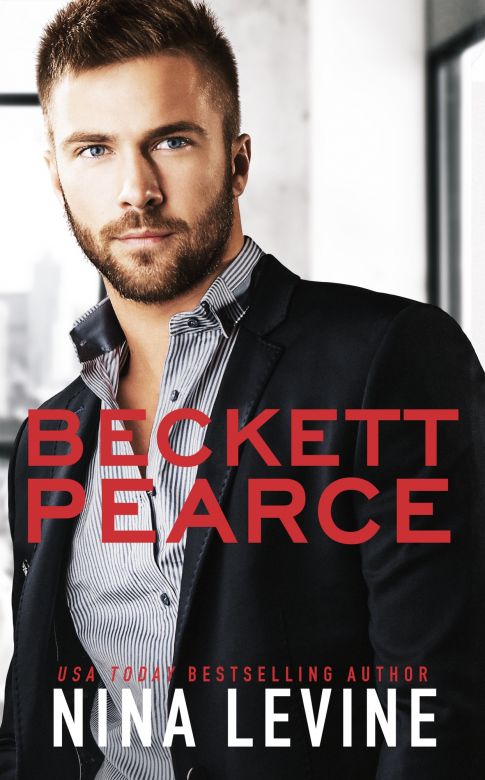 “Nina created a couple you can get lost in and fall so deeply in love with that it feels like it’s happening in real life to you.. The drama, the angst, the epitome of an alpha male, the extraordinary essence of a strong woman who can hold her own, the sexy scenes, and the HEA that you would hope for is exactly what you’ll get and more.”

“These two together!!!! Explosive, combustible!!!! Hard to find just the right adjective!!! But I absolutely loved them!!!!”

My ex’s best friend just paid a million dollars for a date with me.

I’ve known Beckett Pearce for two years.
I’ve disliked him for just as long.
He’s been voted New York’s most eligible bachelor twice.
And it’s not just his billions they want him for.
He’s an eleven in a ten world, but I can’t imagine anything worse than dating him.
He may have money, power, and good looks, but he’s also arrogant and infuriating.
Yet here I am.
On a million-dollar date with my ex’s best friend.

Beckett Pearce is a standalone frenemies-to-lovers, billionaire romance featuring opposites who most definitely do attract, a hilarious bachelorette auction, crazy family antics, and the kind of steam that might make your e-reader self-combust. All the feels, laughter, and a HEA you’ll be swooning over.

Beckett just dropped a bomb, and he seems to have no freaking idea. He’s sitting there watching me silently like he didn’t just tell me I’m his first real date since his divorce.

What is this night? Like, for real, in what universe do Beckett and I go on an actual date? And don’t even get me started on the fact I don’t want to stab him in the eyes yet. Or the fact I desperately want to know where that other tattoo of his is.

I trip all over my words with the waiter as I attempt to order another wine. I think I manage it. The waiter seems happy enough with my order, but God knows what drink he’ll come back with. And there’s Becket, watching me with an expression I’ve never seen on his face. I have no idea what he’s thinking, and that only bewilders me more.

So he wants this to be a date. You can’t say you’re not enjoying it more than every other date you’ve ever been on.

My thoughts are so messed up that when Beckett doesn’t fill the silence between us, I throw out, “Don’t take another date for granted. We’ve still got the rest of the night to get through, which means there’s still time for you to make me want to stab you.”

The asshole grins. Seriously grins like he’s having the time of his life. “Good to know. I’ll be on my best behavior.”

“Plus,” I carry on, my thoughts nowhere near untangled, “I have a hundred more questions for you tonight. You’ll probably decide this isn’t the date for you before we even get through them.”

He jerks his chin at me, that damn smile still in place. “Hit me.”

Without stopping to put any thought into it, I say, “Do you believe mothers should stay home with their kids, or are you good with them having a career?”

“I see we’re moving straight to the hard stuff,” he murmurs.

“Agreed. And if you were a father, would you babysit your kids on a weekend your partner went away for a girls’ weekend, or would you have a nanny look after them?”

“Firstly, it’s not babysitting if it’s your own children. And it would depend on whether I had work commitments as to who looked after the kids. If I didn’t have to work, I wouldn’t call the nanny in.”

The waiter brings my wine, and I drink some while thinking about how well Beckett answered that question. I used the term babysitting on purpose; more points to him for picking up on that.

“Okay, next question,” I say. “Imagine you’re dating or married to a woman who earns more than you. How do you feel about that?”

He reaches for his drink. “It wouldn’t bother me.” He drinks some scotch before saying, “It’s my turn for a question now.” At my nod, he says, “How does tomorrow night sound for our next date?”

My eyes widen. I’m going to need a lot more than twenty-four hours to get myself together for a second date. I guzzle some more wine while trying to ignore his demanding eyes.

“No,” I blurt, instantly wishing I could drag that word back into my mouth and then instantly wondering what the hell is wrong with me that I want to do that.

His brows lift. “No as in you’re not free tomorrow night?”

“No as in I need to think about this.”

“There’s nothing to think about, Jenna.”

“That’s the difference between men and women, Beckett. I want to go home and think about everything we said and did tonight. I want to think about how you make me feel and whether I want to experience more of that. I want time to process every little thing before I make a decision about a second date.”

“So what you’re saying is, you want time to think about what you already know because you do know what you want, you’re just not ready to admit it.”

I stare at him for a long few moments before pointing my finger at him and saying, “See, this is the arrogant Beckett I could stab in the eyes.”

He doesn’t respond to that except to keep his gaze firmly on mine while saying, “And I’d let you do that if it moved you closer to accepting what’s happening between us.”

The way he says that, while watching me like I’m his sole focus in the world, causes me to inhale sharply. Beckett isn’t saying he’d actually allow me to stab him in the eyes, but I’m hyperaware of what he is saying; he’s going to do whatever it takes to make this second date happen.

The fact I feel that awareness deep in my core in the very best of ways stuns me, but it shouldn’t. Not with everything that’s already happened between us tonight.

The simple truth is Beckett’s right.

I already know I want a second date with him, but I’m not ready to admit it.

Taking a deep breath, I say, “I don’t know what’s happening between us, Beckett. What I do know is I have a lot more first-date questions for you to get through before I make a decision about a second date.”

He takes that in, remaining silent for a long beat. Finally, he nods and says, “I’m an open book, but if you think you’re scaring me off by asking me the kind of questions you’ve been asking, you need to know this about me: when I want something, nothing gets in my way or scares me off.”

I’ve seen Beckett chase what he wants in business, and he’s not lying.

I’ve never seen him chase a woman before, but I’m fairly certain I’m about to.

And I’m feeling a million different emotions over that, the least of which is excitement.

Because, if I’m honest with myself, I want Beckett to chase me.

Oh God, how I want that.