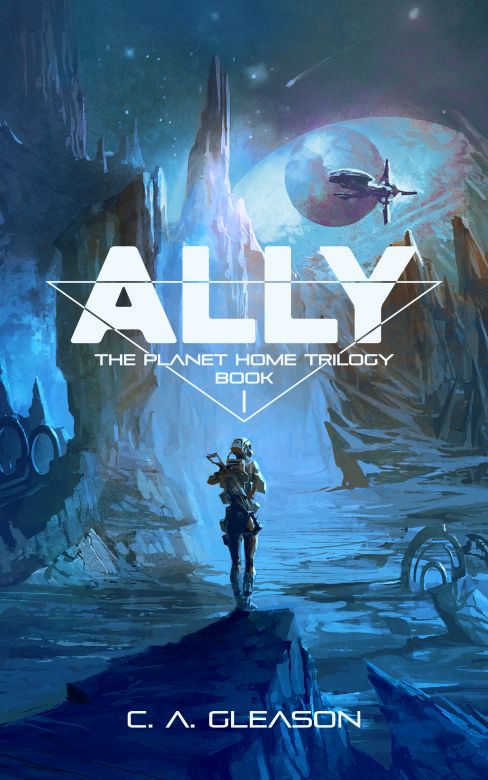 Deep in space, the inhabitants of Planet Home regularly dig up broken-down relics of war, but this time they’ve discovered something different: a map with a cryptic destination. The location is meant to be found, but only few people know about it—including Royah.

As the town she lives in is becoming increasingly dangerous every day, while the only food source inexplicably dying out, someone must go east. The map likely holds secrets that will help them survive. Royah decides the quest will be hers. 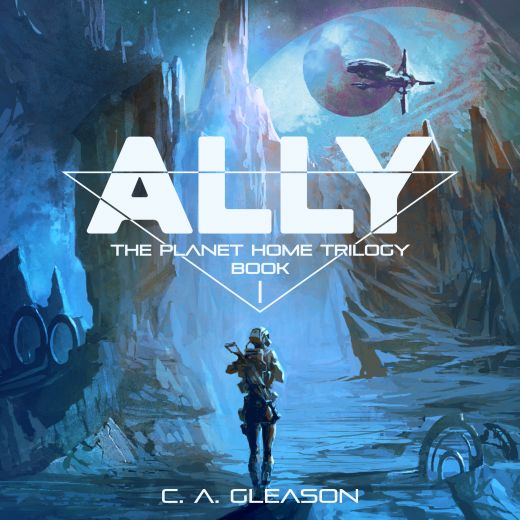 They remained outside. There were over a dozen of them as Melvin arrived, but they were still visibly nervous. Even with him there. For good reason.

Every one of them heard the stories. Anything they suspected was true enough to warrant caution.

All was going according to plan. He already had their currency delivered. Half of what he owed anyway. He would pay the rest after. If they survived. He wasn’t stupid.

The experiment itself was already under way. The town of Orthal was perfect due to its proximity. Everyone else, who was led inside the experiment itself, originated from other places thus far. Some of the town names he didn’t even know. Nor could he remember.

“It doesn’t matter.” He hated the nickname he was about to say. It was inaccurate. “You’ll never see me again.”

“What if there’s trouble?”

“Not for you. We’re the ones going in there to get him.”

“Not all of what we’re owed. What if he fights back?”

The man who spoke was the one he’d put in charge. It was annoying really. How things had to go when dealing with others. Especially when dealing with emergers he didn’t know well. It’s why he appreciated his lab partner, Ash. Ash hardly uttered a word.

Working solo was preferred, and ideal, but with so much to do, he allowed working with like-minded Ash. But being in control was why he was able to conduct his experiments in the first place.

And being left alone to work as much as he wanted, allowed him to be in control of everything.

Until he needed to rely on others. Like now.

The weakling’s anxiety was obvious. It was frustrating. It seemed that they merely wanted to get it over with. They knew about who they were going inside to abduct, but not everything.

If he told them everything he knew, they wouldn’t go in at all. They probably wouldn’t even have set foot in town. No matter how much currency he offered.

Not exactly. And not as much of a threat he will one day become. “Yes.”

“So what are we waiting for?”

“I want it to be darker. Others in this town are still being rounded up. You go in now and they might band together.”

“It’s why we have guns. And they’re all going in the pit.”

“Yes, but one at a time. And it isn’t…” It doesn’t matter what he thinks. “Once they’re in line, they’ll go willingly.” He pointed to the pistol the man held shakily. “Drop it and what happens?”

“There’s more of them than you. If they turn on you, some might escape. I need them all alive. Do you understand?”

“What if we have to kill the kid?”

“All this because of him? To see what he’ll do?”

He’d revealed too much. “The details of my work do not concern you.”

“It’s a good thing you’re paying me so much.”

One of the others spoke up, to his annoyance. All of their voices sounded the same. Wailing babies. He only wanted to deal with one, which was one of his requirements.

The man in charge of the others gave the one who spoke up a look.

That illustrated the power of currency. And my control.

“I already told you. When it’s done.”

“But you said we’ll never see you again.”

True. They wouldn’t. He wouldn’t deal with them after this. “I’m going to have someone deposit what I owe, where you will find it…Do you hear that?”

Their voices and quiet mutterings were giving him a headache. The only voice he was used to hearing was his own or Ash’s.

The approaching storm was not so far that it couldn’t be heard already. Home was unlike other planets, or so he’d been told. There was hardly anything to hinder the wind or the wet. Not where most lived. Where they believed, they were forced to reside.

Sound traveled easily over Home, or absorbed something loud, and tonight a storm would mask what needed to happen. Even better than he planned. Did anyone else notice the buzz of a storm that practically matched the hum from the net?

Even if those who were being abducted figured out what was happening to them and why—nearly impossible, he’d plotted carefully—the hum of the net would be overwhelmed by the storm.

Ironically, even the overseer of Orthal knew what was going to happen. His greedy corruption already received all the currency he was willing to pay out to him. Over half of what he would pay all of these men entirely.

“Yeah, what are we waiting for?”

“Let’s get this over with.”

The incoming squall intensified their impatience. He was ready to send them in, but it would be his decision. It was his experiment after all. Once they were quiet long enough, he pointed at the house.

Then Melvin slowly turned to them, relishing his control, the power he wielded over them because of their desperation and desire for something as simple as currency.