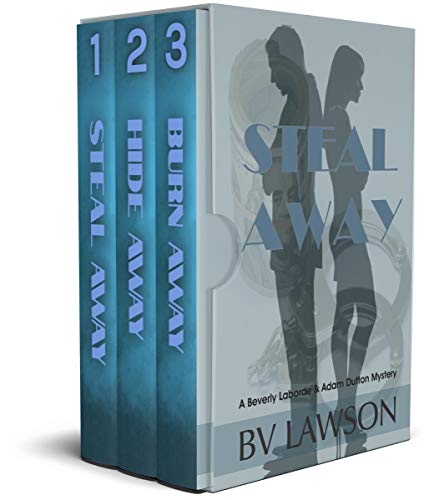 When Beverly Laborde becomes a con artist to exact revenge on the man who shut down her grandmother's antiques business and sent her to an early grave, she comes face to face with the handsome but haunted Vermont police detective, Adam Dutton—who doesn't know whether to arrest her or ask her out on a date.

What started as a personal vendetta for Beverly, against whose a man whose criminal tendrils reach far into Vermont politics and the Northeastern Antiquities League, soon grows into something more. The quirky town of Ironwood Junction, a sympathetic local antiques dealer, and the mysterious "Mr.X" start to chip away at Beverly's hardened outer emotional shell.

But can she possibly push past her issues with trust and betrayal to settle down? And will her quest for vengeance ever truly be over? As Beverly and Adam come to terms with their inconvenient growing attraction toward each other, they have to dodge bribery, theft, extortion, and murder ... to settle old scores and to keep each other safe.

STEAL AWAY: A con woman hoping to take revenge on the man she feels responsible for her grandmother's death has to fight her growing attraction for a handsome Vermont police detective and
the efforts of her nemesis to silence her ... forever. But if she can allow herself to trust her instincts—and the detective—she might just have a fighting chance.

HIDE AWAY: Vermont Detective Adam Dutton has to make one of the hardest arrests of his life—his good friend and godfather, Harlan Wilford, who stands accused of murder. Once again teaming
up with con woman Beverly Laborde, Adam and Beverly must find the real killer before it's too late for Harlan...and for them.

BURN AWAY: When a series of arsons targets Vermont antiques stores, Detective Adam Dutton and con-woman Beverly Laborde worry a shop owned by their friend might be next. But the stakes
take an even deeper and uglier turn after a body is found inside one of the burned buildings. Was it an accident, suicide ... or murder?