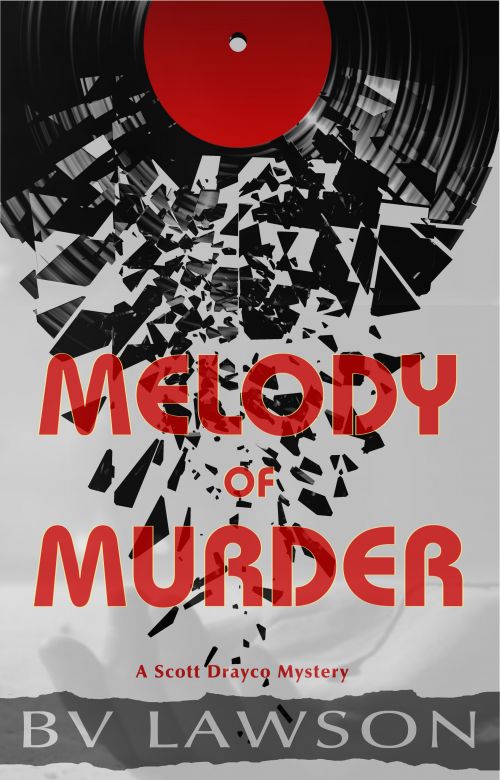 BV Lawson
Follow
How would you solve your own kidnapping? And what if the motive is stranger than you can imagine?
Genres: MysteryPrivate InvestigatorsTraditional MysteriesThrillersCrime FictionSuspense
Buy now
Available in:
Share

How would you solve your own kidnapping? And what if the reason behind it was even stranger than you could imagine?

When detective Scott Drayco is abducted and given a mysterious puzzle to solve, his predicament is bizarre enough. But after he's released and one of his kidnappers is killed—a man who allegedly died five years ago—what began as a puzzling situation turns into an even stranger quest.

Who was the mastermind behind the kidnapping, and what were their real motives? Was the death of the one kidnapper an accident ... or murder? And how did it all tie into Drayco's abduction?

Meanwhile, Drayco's father, Brock, has a new girlfriend with a shady background, and the timing of the relationship feels far too coincidental. When an even shadier connection also appears to be involved in Drayco’s abduction, the stakes become deeply personal.

Scott Drayco opened his eyes and saw nothing but pitch blackness. Why was it so dark? Why couldn’t he move? What the hell was going on?

As his senses came back online, he became aware of a scratchy fabric over his eyes, a rough cord cutting into his wrists, and the roaring of an engine. He forced himself to focus, to take stock of the who, what, where, when, why, and how.

The good news was he was alive, and nothing seemed to be broken. But judging by the engine noise and jarring bumps, he must be in the trunk of a car.

He inched his body around the space as best he could since his hands and legs were bound. It was a pretty tight fit. Whose car was this, and how did he even get here?

He struggled to shake off the brain fog and nausea. After several minutes of pounding his bound fists against the side of the car in hopes the pain would shake him out of his haze, the evening came back to him in bits and pieces.

He was in Georgetown walking down the street to meet a new client for dinner at a restaurant. It was night, it was crowded, someone jostled him . . . and he felt a stinging in his hand. Couldn’t be a wasp or bee in late November, could it?

He’d shrugged it off, and then he got a call on his cellphone telling him to go around the next block to meet his client. The “client” had advised him to take a shortcut—an alleyway—to avoid a large group of noisy street partiers.

He’d headed down the alleyway and made it as far as a couple of blocks. Then his legs turned to rubber, and he felt as if he were in a descending elevator plummeting to the ground. The next thing he knew, he was waking up in the trunk of this car.

Definitely not a bee sting, then. More like some kind of drug, maybe propofol?

The scratchy fabric was apparently a blindfold, and Drayco started working on it, rubbing his face against a piece of plastic sticking out from the side of the trunk. The cloth was pretty tight, but he got it to ride up a bit. It was enough to tell him it was still nighttime because no peeks of sunlight streamed through cracks in the trunk latch.

Good thing he had on his jacket since the forecast called for near-freezing temps. Even so, he could feel the cold seeping through his pant legs.

He struggled to get his bearings. Must be an older sedan, fairly large, judging from the roomier space not found in an economy car. As he moved, he could tell from the rough material that the floor had a carpeted surface, not plastic, reinforcing his hypothesis about the older-model car. But it should be modern enough to have a safety release. If he could operate it.

He took some deep breaths to quiet the rising tide of panic as his claustrophobia bubbled up despite his best efforts to shut it down. He’d had to deal with that not too long ago on another case, and he was getting sick and tired of being stuffed into confined spaces.

He worked on the rope around his wrists to see if he could free himself, but just then, the car began slowing down. Moments later, he heard the crunch of tires on gravel as the car pulled to a stop and the engine cut off.

The banging of car doors soon followed, and then the sound of footsteps. The trunk creaked open, and he was hauled out of the car and onto the ground, where someone cut the rope around his legs so he could walk.

He noticed his blindfold-removal efforts created a gap at the bottom, and he tilted his head up toward the sky—just in time to catch a glimpse of one man’s face staring back at him. The man called out to one of his companions, and someone slipped a hood over Drayco’s head.

Two men, one on either side of him, grabbed his arms and dragged him toward the building he’d also glimpsed briefly. He got the impression it was nothing out of the ordinary, a simple house-like structure with nondescript siding and plain windows.

As they made their way inside, Drayco heard a buzzing noise not too far away . . . and the faint ringing of bells in the distance. Not a siren or cowbells or church bells. This sounded more like a carillon. Very few of those around, so which one could it be? Were they even still in the Washington metro area? They could have been driving for hours, as far as he knew.

He didn’t have time to ponder any of that as his captors guided him down a hallway, pushed him into a room, cut the rope around his wrists, and shut the door behind him. He also heard the distinct sound of a deadbolt lock as it engaged.

When he ripped off the hood and blindfold, he saw he was in a tiny, windowless room that was bare save for one twin bed, a desk, and a chair. The lamp on the desk cast light onto a small tray with a mug perched on it. Not exactly the Ritz, but at least there was heat coming from somewhere, so he wouldn’t freeze to death. Still, his feet were cold, and he stomped them on the floor to boost his circulation.

He spied a tiny bathroom, but it had no door. He looked around for security cameras and didn’t spot one straight away. If there were any, somebody would get a peep show out of it. He hoped that wasn’t the motive behind all of this, but quite honestly, he hadn’t a clue why he was here—wherever “here” was.

He patted his pockets. No cellphone, keys, or wallet. Of course.

The patches of mold and mildew on the otherwise bare white walls stood in silent testament to the fact the bleach he was smelling hadn’t entirely done its job. But the bleach did cover up most of the dankness and smelly neglect of the room.

Studying his prison more closely, he noted the tray and mug weren’t the only items on the desk. Out of curiosity, he walked over to take a better look. There was also a pile of papers, and the one on top had a list of instructions.

He read the words on the paper with growing disbelief. He was brought here to solve a puzzle, which was attached, and the rules were simple: solve the puzzle, ring the bell, and he’d be returned home safely and unharmed.

Bell? Surely they didn’t mean the carillon he’d heard? He looked around for a bell and spied one hanging over the door with a pull rope. Hopefully, he’d be ringing that damned thing very soon. Then again, the “instructions” hadn’t said what would happen if he didn’t solve the puzzle.

He rubbed his eyes. Perhaps the puzzle itself would give him some of his answers, like who was behind this stunt and why. The brief glimpse of one unfamiliar man’s face and the equally unfamiliar building hadn’t helped at all.

He caught only fragments of whispered voices when they removed him from the car—along with the carillon bells—but one voice had a familiar color and tone. He just couldn’t quite put his finger on it. But maybe it was a sedative hangover at work, and it would come to him later.

The question bugging him the most was that surely there were easier ways to get his help than kidnapping? Couldn’t they have merely asked? Even a rogue intelligence group would have found another way.

He got a whiff of an aroma more pleasant than bleach and mildew wafting up from the dark liquid in the mug on the tray. Taking a chance, he dipped a finger into it and tasted it. Black coffee. A plastic spoon sat next to it . . . and a little packet of salt. Okay, now this was getting even weirder. What kidnapper in the world would know he liked salted coffee?

The desk had one drawer, which he pulled out, noting they’d “thoughtfully” given him a writing pad, pencils, pens, and erasers. He flipped over the instructions page and studied the next paper in the pile that he assumed must be the mysterious puzzle.

It comprised a bunch of letters, both English and French—with grave and acute accents and diereses—arranged in small groupings. The puzzle filled up an entire legal-sized page. At first glance, it seemed like a simple substitution cipher where one letter stood for another. But it couldn’t be that easy, could it? Why in the world would they have needed his expertise, if so?

The instructions didn’t say how long they would give him to solve this code. Hours? Days? Weeks? Did he have an expiration date?

With his adrenaline level still kicked into high gear, he knew he wouldn’t get much sleep despite the sedative hangover. He might as well tackle the puzzle first. The sooner he solved it, the sooner he’d get out of here—unless they had no intention of “returning him home safely and unharmed,” as the note said.

Still, it wasn’t like he had a lot of options at the moment. With a sigh, he sat down in the chair and grabbed a pencil. Time to get to work.