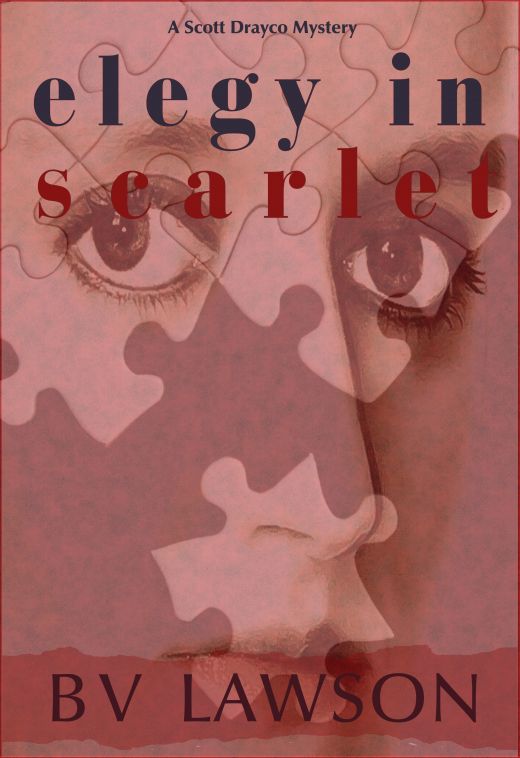 What if a large part of your past turned out to be a lie?

Detective Scott Drayco is already in the middle of a possible career-ending legal battle when  word comes that his mother, who disappeared 30 years ago, is very much alive—and charged with murder. With Drayco's father washing his hands of the matter and police convinced the woman is guilty, everyone tells Drayco he should just walk away.

But Drayco can't leave it alone and becomes obsessed with uncovering the truth:  is his mother really a killer? Why did she suddenly leave her husband and children to vanish without a trace? And where has she been all these years?

Drayco learns there are plenty of people who wanted the victim dead, including a shadowy stalker who seems to have a mysterious connection to Drayco's mother. As he wades hip-deep into secrets, lies, and cons, Drayco begins to wonder if the case is all part of an elaborate scam...where the only one being fooled is Drayco himself.

“This labyrinthine novel is great for those who love to be as intellectually frenzied as the detectives in the stories they read. They'll be eagerly flipping back to look for Lawson's strategically placed clues.” - Library Journal

Softly back from the old-world come.

Faintest odours around them straying,

Courtesy cold of hearts on fire—

Music sobbing, and a dream that dies.

If the hearing was a farce, it was nicely choreographed. The members of the Board of Appeals and Review looked down on Scott Drayco from behind their table on the elevated platform, two men wearing glasses bookending a woman in the middle. All three sported black suits as if attending a funeral, and in a way it was—the potential death of Drayco’s career.

The man standing next to Drayco, Benny Baskin, Esquire, wasn’t wearing his usual platform shoes, making him closer to four-six than his usual four-nine. Benny had opted against a black suit, his olive green number reminiscent of a military general dressing for battle.

Drayco tried his best to look neutral and professional, despite his own charcoal tweed getup that made him itch in the hot, windowless room. He’d be wearing a white flag of surrender, if D.C. Mayor Gavin Kozell had his way—the same mayor who’d been good friends with Andrew Gilbow, now lying in his grave thanks in part to Drayco.

As if the images of the dying Gilbow enveloped in a wall of flames weren’t enough to hijack Drayco’s thoughts, he was distracted by the odor of the room, like someone had mopped up vomit with a saccharine-sweet cleaning solution. It was a fitting accompaniment to the maroon razor blades that squeals from the heating vents were flinging into his eardrums. He silently cursed his synesthesia and tried to block out the assault on his senses and focus instead on the tribunal trio.

Board member Saul Bobeck peered at Drayco. “You understand this conference is to refine the issues before your evidentiary hearing? Stipulations, pending motions, approval of prospective witnesses. An assessment of your case’s settlement potential?”

Drayco nodded. He almost looked around, but there was no audience to see. Benny had gotten his way with that one—no gawkers, no media, just empty seats.

Bobeck droned on, “Mayor Kozell requested this action due to D.C. Code section 2010.1, pertaining to the licensure of private investigators. And violations of the code, including any offense involving fraudulent conduct in the judgment of the mayor.”

Baskin spoke up. “May I remind the board my client was not charged with any crimes by the Metropolitan Police Department? And absolved of any foul play in the death of Professor Andrew Gilbow? In fact, they found it was self-defense on my client’s part and decided not to press charges. I can only conclude the mayor is mistaken in his assertion of any alleged ‘fraudulent’ conduct.”

Bobeck doubled down. “The MPD agreed the bullet in Professor Gilbow’s skull was from your gun, Mr. Drayco, is that correct?”

Baskin had warned Drayco not to speak unless he gave a quick flip of his left wrist. Baskin’s hand stayed by his side, so Drayco let the attorney answer. “Yes, but the primary cause of death was from the fire. And for the record, it’s Dr. Drayco.”

“Well then, Dr. Drayco, you admit Gilbow was still alive when shot?”

Baskin shifted his feet but not his hands. Again, Drayco stayed silent. “The Medical Examiner determined that to be the case, yes. But only barely alive. He would have died within moments, regardless.”

The woman in the middle, Carlotta Peggs, asked, “This gun was fully registered with the MPD as required by law, is that correct?”

She shuffled through some papers on the desk. “I don’t see any witnesses listed for the evidentiary hearing.” She stopped on one piece of paper. “Ah, here we are. Two names. Detective William Gonzalez of the MPD and FBI Special Agent Mark Sargosian. They were both present at the scene, it says here.”

Peggs glanced at the other two board members. “I have no objections to these witnesses, do you?”

The two men shook their heads, and the third member, Douglass Scarpato, finally spoke. “I think we know why we’re here. Professor Andrew Gilbow was an esteemed member of the academic community. A nationally known consultant in high-profile court cases and on television.” Was there a hint of sarcasm in his voice? Drayco couldn’t tell by looking at the man’s blank face. Best not to read anything into it.

Baskin added cheerfully, “You forgot the part about being a serial killer. Whose horrific actions my client,” Baskin nodded at Drayco, “unmasked, thereby preventing any additional murders. In my opinion, this board should be convening to offer him a medal, not grilling him on baseless charges.”

Scarpato coughed and hid his mouth behind his hand, making it hard to tell if he were frowning or trying to stifle a laugh. Perhaps Scarpato was on Team Drayco. Just, as it seemed, was everyone except the mayor. Benny had hit the ceiling upon learning about the mayor’s “bee-up-his-butt vendetta” and fought to get the mayor’s case dismissed. No dice.

Benny had also told Drayco earlier he thought he could count on Scarpato and Peggs. He wasn’t as sure where Bobeck stood since Bobeck and the mayor were a lot closer than the other two board members. That suspicion was borne out when Bobeck continued the questioning, “It’s the preferred procedure to capture a suspect alive, is it not? To give his side of the story, perhaps prove his innocence?”

Drayco almost jumped into that one, but Baskin beat him to it. “And if law officers are killed first, their side of the story will be silenced. In the heat of battle, they hardly have the luxury for a meeting like this before taking action to protect themselves.”

Benny grabbed a stack of documents and waved them at the board. “The evidence against Gilbow is overwhelming and verifiable beyond any shadow of a doubt. Had he lived, he’d be warming a jail cell right now and facing life in prison. His survival would not have changed that cold, hard fact.”

Peggs leaned forward in her chair. “My colleague makes a valid point. However, I disagree with its intent or relevance. Do you have any motions to present on behalf of your client at this time, Mr. Baskin?” The frown on her face at the mention of her colleague was interesting and made Drayco sit up straighter. Maybe Team Drayco just added another member?

Baskin tossed the papers back into his briefcase. “I’m requesting a dismissal of the case on the grounds it is fundamentally baseless and unfair.”

Not surprisingly, Bobeck was the one to reply. “There must be complete agreement on that count. And since I do not agree, your request is denied. The evidentiary hearing will go forward.” He looked at his watch and jumped up.

Drayco joined him in standing as did Peggs and Scarpato. But before his exit stage left, Bobeck added, “The hearing will be held on February the twenty-first. I expect to see you there.”

The man didn’t glance at any papers or digital calendars before making his pronouncement. Which could only mean one thing—he’d decided before the hearing started that Drayco should be forced to endure a protracted legal battle. The mayor wanted a scapegoat, Drayco was the target, and Bobeck the facilitator.

Drayco waited for the remaining two board members to depart, leaving him and Benny alone. The air vent whistled and started blowing out hot air again, making the sweet-vomit smell grow stronger. Either that or Drayco was having a stroke. He flicked his wrist at Benny and rocketed past the rows of deserted khaki chairs toward the exit and much-needed fresh air.