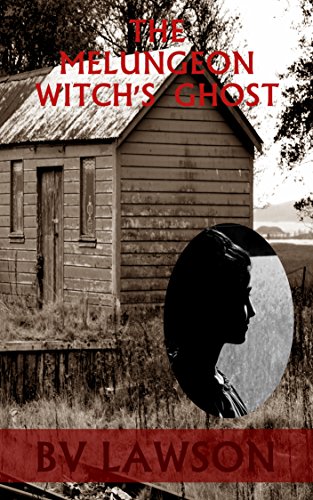 A 6,000-word Kindle short reads tale of suspense, romance, and the supernatural set between the two World Wars in the Appalachians

In the third installment in the Melungeon Witch short-story series, Sheriff Daniel Praeger's three-year-old son finds a "sleeping man" in the woods. Daniel realizes the man has been murdered - and was himself accused of murdering his own wife a year ago.

Melungeon healer Cephea Collins steps in to help, even as her feelings toward Daniel grow with each passing day, making her doubt her judgment.

With the dead man's family being uncooperative and Daniel's ex-girlfriend turning up the heat, can Daniel keep his son and Cephea safe while sorting out his own conflicted emotions?

"Now this story was close to brilliance....The main character was truly three-dimensional, a noteworthy feat especially in a short story. The plot was fast, dark and thrilling." - IHeartReading.net

"Kept me guessing until the very end. I'd recommend this book to experienced mystery readers who enjoy wrestling with skillfully placed hints that don't easily reveal their secrets." - Long and Short Reviews

"We've had the pleasure of reading these tales and can enthusiastically recommend them." - Omnimystery News

"...One of the best shorts I've read this year. Scary and triumphant in the bleakest kind of way with two of the best characters I've read. - AJ Hayes, author of the Mad Dog and Englishman series

Scroll up and grab a copy today!