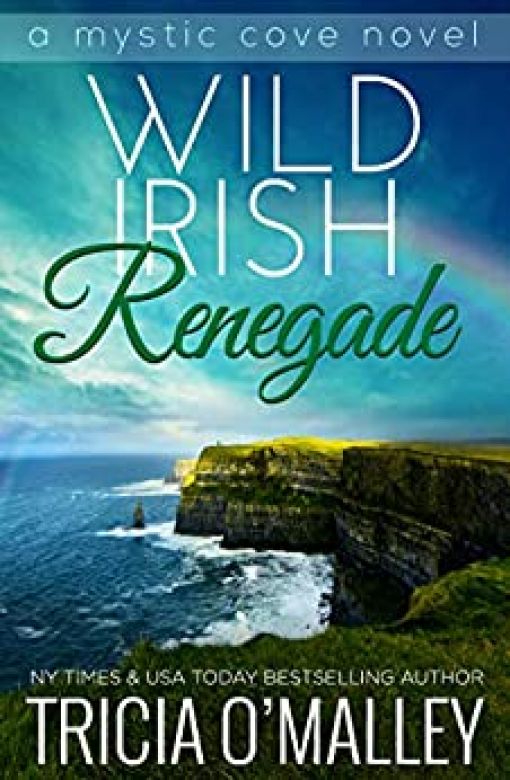 Maybe all the stories in the magazines weren’t true…Niamh Kearney has one goal in life – to finish out her schooling so she can help children with extra-sensory abilities like her own. Niamh leads a private life, and only her closest friends and family knew of the secrets she holds. When a handsome and very famous rugby player stumbles his way into her life – quite literally, that is – it only takes one date for Niamh to determine that she can never have a future with this man. Celebrity magazines, flashy cars, and fancy restaurants hold zero interest for Niamh.William “Mac” MacGregor is Ireland’s darling and a favorite of the gossip magazines. As a star rugby player, he is constantly followed by paparazzi and lives his life in the limelight. Not that he particularly enjoys the attention. Mac’s difficult past, and his own deeply buried secrets, makes him cautious about letting anyone get too close. Until he meets Niamh that is. Instantly taken with the warmth in her eyes, her instinct to nurture, and the sense of rightness he feels when he’s with her – Mac must convince Niamh to look past his reputation and to see him for who he really is. 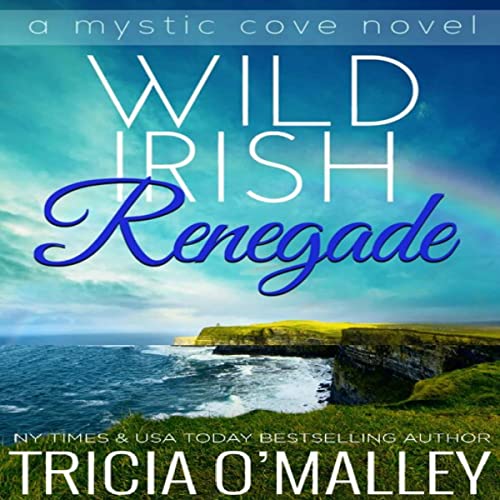 “Watch it!” Niamh Kearney shouted, but it was too late. Like seeing a horror movie
in slow motion, she stared in shock as an entire cup of coffee – not hers, either – toppled over and soaked her ancient laptop. It just showed how distracted she was by the
presence of the coffee-spiller, none other than William “Mac” Macgregor himself, that
she hadn’t used her powers to stop the cup from spilling before it destroyed her
computer. The computer which held the proposal she was meant to submit to her
professor next week for a home-based study on the science and myths of telekinesis. The
proposal that would lead to her thesis that would lead to her graduation, a year early,
from University.

“Oh shite, I’ve gone and made a mess of things, haven’t, I?” Mac grabbed napkins
and began to mop up the table while cameras flashed around them. Heat flooded
Niamh’s cheeks, and she turned away from the cameras, knowing a red flush would be
tinging her porcelain skin. She wished she was one of those women who could get angry or upset without it showing acutely on her face, but alas, that was not one of her gifts.

The last thing she wanted was to have her furious face looking like a bright red apple
splashed across all the gossip magazines.
And one thing was certain – where Mac went, the paparazzi followed. He was
Ireland’s rugby star, a god among men, a fantasy to women, and right now? An absolute annoyance to Niamh. She wanted him, his fake-contrite expression, and his cameras away from her – now.
“Just stop!” Niamh hissed as he awkwardly patted her laptop with napkins dripping
in coffee. “You’ve ruined my computer and I had critical documents on it.”
“Can’t you just retrieve them from the cloud?” Mac asked and then winced when she severed him with a look.
“I don’t have the cloud on this computer. It’s ancient. But it’s reliable. Well, it was
until you came along to preen for the cameras and decided to murder it.”
“Ouch,” Mac said, holding a hand to his chest. His very muscular chest, which Niamh
was refusing to notice – so she told herself. The man was built like a tank. Tall, broad
shouldered, and rippling through with thick muscles, Mac exuded charm and deadly
strength in equal amounts. People instinctively moved out of the way when he walked into a room and then immediately turned back when they realized who he was. Now, the entire coffee shop, including the women who had stopped to take photos with him, watched the debacle unfold with bated breath.

Niamh loved her little corner coffee shop, Bee & Bun, as it had a long-standing
tradition of combining modern aesthetics with the comforts of home. She’d spent many hours here, tucked behind the little alcove in the back room, staring into the fire as she worked through one complicated hypothesis or another in her head.

“Just go on with yourself. I need to clean this up.” Niamh smiled a quick thanks to
James, part-owner of the café, when he brought several dry towels for her to use.
“I’d get that in a bag of rice quickly,” James advised as he gave Mac an aggrieved look
before returning to the counter.
“Why would you put it in rice?” Mac asked, grabbing one of the towels before Niamh
could stop him. He began to wipe each individual key of her keyboard, and for a
moment Niamh was transfixed by his powerful hands and how they moved softly over the keys. Would he be that gentle with a woman? Shaking her head, she looked up at him as she patted the towel across her soaked pants.

“Rice is meant to soak up the moisture. It’s not a fail-proof way to save your
electronics, but sometimes it works. Sure, and I can’t believe you haven’t heard of this
before. Haven’t you ever dropped your phone in water then?”
“I just buy a new one.” Mac shrugged as though it was the easiest thing in the world.
“Well, now, isn’t that nice? I guess not all of us can afford to replace our electronics
every week like yourself.” As a few of Mac’s women giggled at her, Niamh shoved back
from the table. She wasn’t going to be made to feel like some pauper because she took
care of things that mattered to her. “Just stop. I’ll take care of this.”

“Hey, I really am sorry. The least I can do is buy you a new computer.” Mac held a
hand to his heart, giving her a soft smile combined with puppy dog eyes. It was highly
effective, and Niamh imagined it had worked with thousands of women through the
years. With golden-brown hair, sparkling blue eyes, and a wide grin, Mac’s face was
made for magazines which was why he was the paparazzi’s darling. His photos sold well,
and millions of women sighed over his antics each week in the gossip columns.
“What you can do is leave me alone. You’ve given me enough trouble for the day.”
Niamh leveled him with a look that dared him to challenge her. The moment drew out
between them as he took her measure and realized just how upset she was.
“I understand. Again, I’m truly sorry.”
For a moment, Niamh saw past the flash of his exterior to the man within. She’d
learned enough about reading people with some of her extra-sensory gifts that she knew he wasn’t lying. The man was contrite. It was just that he couldn’t help being who he
was – a filthy rich and incredibly famous rugby star. Life was just easier for people like that; doors opened for them, and new computers were a dime a dozen.
Different worlds, Niamh told herself as she wrapped her computer in the towels and
shoved it into her bag. Just because they came from different worlds didn’t mean he was inherently a bad person – just a clumsy one.
“No bother. I’ll get it sorted out.”
“Can I buy you a coffee or something?” Mac asked, as she went to move past him.
Niamh paused. Though he wasn’t exceptionally tall, Niamh had not been blessed in the height department. Forced to look up at him, she just shook her head.
“No, Mac. I don’t need anything from you.”
“I know you don’t. I can tell you’re the type of woman who takes care of herself. But
perhaps you’re wanting a cup of coffee with me? Not needing?” The easy charm again,
which Niamh was sure had worked for him countless times. It slid over her, enticing her
to take a moment with one of the most famous men in Ireland, but she resisted.
“I don’t need, or want, a cup of coffee with you. What I want to do is go see if I can fix
my laptop before I lose my work.”
“That’s fair. Can I at least get your name?”
“If I give you my name, will you stop blocking my way?”
Immediately Mac moved out of her way, and Niamh was surprised to see a faint flash
of embarrassment in his eyes.
“I didn’t realize I was blocking you. My apologies, again.”
“My name is Niamh. I really must be going.”
“Good luck with the computer, Niamh. If it doesn’t work, here’s my private number.
Call me and I’ll get you a new computer. I promise.” Niamh hesitated at the card he held
out to her, but not wanting to feel like a complete bitch, she took it and tucked it in her bag.
“I won’t be calling you. But I appreciate the gesture.” With that, Niamh strode past
the women who were now glaring at her, having seen Mac pass her his card, and turned her head from the cameras pointed in her direction. At the very least, Niamh was
grateful she hadn’t come to the coffee shop in her leggings and baggy jumper that day.
Instead, knowing she had a meeting later, she’d donned leather joggers, slouchy suede
boots, and a black sweater with gold zippers on the arms. Fashion was a love for her, but
Niamh almost exclusively thrifted her clothes. While her parents insisted they could help her through Uni, Niamh had wanted to do it on her own. It was nice knowing she had the support if needed, but it was more important for her to make it on her own.
Which meant she’d have to dip into her meager savings if she couldn’t fix the laptop.
Sighing, she left Bee & Bun and pulled out her phone to look up the nearest computer
repair shop.
It was going to be a long day.