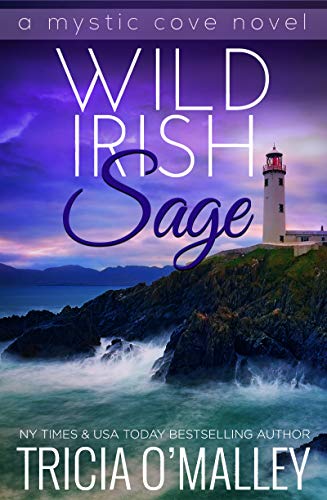 Book 9: The Mystic Cove Series
Tricia O'Malley Founding author
Follow
1
On the magickal shores of Ireland, all is not as it seems in the picturesque village of Grace's Cove.
Genres: Paranormal RomanceWitchesRomanceContemporary RomanceFantasy RomanceSmall-town RomanceRomantic Fantasy
Buy now
Available in:

Kira Delaney is a free spirit – following the whims of her creative heart as her photography career whisks her around the world. For the first time, Kira is taking a much-needed sabbatical from work to return to Grace’s Cove to run her mother’s art gallery. But six months is a long time to stay in one place, so she’ll need a distraction – like the handsome stranger with the great aura who wanders into the gallery one day.Brogan McCarthy wants to escape the demons of his past. Having recently lost the only person who’d ever stood for him in his life, Brogan comes to Grace’s Cove to clean out his Gran’s cottage and decide what his next steps in life are. The last thing he expects is to be derailed by a witchy-eyed woman who enchants him at first sight.Now, it’s a race against the clock to see who can figure out their lives first – and if trusting someone is the greatest weakness of all. 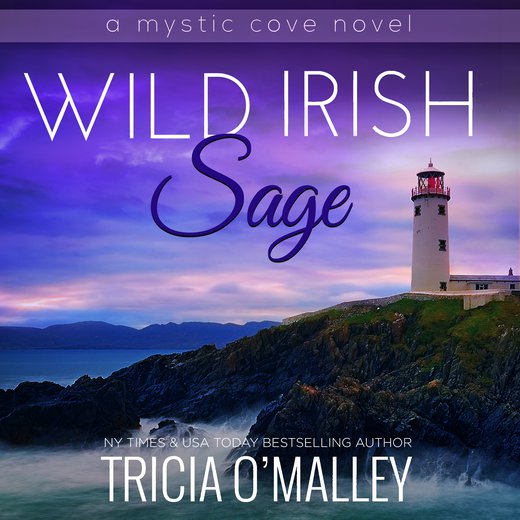 Kira Delaney was interested in one thing and one thing only – how to steal one of the scones that had been delivered in a care package for her mother, Aislinn. The basket brimmed with pastries, all but taunting her from the counter of her mother’s gallery, and the lovely scent of cinnamon wafted her way as she drifted closer. Still warm, Kira thought as she shot a glance to the front window of the gallery. Gracie had already left

for the pub, so Kira should be in the clear.
She reached out, then paused as her phone buzzed on

the counter. Kira picked it up and rolled her eyes.

Don’t you eat that scone.
I have no idea what you are talking about.
Nice try. Take them to your mother. I magicked them so

if anyone else eats them without her permission, they’ll get sick.

You wouldn’t dare.
Okay, fine – try one.
“Damn it.” Kira slammed the phone down and glared at the basket of scones. In all likelihood, Gracie was lying. But did she want to chance that and risk spending the afternoon in the bathroom?

“Bloody magickal women. The power goes straight to their head.”

“Oh, I’m sorry – I didn’t realize anyone was in here.” Kira turned as she spoke, a shiver going down her neck, as she was someone who was typically quite aware of her surroundings. In more ways than one.

“I didn’t mean to be startling you. I just wasn’t sure if you were speaking to me.” The man gave her a disarm- ingly sweet smile, his dark hair curling from beneath the knit cap he wore. Kira’s senses stood at attention as his clear blue eyes met hers, and a lazy, languid warmth slid through her. Well, hello, she thought. The last thing she would have expected was to find a handsome man wandering a town where she knew everyone by name.

“I wasn’t, at that. I was cursing my wily friend who has gone and dropped off some scones for my Mam and insisted that I can’t have one for my own tasting.”

“That’s downright cruel, it is.” The smile deepened in the handsome man’s face and so did Kira’s interest. Maybe there would be some enticing distractions to be found in little Grace’s Cove over the next six months.

Kira’s mother had recently torn a ligament in her knee and needed surgery. Unsure what to do with her gallery, Aislinn had asked if Kira would be interested in running it. Kira’s photography career afforded her a flexible schedule so she had been happy to help, though she was certain her father had weaseled a few extra months from her so he could get a vacation out of it. He planned to whisk Aislinn away for an easy holiday in Portugal; she could paint by the beach during her recovery, and Baird could make sure she didn’t overdo it.

It was Kira’s first week reporting for duty, and already she was overwhelmed by how much was involved in running Aislinn’s gallery. That must explain why she’d not even noticed there was a customer in the store – and a handsome one at that.

“It is. And I swear she can read minds. I was just about to sample one – just to be making sure they’re tasty for Mam – and she messaged me to keep my paws off. You’d think she was spying on me.” Kira leaned against the counter and shot the man a wide grin.

“If you’ve a hankering for good scones, I suggest the café at the end of this street. They do a lovely pot of tea and clotted cream with the scones – you can’t go wrong.”

“I’ll take that recommendation. The weather looks to be turning moody again, so I won’t get further with any of my plans for the day.”

“Traveling through, are you?”

“Not particularly.” The man smiled at her, then turned to a rack of postcards featuring prints of her Mam’s works. “I’ll take a few of these and be on my way before the rain hits.”

“Three for ten.” Kira nodded at the rack and turned, her curiosity piqued. His aura – a rich blue with hints of green – suggested he was a man she would absolutely be interested in getting involved with. However, his non- answer to her question was slightly troubling.

Shrugging it off, Kira rounded the counter and stood by the cash register so the man could pay for his purchases before the clouds unloaded their burden.

“This is a nice gallery.”

“Thank you. It’s my Mam’s. Aislinn is her name and she’s the artist of these fine portraits you’re buying post- cards of.” Kira tapped the postcards before sliding them into a small brown paper bag.

“I am an artist, but in a different medium.” Kira smiled at him, leaving out any more information. After all, he hadn’t been particularly forthcoming with his own details.

“I’m sure whatever you create must be equally as charming.” The man glanced to the windows where the sky had grown darker. “That’s me off, then. Now, you’ve got my mind on scones. A pot of tea will do just the trick. Have a nice afternoon.”

“Same to you...” Kira let her voice trail off into a question, but the man didn’t offer his name. Instead, he hunched into his raincoat as the first few drops splattered to the pavement.

She looked down at the banknote he’d given her. If she wanted, Kira could close her hand around it to see what insights it would give her on the man who had just held it. It was one of her gifts, passed down to her along with a few other more notable traits; it also tended to be one of the trickier tools at her disposal. Particularly where money was concerned. She’d not only pick up on the man who had just touched the money, but also several people before him. An item that passed through too many hands could give a very inaccurate reading.

“I hope he sticks around,” Kira said out loud to the empty gallery as the skies opened up and rain tumbled down. She could do with a distraction or two, and a very delicious-looking man with a good aura would serve nicely.