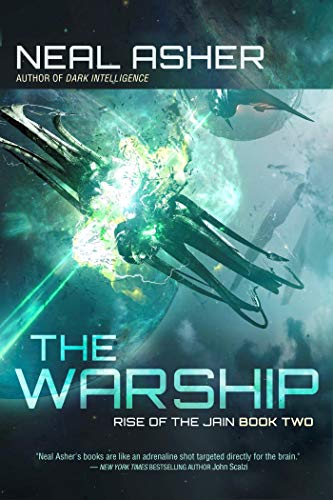 The dangers of ancient technology loom over the Polity in the sequel to The Soldier, Neal Asher’s latest action-packed space opera series. The haiman Orlandine, charged with safeguarding lethal Jain tech swirling inside an accretion disc located in the distant reaches of space, has weaponized a black hole to eliminate the threat. But others are suspicious of her motives, and both the Polity AIs and the leaders of the alien prador kingdom dispatch fleets of warships in anticipation of conflict. As the black hole continues to eat its way through the planets in the accretion disc, making its way towards a dead sun, it becomes clear the disc has been hiding a larger secret. Nefarious forces with ulterior motives have manipulated Orlandine into deploying the black hole, triggering a series of larger events that will uncover a danger far older than even the Polity itself. From British science fiction writer Neal Asher, The War Ship picks up right where its predecessor, The Soldier, left off, showcasing Asher’s unique take on cutting-edge and fast-paced science fiction.