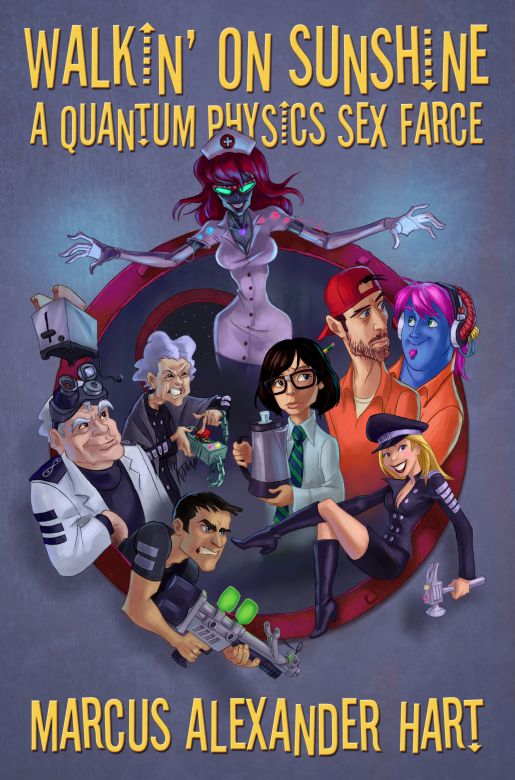 (PLEASE BE AWARE: This is the script for a stage play, not a novel.)

When a doomsday weapon falls into the hands of a psychotic 184-year-old woman, the galaxy’s only hope for survival lies with a slacker satellite repairman, a nerdy co-ed, a forgetful blue alien, an unhinged infantry grunt, a lecherous mad scientist, and a buxom military commander with a secret agenda.

As diplomacy is eclipsed by desire, their desperate peace conference quickly devolves into a madcap, space-age bedroom farce. To further complicate matters, this lusty bunch of misfits are bedeviled by a malfunctioning time machine and a rogue surgical droid that keeps swapping their brains! Can they make sense of their shuffled identities and mangled timelines before they trigger a galactic apocalypse?

Geeky, sexy, and relentlessly silly, Walkin’ on Sunshine is like an episode of Three’s Company written by Stephen Hawking!