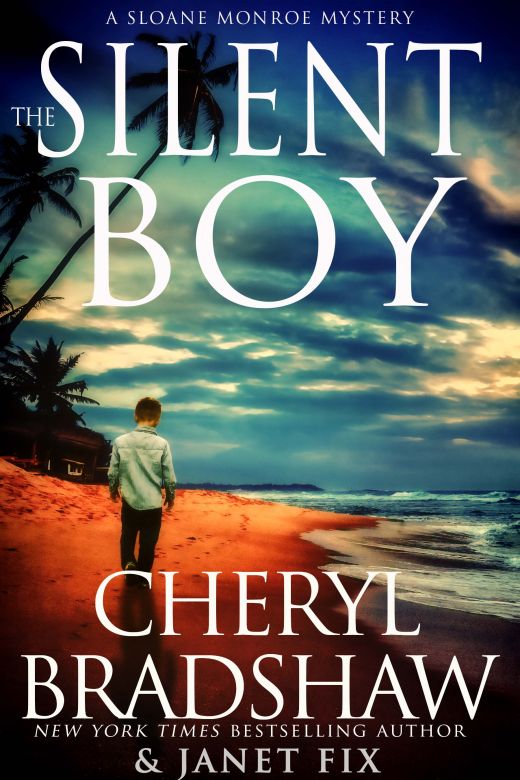 Book 1: Sloane & Maddie, Peril Awaits
Cheryl Bradshaw Founding author
Follow
Janet Fix
Follow
Sloane is about to face the most challenging case of her life, and this time, it hits too close to home.
Genres: MysteryCrime FictionSuspense
Buy now
Available in:
Share

Private Investigator Sloane Monroe is about to face the most challenging case of her life, and this time, it hits a little too close to home.In the dirty hallway of a local tavern, six-year-old Louie Alvarez plays with his race cars, waiting for his mother to take him home. A scream rips through the air. Louie freezes, then turns, staring at the room at the end of the hallway where the sound had come from.His mom was in that room.Louie inches toward the door and peeks through the crack. Inside, his mother begs for her life, but it’s far too late. Her fate has already been sealed. As a gunshot sounds off, a terrified Louie drops his race cars. In an instant, all eyes are on him, and there’s only one thing he can do now—run.The Silent Boy is the first book in the Sloane Monroe spinoff series, Sloane and Maddie: Peril Awaits, written by New York Times & 11-time USA Today bestselling author Cheryl Bradshaw and longtime editor Janet Fix. Together they’ve created a pulse-pounding, page-turning mystery series you’ll love. Grab your copy today and get swept up in a twisty tale of secrets and lies that will have you up reading all night. 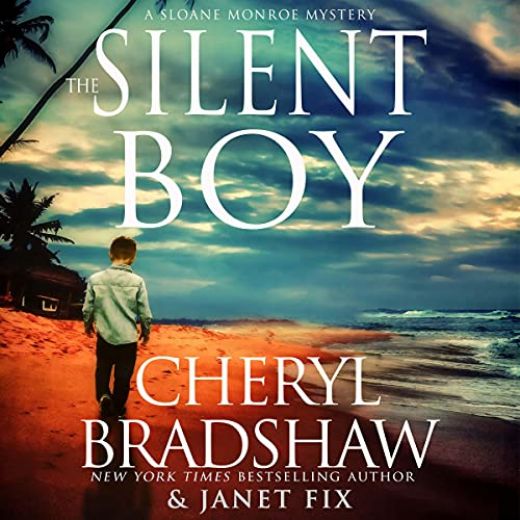 In the dirty hallway of a local tavern, six-year-old Louie Alvarez played with his little race cars as he waited for his mother to take him home. He sometimes hung out there while she finished the early shift as a waitress. Today was one of those days. To keep himself occupied, he drove the cars along the rough planks of the floor and the patchy stucco of the walls, making whirring noises as they went up and down, round and round …

A scream shook the air.

Startled, Louie shot up, one hand clutching a race car and the other grabbing his pants to keep from peeing himself. Heart pounding, he stared at the door at the end of the hallway. The scream had come from inside that room.

His mom was in that room.

In the past, Louie had overheard the men who frequented the tavern call it the Family Meeting Room, a name he considered silly. He’d watched them shuffle in and out, and at times a woman or two—like his mom—but no kids. Once, when no one was looking, he’d entered the room and looked around, disappointed when all he found was a large round table, a bunch of chairs, and little else. A weathered, dust-covered dresser rested in one corner. The table was littered with ashtrays, empty glasses, and bottles of alcohol, something his mother had warned was off limits to him at all times.

With his back against the wall, Louie shuffled toward the other end of the hallway. He inched closer and closer until he noticed the door was cracked open just a bit. He wanted to peek inside, to see what was going on, but how could he without getting caught?

Louie took a slow breath in and out, careful not to utter a sound. He was the best at sneaking around, better than all his friends—so good, in fact, it had often angered his mother. She hated when he creeped up on her. She’d hold a hand to her chest, shout a cuss word, and say, “You almost gave me a heart attack, Louie!” And then they’d both laugh because she could never stay mad at him for long.

Louie reached the door, but before he got his chance to peer inside, a second scream trumpeted through the stale air, followed by a loud bang, and lots of yelling. He swallowed away his fear, approached the crack in the door, and glanced inside. A short man with a big, round belly had the boy’s mom backed up against the wall. She was crying, and her face was red, her nose bloody.

Louie didn’t know who this man was. At least he couldn’t remember ever having seen him before. The man wore a sleeveless black shirt, and running down the entire length of his arm, there was a tattoo of a massive snake curled around a big knife. He knew what a tattoo was because lots of people had them. One day he might get one too, except his wouldn’t be as scary.

Eyes wide as frisbees, Louie watched the man slap his mom hard on the side of her head.

“We’ve had enough of you, Ginny!” the man yelled. “It’s over. Done. We can’t allow you—one stupid, big-mouthed woman—to bring the whole thing down. You must know that!”

The man grabbed Ginny by the hair and shoved her to the ground. Terror-stricken and shaking, Louie’s mother continued to cry, begging them to stop. Louie wondered what she had done to anger the man … and why he was hitting her.

Was there anything he could do to help?

Could he save her?

Someone crossed Louie’s line of sight, someone other than the man hurting his mother. Louie jerked back and flattened himself against the wall. How many more people were in there?

A second voice echoed through the room. “You’re making too much noise, you idiot. What the hell are you doing?”

The voice sounded familiar to Louie, but he wasn’t sure when or where he’d heard it before. His mind was all confused.

The tattoo guy, the one who’d hit his mom, said, “Yeah, whatever. You take over, then.”

Louie wrinkled his nose and snarled his lips but didn’t move a muscle. He didn’t even breathe. The last time he’d felt this way was the day his father died. Even now, the sadness and fear Louie had over his death lingered inside him.

For a moment, the room fell silent. Louie chanced another glance but couldn’t see much more than his mother on the ground near the wall.

The familiar voice, low and menacing, said, “We are all in agreement, Ginny. This doesn’t have to be complicated.”

A gun was raised, pointed at his mom’s head. Louie couldn’t see the person holding it, but he knew one thing: guns were for shooting.

Who would want to shoot his mom?

She whimpered and begged for her life. She said she was sorry and promised to keep her mouth shut. The gun was lowered, and for a moment, Louie breathed a sigh of relief. The mean people would accept his mom’s apology. They’d let her go now.

Everything would be all right.

He was sure of it.

The gun came back into view. “Such a beautiful face you have, Ginny. What a pity.”

A loud crack ripped through the air as Louie’s mom was shot in the center of her forehead.

Louie gasped and cried out, dropping his race car.

Chairs scraped along the floor inside the room. Hissing voices said, “Who was that?”

Louie heard the sound of footsteps rushing toward him. He tried to run and couldn’t. His legs were stiff and immovable. It was like they’d been superglued to the floor. For all his clever sneaking around in the past, this moment was a bad time to fail. Louie wished he’d never crept to the door in the first place. He wished he’d never looked inside.

But he had, and it was too late now.

They were coming for him.