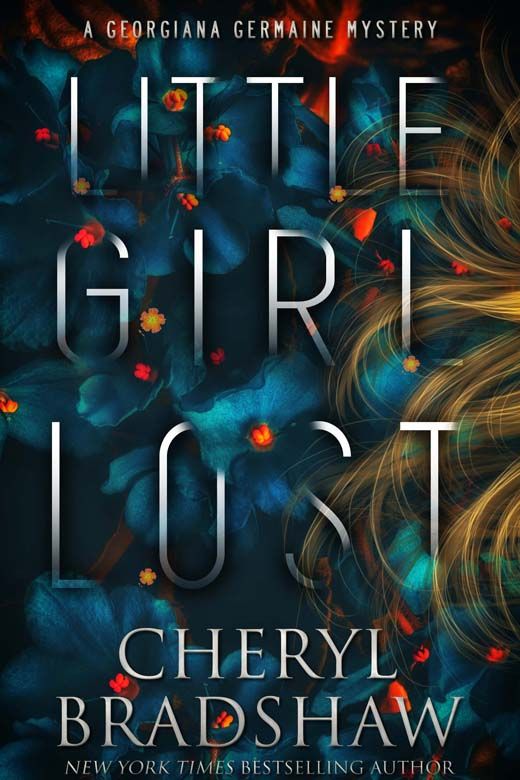 From the New York Times and USA Today bestselling author of the Sloane Monroe novels comes a gripping new series about love, loss, murder, and a broken former detective who's about to be drawn out of hiding.For the past two years, former detective Georgiana "Gigi" Germaine has been living off the grid, until today, when she hears some disturbing news that shakes her. Georgiana's brother-in-law has been murdered, her seven-year-old niece kidnapped. As the hours waste away, Georgiana races back to a town she left behind, and a former life she's still not ready to face.

Lark Donovan rubbed her eyes and blinked at the shadow on the wall in the hallway. Seconds before, she swore it had moved. She leaned back on the pillow, pulled the blanket over her nose, and peered into the darkness.

The hallway hummed along to the repetitious beat of a ceiling fan in the distance, and after staring at the same spot for a while, the wall remained stationary, and Lark grew tired. Maybe she’d been wrong. Maybe she hadn’t seen anything after all. Or maybe it was William Shakespaw, the family cat.

At bedtime, after Lark’s parents read her a story and tucked her beneath the covers, they always closed the door behind them, even though they knew she was afraid of the dark. Once they’d gone and she was alone, she imagined things—horrible things, like sharks springing forth from the water beneath the carpet and biting off one of her toes when she dangled her foot too far over the side of the bed.

The bogeyman was real.

Lark was sure of it.

She’d tried convincing her mother once, but her mother had just rolled her eyes and said, “You’re being ridiculous, Lark. Monsters aren’t real. Neither are ghosts or bogeymen or any of the silly things you conjure up with your imagination. I close your door for a reason. I don’t want you growing up to be a nervous Nellie. You need to be brave.”

Lark wasn’t brave, though, and most nights when her mother thought she was sleeping, she was awake, waiting for her parents to retire to the den to watch television so she could tiptoe through the darkness and crack her bedroom door open again. She was careful never to open it too much, just enough to let in a hint of a glow from the nightlight her mother kept plugged in down the hall. When daybreak came, Lark was careful to remember to get out of bed and close the door again before her mother came in to wake her. So far, her plan had been a success. In the five months she’d been doing it, she’d never been caught.

Deciding the movement on the wall had been nothing more than a figment of her overactive imagination Lark snuggled back inside her blankets. She gave her stuffed unicorn a squeeze and began drifting off to sleep again when she heard her father’s raised voice. She wasn’t able to make out what he was saying, and she wondered whom he was talking to so late at night. Her mother was out of town. They were all alone in the house. Weren’t they?

For a time, Lark remained still, listening. All was quiet at first, and then she heard another man’s voice. It was breathy and deep, far different than her father’s. The man’s voice sounded like it had come from outside. Lark scooted halfway down her bed until she reached the window. She brushed the curtain to the side and peeked out.

Lark’s father was standing by the pool in the back yard with his arms folded. His face looked the way it always did when Lark was about to be scolded. Another man stood next to him. A man Lark hadn’t seen before. The man’s pointer finger was stabbing at the air, and his face was all scrunched up.

Lark’s father stepped back and he raised his hands in front of him. Although Lark couldn’t hear his words, she read his lips when he said, “Please, don’t.”

It was the first time Lark had ever seen a gun in real life. A couple of years earlier, she’d watched a man on television shoot at a bear—twice. Lark had gasped when she saw it, prompting her mother to enter the room, grab the remote control, and change the channel.

Curious about the interaction between the man and the bear, Lark had said, “Mommy, why did the man on TV shoot at the bear? The bear was only trying to eat the man’s sandwich.”

“Never you mind,” her mother had said. “I’ll tell you when you’re older.”

Staring at her father now, Lark wished she were older. She wished she could do something, even though she didn’t know what could be done. She thought about hopping off her bed, running outside, and shouting, “Hey! Stop it! Stop being mean to my daddy!”

But before she could do anything, the man aimed the gun at her father and fired. Her father pressed his hands over his chest. He looked at the blood trickling down his shirt and stumbled backward, collapsing into the pool.

Lark pressed her hands to her lips and screamed.

The man jerked his head back. He saw Lark, and his eyes widened. He tucked the gun beneath his jacket and walked toward her. Lark knew she should back away from the window, but her body wouldn’t cooperate. It had gone numb. The man reached the window, pressed his face against the glass, and tapped a finger against the windowpane.

Stricken with fear, Lark thought of her mother and what her mother would say if she were there now, watching the events unfold. She closed her eyes and pretended she was somewhere else, somewhere safe, and the sound of her mother’s voice thundered through her mind like a lion’s roar. “Be brave, Lark! RUN!”