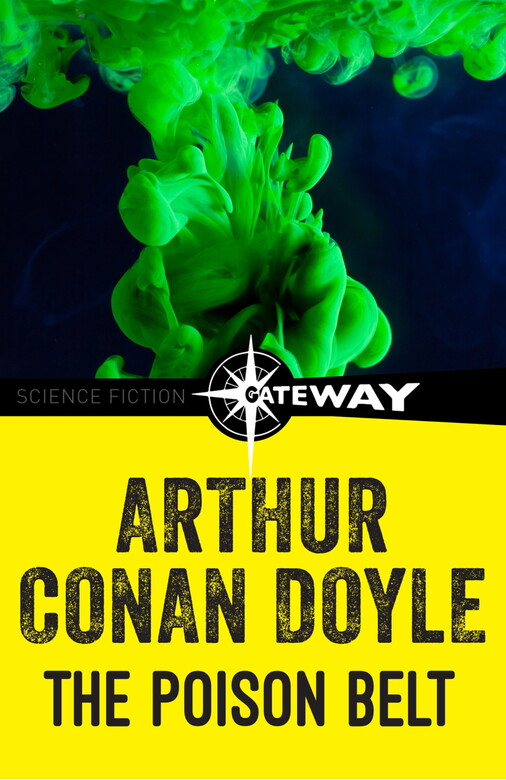 The Poison Belt, from one of the best-selling authors of all time, is another Professor Challenger adventure written by the legendary Sir Arthur Conan Doyle. In this classic, Challenger summons Professor Summerlee, Lord John Roxton, and E.D. Malone to his sitting room with one unusual request: bring your own oxygen. 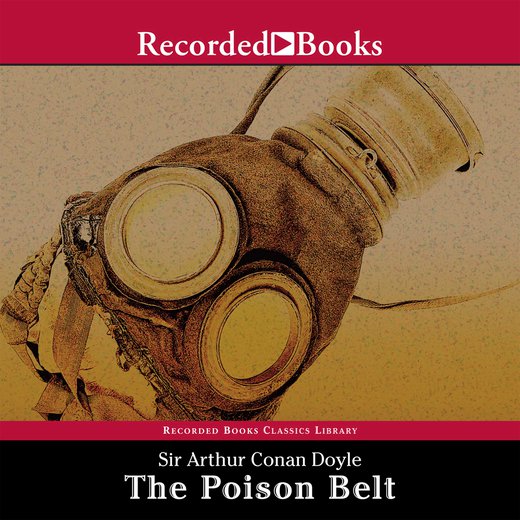 It is imperative that now at once, while these stupendous events are still clear in my mind, I should set them down with that exactness of detail which time may blur. But even as I do so, I am overwhelmed by the wonder of the fact that it should be our little group of the “Lost World”—Professor Challenger, Professor Summerlee, Lord John Roxton, and myself—who have passed through this amazing experience.

When, some years ago, I chronicled in the Daily Gazette our epoch-making journey in South America, I little thought that it should ever fall to my lot to tell an even stranger personal experience, one which is unique in all human annals and must stand out in the records of history as a great peak among the humble foothills which surround it. The event itself will always be marvellous, but the circumstances that we four were together at the time of this extraordinary episode came about in a most natural and, indeed, inevitable fashion. I will explain the events which led up to it as shortly and as clearly as I can, though I am well aware that the fuller the detail upon such a subject the more welcome it will be to the reader, for the public curiosity has been and still is insatiable.

It was upon Friday, the twenty-seventh of August—a date forever memorable in the history of the world—that I went down to the office of my paper and asked for three days’ leave of absence from Mr. McArdle, who still presided over our news department. The good old Scotchman shook his head, scratched his dwindling fringe of ruddy fluff, and finally put his reluctance into words.

“I was thinking, Mr. Malone, that we could employ you to advantage these days. I was thinking there was a story that you are the only man that could handle as it should be handled.”

“I am sorry for that,” said I, trying to hide my disappointment. “Of course if I am needed, there is an end of the matter. But the engagement was important and intimate. If I could be spared——”

It was bitter, but I had to put the best face I could upon it. After all, it was my own fault, for I should have known by this time that a journalist has no right to make plans of his own.

“Then I’ll think no more of it,” said I with as much cheerfulness as I could assume at so short a notice. “What was it that you wanted me to do?”

“Well, it was just to interview that deevil of a man down at Rotherfield.”

“Aye, it’s just him that I do mean. He ran young Alec Simpson of the Courier a mile down the high road last week by the collar of his coat and the slack of his breeches. You’ll have read of it, likely, in the police report. Our boys would as soon interview a loose alligator in the zoo. But you could do it, I’m thinking—an old friend like you.”

“Why,” said I, greatly relieved, “this makes it all easy. It so happens that it was to visit Professor Challenger at Rotherfield that I was asking for leave of absence. The fact is, that it is the anniversary of our main adventure on the plateau three years ago, and he has asked our whole party down to his house to see him and celebrate the occasion.”

“Capital!” cried McArdle, rubbing his hands and beaming through his glasses. “Then you will be able to get his opeenions out of him. In any other man I would say it was all moonshine, but the fellow has made good once, and who knows but he may again!”

“Haven’t you seen his letter on ‘Scientific Possibeelities’ in to-day’s Times?”

McArdle dived down and picked a copy from the floor.

“Read it aloud,” said he, indicating a column with his finger. “I’d be glad to hear it again, for I am not sure now that I have the man’s meaning clear in my head.”

This was the letter which I read to the news editor of the Gazette:—

“Sir,—I have read with amusement, not wholly unmixed with some less complimentary emotion, the complacent and wholly fatuous letter of James Wilson MacPhail which has lately appeared in your columns upon the subject of the blurring of Fraunhofer’s lines in the spectra both of the planets and of the fixed stars. He dismisses the matter as of no significance. To a wider intelligence it may well seem of very great possible importance—so great as to involve the ultimate welfare of every man, woman, and child upon this planet. I can hardly hope, by the use of scientific language, to convey any sense of my meaning to those ineffectual people who gather their ideas from the columns of a daily newspaper. I will endeavour, therefore, to condescend to their limitation and to indicate the situation by the use of a homely analogy which will be within the limits of the intelligence of your readers.”

“Man, he’s a wonder—a living wonder!” said McArdle, shaking his head reflectively. “He’d put up the feathers of a sucking-dove and set up a riot in a Quakers’ meeting. No wonder he has made London too hot for him. It’s a peety, Mr. Malone, for it’s a grand brain! We’ll let’s have the analogy.”

“We will suppose,” I read, “that a small bundle of connected corks was launched in a sluggish current upon a voyage across the Atlantic. The corks drift slowly on from day to day with the same conditions all round them. If the corks were sentient we could imagine that they would consider these conditions to be permanent and assured. But we, with our superior knowledge, know that many things might happen to surprise the corks. They might possibly float up against a ship, or a sleeping whale, or become entangled in seaweed. In any case, their voyage would probably end by their being thrown up on the rocky coast of Labrador. But what could they know of all this while they drifted so gently day by day in what they thought was a limitless and homogeneous ocean?

“Your readers will possibly comprehend that the Atlantic, in this parable, stands for the mighty ocean of ether through which we drift and that the bunch of corks represents the little and obscure planetary system to which we belong. A third-rate sun, with its rag tag and bobtail of insignificant satellites, we float under the same daily conditions towards some unknown end, some squalid catastrophe which will overwhelm us at the ultimate confines of space, where we are swept over an etheric Niagara or dashed upon some unthinkable Labrador. I see no room here for the shallow and ignorant optimism of your correspondent, Mr. James Wilson MacPhail, but many reasons why we should watch with a very close and interested attention every indication of change in those cosmic surroundings upon which our own ultimate fate may depend.”

“Man, he’d have made a grand meenister,” said McArdle. “It just booms like an organ. Let’s get doun to what it is that’s troubling him.”

“The general blurring and shifting of Fraunhofer’s lines of the spectrum point, in my opinion, to a widespread cosmic change of a subtle and singular character. Light from a planet is the reflected light of the sun. Light from a star is a self-produced light. But the spectra both from planets and stars have, in this instance, all undergone the same change. Is it, then, a change in those planets and stars? To me such an idea is inconceivable. What common change could simultaneously come upon them all? Is it a change in our own atmosphere? It is possible, but in the highest degree improbable, since we see no signs of it around us, and chemical analysis has failed to reveal it. What, then, is the third possibility? That it may be a change in the conducting medium, in that infinitely fine ether which extends from star to star and pervades the whole universe. Deep in that ocean we are floating upon a slow current. Might that current not drift us into belts of ether which are novel and have properties of which we have never conceived? There is a change somewhere. This cosmic disturbance of the spectrum proves it. It may be a good change. It may be an evil one. It may be a neutral one. We do not know. Shallow observers may treat the matter as one which can be disregarded, but one. . .