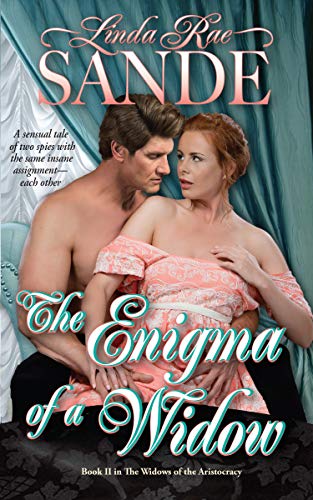 The Enigma of a Widow

A sensual tale of two spies with the same insane assignment - each other.

A year after her husband died in the Battle of Ligny, Lady Lydia Barrymore is determined to resume her work for the Foreign Office. She's spent a year solving puzzles and assembling dissected maps to maintain her skills. Her first assignment has her perplexed, though—do what she must to help a fellow operative recover his sanity. Although she finds the man rather beautiful, Sir Donald has also proved most annoying.

Newly knighted Adonis “Donald” Truscott returned from the Continent with a tendency to get lost in his thoughts. His frequent episodes of staring into space have his sister claiming he's a candidate for Bedlam—and he's not about to argue. He doesn't always remember where or when he was when he recovers, but he remembers he made a promise, and he's determined to keep it.

A promise to provide protection for Lydia, whether she wants it or not.

When a puzzle's directions require Lydia to solve it with the help of Adonis, she discovers the man harbors secrets that may be impossible to reveal. With her own sanity in jeopardy—a year-long mystery involving her late husband may be more dangerous than an errant knight—Lydia will have to piece together a solution that suits them both in “The Enigma of a Widow". 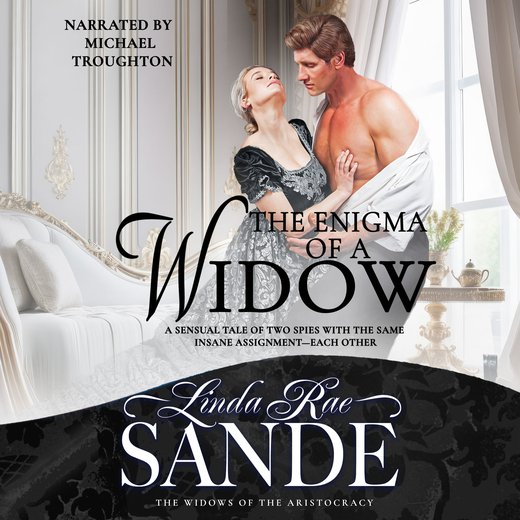