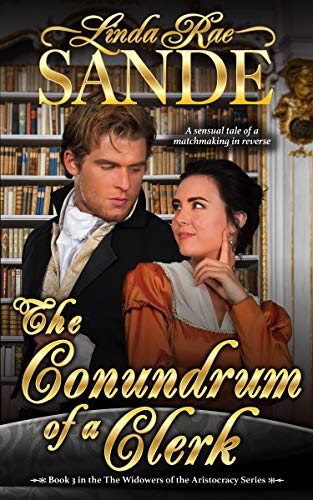 The Conundrum of a Clerk

Things are not always as they seem; the first appearance deceives many. — Phaedrus

When widower and bank clerk Theodore Streater discovers his late mother was not only the headmistress of Warwick's Grammar and Finishing School, but also its owner, he's in need of someone to run the rather lucrative enterprise. He turns to the woman who helped him regain his position at the bank after he lost an arm fighting in Belgium. His best friend's wife, Elizabeth Bennett-Jones, Viscountess Bostwick, still runs her charity, Finding Work for the Wounded. She is sure there's an applicant who would be perfect as headmistress of her old school.

Having lost her position as an operative with the Home Office—her slight limp from a gunshot wound is hard to hide—Daisy Albright is at a loss as to what to do next. She could return to her father's home. The Duke of Ariley would like nothing more than to have his oldest illegitimate daughter under his protection until a suitable marriage can be arranged. But after several years of handling her own affairs away from the aristocracy, Daisy is determined to retain her independence.

So when Lady Bostwick informs her of the position, Daisy immediately pays a call on the new owner of Warwick's to apply. Poor Teddy Streater has no idea what he's in for when he hires the ex-spy to run the finishing school. He would prefer to court the comely lady who seems prim and proper, but what woman wants to marry a man with only one arm? Perhaps he should be in search of a mistress. Trouble is, he can only imagine Miss Albright in the role in "The Conundrum of a Clerk." 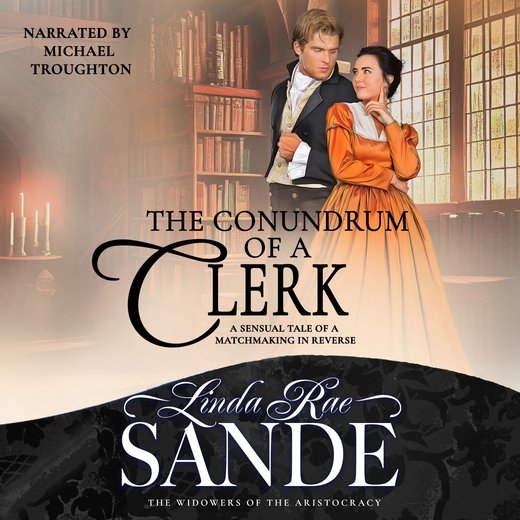