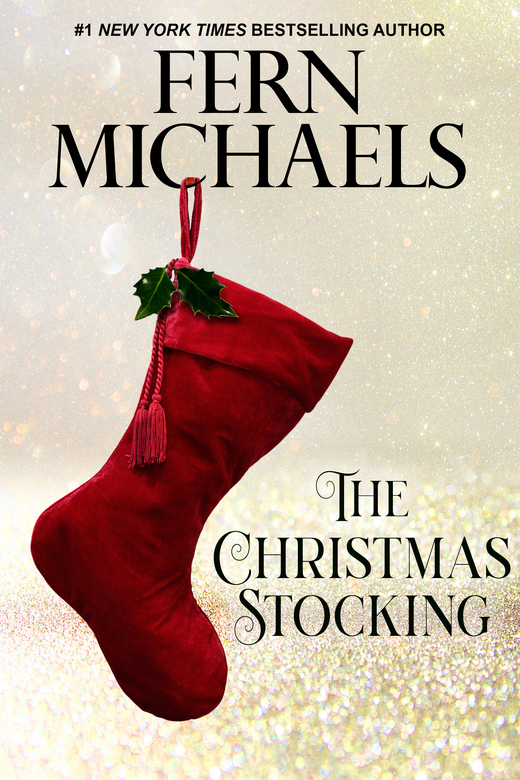 Amy Baran is determined to raise money for a new seniors’ center by harvesting Christmas trees from the small-town Virginia farm she remembers from her childhood. Trouble is, Gus Moss has his own ideas about saving the farm his father has neglected. Neither wants to give up, but when attraction turns to romance, they just might have to give in . . .

The young sun was just creeping over the horizon when Gus Moss tucked his briefcase between his knees as he fished in his jeans pocket for the key that would unlock his pride and joy, the Sara Moss Building named after his mother.

Inside, Gus turned off the alarm, flicked light switches. He took a moment to look around the lobby of the building he’d designed when he was still in school studying architecture. He thanked God every day that he’d been able to show his mother the blueprints before she’d passed on. It was his mother’s idea to have live bamboo plants to match the green marble floors. It was also her idea to paint clouds and a blue sky on the ceiling. The fieldstone wall behind the shimmering mahogany desk was a must, she’d said. Fieldstones he’d brought to California from Fairfax, Virginia, in a U-Haul truck. There was nothing he could deny his mother because he was who he was because of her.

There was only one picture hanging in the lobby: Sara Moss standing next to a sixty-foot blue spruce Christmas tree that she had his father plant the day he was born. That tree was gone now from the Moss Christmas Tree Farm, donated to the White House by his father the same year his mother died. Over his objections.

He’d gone to Washington, DC, that year and took the Christmas tour so he could see the tree. He’d been so choked up he could hardly get the words out to one of the security detail. “Can you break off a branch from the back of the tree and give it to me?” For one wild moment he thought he was going to be arrested until he explained to the agent why he wanted the branch. He’d had to wait over two hours for one of the gardeners to arrive with a pair of clippers. He’d had a hard time not bawling his eyes out that day but he’d returned to California with the branch. Pressed between two panes of glass, it now hung on the wall over his drafting table. He looked at it a hundred times a day and it meant more to him than anything else in the world.

Gus stared at the picture of his mother the way he did every morning. As always, his eyes grew moist and his heart took on an extra beat. He offered up a snappy salute the way he’d always done when she was right about something and he was wrong. At this point in his daily routine, he never dawdled. He sprinted across the lobby to the elevator and rode to the fifth floor where he had his office so he could settle in for the day.

As always, Gus made his own coffee. While he waited for it to drip into the pot, he checked his appointment book. A light day. He really liked Fridays because they led to the weekend. Still, it was the middle of October and business tended to slow down as a rule. He wished it was otherwise, because the approaching holiday season always left him depressed. He told himself not to complain; he had more business than he could handle the other ten months of the year. When you were named “Architect of the Year” five years running and “Architect to the Stars” six years running, there was no reason to complain. His burgeoning bank balance said his net worth was right up there with some of Hollywood’s finest stars. He wasn’t about money, though. He was about creating something from nothing, letting his imagination run the gamut. Architectural Digest had featured eleven of his projects to date and called him a “Wonder Boy.”

Everyone in the business who knew or knew of Gus Moss were aware that when the new owners moved into one of his custom-designed houses, Gus himself showed up wearing a tool belt and carrying a Marty Bell painting, his gift to the new owners, that he hung himself.

Gus loved this time of the day, when he was all alone with his coffee. It was when he let his mind go into overdrive before the hustle and bustle of the day began. He ran a loose ship, allowing his staff to dress in jeans and casual clothing, allowing them to play music in their offices, taking long breaks. He had only three hard and fast rules. Think outside the box, never screw over a client and produce to your capability. His staff of fourteen full-time architects, four part-timers and an office pool of seven had been with him from day one. It worked for all concerned.

As Gus sipped his coffee he let his mind wander. Should he go to Tahoe for some skiing over Christmas? Or should he head for the islands for some sun and sand and a little snorkeling? And who would he ask to accompany him? Sue with the tantalizing lips, Carol with the bedroom eyes or Pam the gymnast with the incredible legs? None of the above. He was sick of false eyelashes, theatrical makeup, spiky hair, painted on dresses and shoes with heels like weapons. He needed to find a nice young woman he could communicate with, someone who understood what he was all about. Not someone who was interested in his money and had her own agenda. At thirty-seven, it was time to start thinking about settling down. Time to give up takeout for homecooked. Time to get a dog. Time to think about having kids. Time to think about putting down roots somewhere, not necessarily here in California, land of milk and honey, orange blossoms and beautiful women.

Gus settled the baseball cap on his head, the cap he was never without. Sometimes he even slept with it on. It was battered and worn, tattered and torn but he’d give up all he held dear before he’d part with his cap that said Moss Farms on the crown. He settled it more firmly on his head as he heard his staff coming in and getting ready for the day.

Gus finished his coffee, grabbed his briefcase and headed for the door. He had a 7:15 appointment with the Fire Marshall on a project he was winding up. He high-fived several members of his staff as he took the steps to the lobby where he stopped long enough to give Sophie, the Moss Firm’s official receptionist/ greeter, a smooch. “How’s it going this morning, Sophie?”

“Just fine, Gus. When will you be back?”

“By nine-thirty. If anything earth shattering happens, call me on the cell. See ya.”

As good as his word, Gus strode back into the lobby at 9:27. Out of the corner of his eye he noticed an elderly couple sitting on a padded bench between two of the bamboo trees. Sophia caught his eye and motioned him to her desk. “That couple is here to see you. They said they’re from your hometown. Their names are Peggy and Ham Bledsoe. They don’t have an appointment. Can you see them? They’re here visiting a daughter who just graced them with their first grandchild.”

Gus grinned. “I see you got all the details. Peggy and Ham here in California! I can’t believe it.”

“We’re of an age, darling boy. Go over there and make nice to your hometown guests.”

Gus’s guts started to churn. Visiting with Peggy and Ham meant taking a trip down Memory Lane and that was one place he didn’t want to travel. He pasted a smile on his face as he walked over to the patiently waiting couple. He hugged Peggy and shook Ham’s hand. “Good to see you, sir. Miss Peggy, you haven’t changed a bit. Sophie tells me you’re grandparents now. Congratulations! Come on up to the office and have some coffee. I think we even have sticky buns. We always have sticky buns on Friday.”

“This is a mighty fine looking building, Augustus. The lady at the desk said it’s all yours. She said you designed it.”

“Mercy me. I wish your momma could have seen this. She was always so proud of you, Augustus.”

They were in the elevator before Gus responded, “Mom saw the blueprints. She suggested the fieldstone and the bamboo trees. Did you see the picture?”

“We did, and it is a fine picture of Sara. We tell everyone that tree ended up in the White House,” Ham said.

Gus was saved from a reply when the elevator came to a stop and the doors slid open. Peggy gasped, her hand flying to her mouth. “This is so . . . so grand, Augustus.”

Gus decided he didn’t feel like making coffee. He was too nervous around this couple from home. He knew in his gut they were going to tell him something he didn’t want to hear. He pressed a button on the console. “Hillary, will you bring some coffee into my office. I have two guests. Some sticky buns, too, okay?”

Gus whirled around, hoping to delay the moment they were going to tell him why they were really here. “So, what do you think of California?”

“Well, we don’t fit in here, that’s for sure,” Peggy said. “We’re simple people, Augustus. All those fancy cars that cost more than our farm brings in over ten years. The stores with all those expensive clothes where they hide the price tags made my eyes water. Our son-in-law took us to Ro-day-o Drive. That was the name of it, wasn’t it, Ham? Hollywood people,” she sniffed. “I didn’t see a mall or a Wal-Mart anywhere.”

Will you just please get to it already. Gus licked at his dry lips, trying to think of something to say. “I just finished up a house for Tammy Bevins. She’s a movie star. Would you like to see a picture of. . .