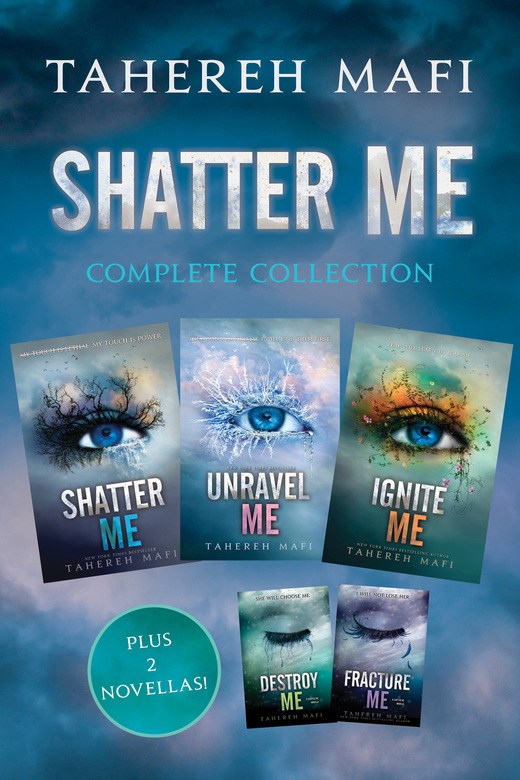 No one knows why Juliette's touch is fatal, but The Reestablishment has plans for her. Plans to use her as a weapon. But Juliette has plans of her own. After a lifetime without freedom, she's finally discovering a strength to fight for herself—and for a future with the one boy she thought she'd lost forever.

Tahereh Mafi has created a captivating and original story that combines the best of dystopian and paranormal and was praised by Publishers Weekly as "a gripping read from an author who's not afraid to take risks." This collection includes the first three novels, Shatter Me, Unravel Me, and Ignite Me; and the two novellas in the series, Destroy Me and Fracture Me.

And don’t miss Defy Me, the shocking fifth book in the Shatter Me series!