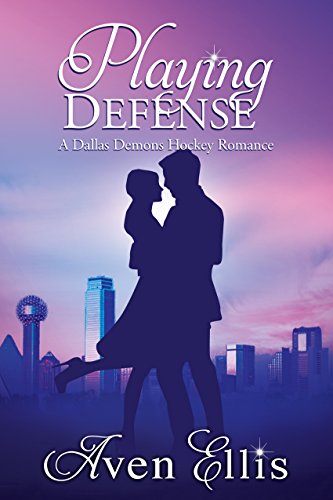 After a string of bad set-ups and boring dates, Reese Brannon is done with men. She's focused on her job as a fitness model and blogger. Her life in the city is fun. She's young. There's no need to look for a man because she doesn't want one. Especially when relationships usually end in heartbreak.

Jean-Pierre Rochat—known as JP— is done with women. All this Swiss hockey player has ever wanted is to fall in love, but his relationships never end with a happily ever after. Believing he's always going to be dealt the friend card, JP is over it. If he's going to be stuck in the friend zone, he'll keep things casual for his new endgame.

But will one hot Dallas summer night change everything for Reese and JP?

Because when the two meet again when JP returns for hockey season, Reese finds her attraction to him hasn't waned since their first meeting. Charming and intelligent, JP is different in all the right ways, but Reese realizes letting him in will make her vulnerable, something that terrifies her. JP never forgot Reese from their initial introduction last winter, and the sparks fly for him even more so the second time. But with Reese, his thoughts are anything but casual . . .

Can JP and Reese let their guards down to take a chance on love? Or will this simply be a game of playing defense?