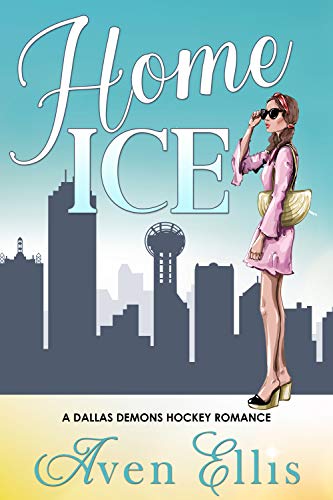 This book was previously published as Waiting for Prince Harry

Kylie Reed vowed she'd never pick up a man in a bar.

It's one of her personal rules, after all.

So falling into a gorgeous ginger's lap, tossing a glass of wine on him, and then hoping he asks for her number while in a bar would be a trifecta of wrong, right?

Organized, rule-loving, and cautious to a fault, Kylie Reed is waiting for the perfect moment to live her dreams—when she has a house, when she meets her husband, when she has been at her visual display job at a chic boutique a little while longer. All of her dreams are saved for later—as that seems to be a safer place than taking a risk to actually live them.

Yet Kylie finds all her rules bending when she falls into the lap of gorgeous Harrison Flynn, captain of the Dallas Demons hockey team. Harrison harbors his own fears for the future, ones he keeps close to the vest. He's intrigued with the brown-eyed beauty who proceeds with caution, while she's drawn to the sexy man who pushes boundaries and functions in chaos. The phrase opposites attract has never been truer as the chemistry between them is anything but polar from the second they meet...

While the attraction is hot, is that enough to make a relationship work? Can they face their fears for a future they both want? Will this relationship end before puck drop? Or will they find home ice together?

If you like swoony heroes, hilarious heroines, and a couple you can cheer for, you'll want to escape into Home Ice. Can be read as a standalone and a happily ever after is guaranteed.