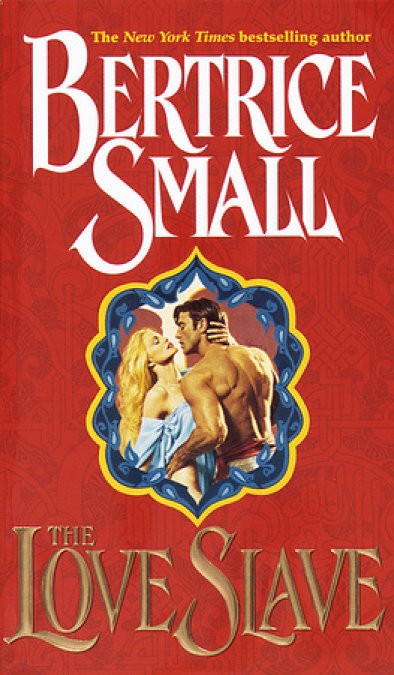 It is no act of love that Regan experiences the night she takes her sister's place in the marriage bed, a counterfeit bride to sate the lust of her twin's new husband. Come morning, her sister, carrying another man's child, resumes her place and Regan is spirited away to a nunnery.

But Zaynab is not Karim's to keep. She is given to the Caliph of Cordoba, who vows to love her . . . and pleasure her as no younger man can. Yet Regan still longs for her one true love, Karim al Malina, and vows that, somehow, their fates must be reunited . . . 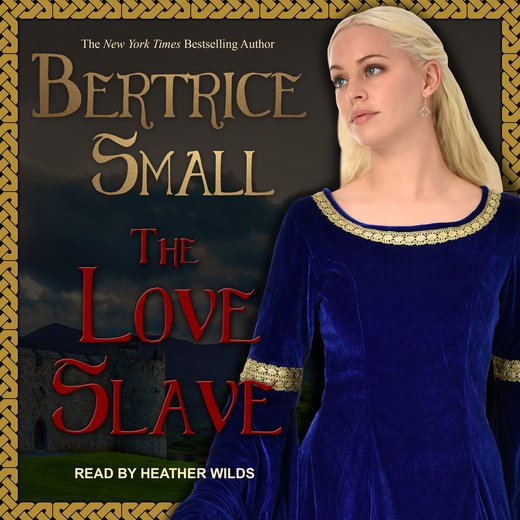 The little hall at Ben MacDui was blue with smoke, for the chimney drew poorly. Sorcha MacDuff, seated at the high board, gazed down upon her numerous offspring tumbling about the room. Six little bastards, and a seventh in her fertile womb. Five were boys, the fourth born a girl. She felt nothing for them. They were Fergusons. Her mother love, at least that which she possessed, was for Gruoch MacDuff, her firstborn. For Gruoch’s twin, Regan, she allowed a small bit of affection. Regan had grown to be much like her father, Torcull, of sainted memory. The girl had his daring, and was brave to the point of foolishness. Sorcha could not help but admire her secondborn twin.

In the spring after her MacDuff daughters had been born, Alasdair Ferguson had returned to Ben MacDui. The betrothal contracts, drawn up by the Fergusons, had been signed then in the presence of a priest. They could have said anything and Sorcha would have known no different for she could neither read nor write. The priest told her that Gruoch would be Ian Ferguson’s wife as soon as her womanly flow began. Regan would then go to a convent on the west coast of Scotland to devote her life to God. The matter settled, the MacFhearghuis dismissed the cleric and raped the widow MacDuff, keeping her locked with him in her bedchamber for three days while he had his way with her. Nine months later she birthed him a son.

In the years that followed, Alasdair Ferguson visited his leman on a regular basis, as her growing family attested to, but he would not marry her, nor would she have had him if he had asked. Three times Sorcha MacDuff had gone in secret to the old witch woman in the glen, paid an exorbitant fee, drunk a disgusting potion, and aborted her violator’s offspring. When he learned of her deeds, he had sought out the witch, hung her from a tree, burned her cottage, then returned to Ben MacDui and beaten Sorcha MacDuff so badly she’d been unable to arise from her bed for a week. After that she bore his bastards without complaint, but she could not love them. They were Fergusons.

Outside, she heard the blare of a hunting horn, and then the hall door burst open to admit Alasdair Ferguson in the company of his two eldest sons, Ian and Cellach. Sorcha MacDuff arose slowly. Her time was quite near. “My lord,” she greeted him quietly, signaling the servants to bring food for the men.

“I’ve brought a stag,” Alasdair Ferguson said by way of greeting, and kissing her mouth in a show of proprietorship, he seated himself at the board.

The servants scurried to bring him wine, bread, and meat. They knew he was not a patient man.

Ian and Cellach Ferguson seated themselves next to their father and began to stuff their handsome faces. They had not bothered to greet Sorcha MacDuff. Reaching out, Alasdair cuffed the nearest of the pair.

“Hae ye the decency to greet the lady Sorcha properly before you eat her food, ye pair of uncouth cubs,” Alasdair growled at them. “ ’Tis her home yer in and her table at which ye sit.”

“ ’Tis Ferguson property,” Cellach said surlily, rubbing the spot where his father’s hand had made contact with his skull.

With a roar, the MacFhearghuis leapt to his feet and knocked his second son onto the floor. “ ’Tis Ferguson land because I made it so,” he said, “but before it was Ferguson land it was MacDuff land, and Ferguson or MacDuff, it is this lady’s home. Ye’ll mind yer manners in her presence whether I’m here or nae.” He gave the young man a kick. “Get up, and go eat in the stables where ye belong.”

Cellach scrambled to his feet. “I dinna know why ye dinna gie me Gruoch to wife instead of Ian. Then I would hae had my own lands,” he said.

“Aye,” his father rejoined, “and ye’d be looking to my lands, ye would, ye greedy little beggar!” He aimed another blow at the boy, who this time skillfully ducked it, running out of the hall. Then he turned to his eldest, but Ian was quickly on his feet, bowing to Sorcha MacDuff and thanking her for her hospitality.

Reseating himself, Ian said, “And how are the bairns, lady? They all appear to look well. My sister Sine grows prettier every day, I’m thinking. ’Tis nice to hae a sweet wee sister.” He took up a joint of meat and bit into it.

“Yer father’s bastards seem to thrive,” Sorcha MacDuff answered him pleasantly. “All my bairns do, thanks be to God.”

“About my lass,” Alasdair Ferguson said, “I want to take her back home wi’ me. I’ve nae a woman in the house but the servants. Sine’s a Ferguson, my only daughter. ’Tis time she took her place. There’s nae shame to any of our bairns for I’ve acknowledged them all.”

“Take her, then,” Sorcha MacDuff said. “Take all yer other bastards too, my lord They’re nothing to me. I’ve my Gruoch.”

He shook his head at her words. “Yer a hard woman, Sorcha MacDuff,” he told her. “Very well, I’ll take Donald, Aed, and Giric as well. They’re all old enough to be separated from ye. Ye’ll keep Indulf, Culen, and the new bairn for the time being.” He quaffed down the wine in his cup, and the servant by his side hurriedly refilled it. “ ’Tis about Gruoch I’ve come, Sorcha. Surely her flow has come upon her by now. She celebrated her thirteenth birthday last December, and ’tis now April. We hae a marriage to consummate. Ian is twenty-three, and more than ready for a mate. He’s populating the whole damned district wi’ his bastards, woman. He needs his wife!”

“Ye’d take my lass away so soon?” Sorcha began to weep in a genuine show of emotion. “Dinna take her, my lord. Not yet.”

“In the name of all the saints, woman,” he said angrily, for he hated a crying woman, “she’s nae going away from ye! She and Ian will live here at Ben MacDui for the time being. That way ye’ll be wi’ her when she spawns her first bairn nine months after the wedding. I may nae hae experience wi’ daughters, but I know a lass needs her mam at a time like that. Hush yer howling, Sorcha, and answer me. Is Gruoch’s flow upon her now, or nae?”

“Only just this month,” she said slowly, although both Gruoch and her sister had begun their woman’s flow the previous autumn. They had kept it a secret in order to have more time, but now it mattered no longer, Sorcha thought to herself. She was to finally have her revenge after all these years.

“Then let us hae the wedding!” the MacFhearghuis replied with enthusiasm. “ ’Tis what I’ve waited for all these years, woman!”

“Ye canna hae a wedding just because ye want a wedding,” Sorcha told him coyly. “We hae preparations to make, my lord.”

“Ye’ve had thirteen years for those preparations, Sorcha MacDuff,” he answered. “Today be the twentieth day of the month of April. Our children will wed in seven days’ time.” He turned to his son. “Ian! What think ye? Ye’ll be a married man in another few days at long last. She’s grown into a pretty wench. Yer a lucky young fellow!”

“Aye, Da,” Ian Ferguson answered his father dutifully. He was an attractive man with russet hair and blue eyes.

“Where is Gruoch?” Alasdair Ferguson demanded. He peered about the hall, but only his children were in evidence.

Sorcha shrugged. “ ’Tis spring,” she said by way of explanation.

“Donald Ferguson!” the MacFhearghuis called to the eldest of his and Sorcha MacDuff’s sons. “To me, laddie!”

The boy, who had been wrestling with his younger brothers, Aed and Giric, scrambled to his feet and ran to stand before his sire. Like all of Alasdair MacDuff’s sons, he was russet-haired. “Aye, Da?”

“Ye and Sine and the other two will come home wi’ me today,” the older man said. “Does that please ye, laddie?”

The boy’s face broke into a broad smile. “Aye, Da!”

“Do ye know where yer sister Gruoch is?” the MacFhearghuis continued. “I would speak wi’ her.”

“Aye, Da, I know where Gruoch is,” Donald replied with a sly glance at his mother, but Sorcha’s threatening look was enough to guarantee his silence. “Shall I run and fetch her for ye, Da?”

“Aye, laddie, go and do that,” his father told him. As Donald ran off, he turned to Sorcha MacDuff. “He’s a good laddie, woman. Ye hae done well wi’ him and the others, even if ye hae no mother love for any of my offspring. Yer a foolish woman, I’m thinking.”

“Think what ye will, my lord,” she answered him calmly. “From the first moment I saw her, Gruoch became my sole reason for being. I need none other. I want no other.”

He shook his head at her. He knew he was a hard man, but he dearly loved all of his children. How could he not? They were his flesh. Well, from now on all the bairns Sorcha bore him would come to his house as soon as they were weaned. Indulf, who was two and a half, and Culen, who was one, were still nursing, but he’d have them as soon as they were not. He realized he should have taken the elder children three years ago. Their mother was a cold woman. For a brief moment his thoughts turned to Regan MacDuff. She had no one, poor lassie. Her mother’s passion was for Gruoch alone. Regan would be better off in the convent to which he was sending her. His cousin Una was the abbess there. Regan would find kindness and companionship within the walls of St. Maire’s.