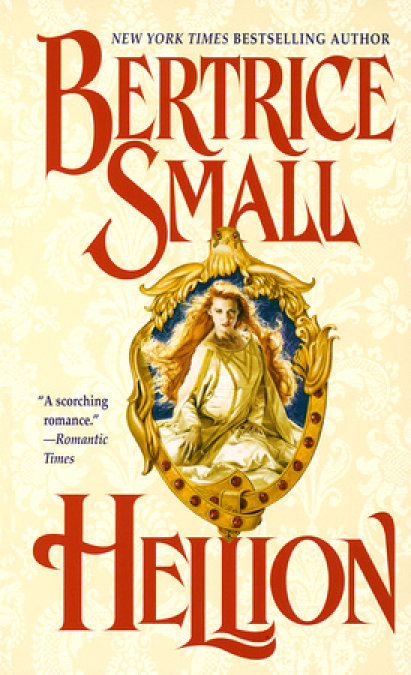 But a treacherous plot enslaves Hugh to the evil Vivienne d'Bretagne, a sorceress whose sexual magic is as powerful as it is dark. Discovering the castle lair where her husband is enchanted, Belle is caught, and rendered helpless by the twisted passion of Vivienne's brother, Guy. But not even her captor's devious ecstasy can destroy her will to free her beloved Hugh . . . 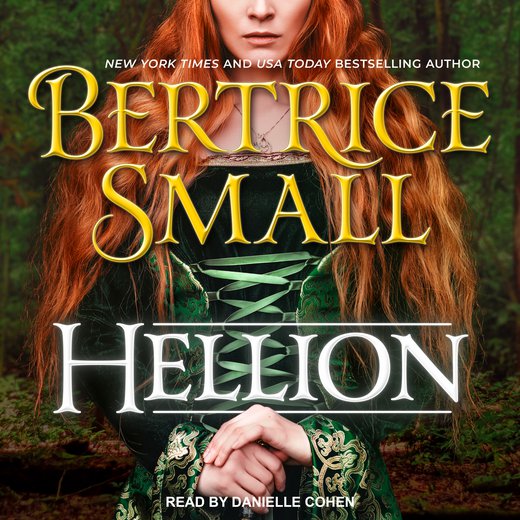 “You must have a wife, Hugh Fauconier,” the king said with a smile. He reached out to take his bride’s hand, giving it an affectionate squeeze. King Henry had been married just a little over a month. While the queen had been chosen for political reasons, he liked her well enough, and she him. They got on quite nicely for two people who had not known one another until the day of their marriage.

Edith, renamed Matilda to please her husband’s Norman barons, was a very pretty young woman, with her mother’s dark red hair and gray-blue eyes. And like her mother, she was a devout young woman. She had planned to enter a convent until Henry, seeking to secure his northern border while he sought to conquer Normandy, asked the Scots king for his sister’s hand in marriage. The bride was quickly sent south, for the Scots king never knew when he might need the military strength of his English brother-in-law. The fact that Edith/Matilda was also a direct descendant of the last Anglo-Saxon rulers did not go unremarked.

Those near the king turned now to look at the object of his attention. Hugh Fauconier, knight, was a Saxon. He had known the king almost his entire life. “I should enjoy a wife if she would bring me as much joy as the queen has obviously brought you,” he replied graciously, “but, alas, my liege, I have not the means to support a wife, nor lands on which to settle her.”

“You do now,” Henry replied with a small smile. “I am returning Langston to you, Hugh. What think you of that?”

“Langston?” He was astounded. All his life Langston had been but a dream. Langston was his father’s ancestral home, but he had never known his father, who, with his grandfather and two uncles, had died at Hastings. Upon hearing the news of the battle, his mother had, with incredible foresight, packed up the family’s valuables and fled west with her servants across England to her father’s home. Hugh had been born seven and a half months later. After his mother’s death, his maternal grandmother, a Norman lady distantly related to the Conqueror, had raised him. Langston had been given to a Norman knight loyal to King William.

“Circumstances have changed since my father’s time,” King Henry said softly. “Come and see me privately after the meal, Hugh. I will explain all to you then, my friend.”

The court was at Westminster celebrating the Christmas season. While the queen’s presence had brought women back into the royal circle, it was a subdued time, for the king was still in mourning for his brother, William Rufus. Then, too, there was the very distinct possibility that Duke Robert of Normandy would, come spring, attempt to overthrow his younger brother’s rule in England.

Caught between his two brothers, one a duke of Normandy and the other a king of England, Henry had struggled his whole life to please them both. It had not been an easy task, and in the end his elder siblings had signed wills making the other his heir should he die without issue; and thus cutting off the younger Henry.

Then Pope Urban II had preached a call for a crusade to free Jerusalem from the Saracens. Duke Robert, tired of the factional fighting in his duchy and in the neighboring states about him, and longing desperately for a little adventure, had answered the pope’s call. First, however, he’d had to mortgage Normandy to his brother, William Rufus, so he would have the silver to mount such a glorious expedition. The term of the loan was three years. At the end of that time, Duke Robert would repay King William Rufus and reclaim his lands. Robert had been on his way home from the first crusade covered slightly in glory, traveling with a new bride, Sibylle, the daughter of Geoffrey of Conversano, Lord of Brindisi, a nephew of King Roger of Sicily, when William Rufus had been killed in the New Forest, and Henry, the youngest of William the Conqueror’s sons, had moved quickly to secure the treasury and have himself crowned King of England.

The barons, whatever their reasons, had not rebelled. Most believed Henry a stronger man than his eldest sibling. With Duke Robert’s return, however, there was apt to be a war. The king needed all the friends he could get, for many of his lords held lands in both England and Normandy. Their loyalty would be decided based upon which of the Conqueror’s sons they considered likely to win such a conflict.

Hugh Fauconier sat himself down upon a bench, still stunned by the king’s words. Langston! He was to have Langston back. How pleased his grandparents would be. He wished his mother had lived to see this day, but she had died almost immediately after his birth.

“You lucky devil!” His friend, Rolf de Briard, poked him with a finger. “What did you do to deserve such good fortune, Hugh? It cannot be just because you raise the finest hunting birds in all of England.” Rolf raised his cup to his tablemate, then drank down a healthy gulp of wine. “How big is the estate?”

Hugh shook his head. “I haven’t the faintest idea, Rolf. I’ve never even seen it. I’m not even certain exactly where it is, except that it is in East Anglia. My grandmother, Emma, always spoke of its beauty. She saw it once, when my mother was married to my father.”

“So the king could be gifting you with something totally worthless,” Rolf considered. “What happened to the lord to whom it was given after Hastings? Is the land tillable? Is there a dwelling? How many serfs and freedmen? There is a great deal to know.”

“And I’ll know none of it until the king decides to tell me.” Hugh laughed, his equilibrium returning in light of Rolf’s good, practical common sense. “Will you come with me when I go to Langston?”

“Aye!” Rolf responded enthusiastically. He had come to court to make his fortune, and he was bored. Hugh’s offer held the promise of adventure.

When the meal was over, and the musicians played softly, Hugh Fauconier arose from the trestle table where he had been sitting and moved to a spot below the high board, where the king might see him. He stood silently and patiently until finally the king’s page came to lead him to a small, windowless room furnished by two chairs and a table.

“You are to wait here, Sir Hugh,” the lad said, and then departed.

Hugh did not know whether he should sit or not, and decided to stand until the king came and invited him to seat himself. He paced the little room nervously. Then suddenly the door was opened and King Henry entered, the page coming behind him with wine and two goblets.

“Sit down, Sir Hugh,” the king said jovially. “Wine for us both, my lad,” he instructed the young page, who swiftly complied, then exited the room, leaving the men to their privacy. The king raised his goblet. “To Langston,” he said.

Henry quaffed half the goblet, then spoke. “Langston was given to Robert de Manneville after my father came to England. He was barely more than a boy, but he saved my father’s life on the battlefield. My father, as you know, was a man who knew how to reward both loyalty and bravery. He was impressed by de Manneville’s dogged loyalty.

“De Manneville had a little estate in Normandy, unlike some who had come with my father to England. He married, had two sons, was widowed, married again, had a daughter. Several years ago he decided to follow my brother, Duke Robert, on crusade. His eldest son went with him. The younger remained on the estate in Normandy. The daughter, who was born here in England, has always lived at Langston with her mother.”

The king paused a moment to take another drink of wine, then continued. “Sir Robert and his son, Sir William, were both killed at a battle called Ascalon, some seventeen months ago. The younger son, Richard, was so informed, and married almost immediately. Sir Robert had made out a will before he departed that named William as his heir, and Richard, should William not survive. His English lands, however, he entailed upon his daughter, Isabelle. The girl is fifteen, I am informed.

“After my brother’s death in the New Forest, I sent to all those given lands here in England by my father, and then my brother, asking for their fealty. Many have given it. Among those who have not is Isabelle of Langston. Twice I have sent to her demanding her allegiance, but she will not answer my summons to come to court and pledge herself to her king. She is without the guidance of a man to advise her in her behavior. Yet what if she has ignored my call because she has been so counseled by her brother, Sieur Richard in Normandy? What if she has pledged herself to my brother, Robert? I am led to distrust this maid, Hugh.

“Do you know where in East Anglia Langston is? It is just a few miles up the river Blyth from where it empties into the sea at Walberswick. There is a stone keep overlooking the river that Sir Robert built on the site of your grandfather’s hall. It is virtually impregnable, and quite strategic to the safety of the area. Langston Keep must be held by a man whose loyalty to me is without question. I believe that you are that man, Hugh.

“Though you have never laid eyes on your ancestral home, I know I can trust you for many reasons, and the most important of these reasons is that you have no lands in Normandy. You have no loyalties to be divided as I once did; as so many of my most important and strongest barons do. My brother will come in the spring to attempt to wrest England from me. If I have enough men like you to rely upon, I can easily retain what is mine, and I mean to do just that. Then I shall regain Normandy.