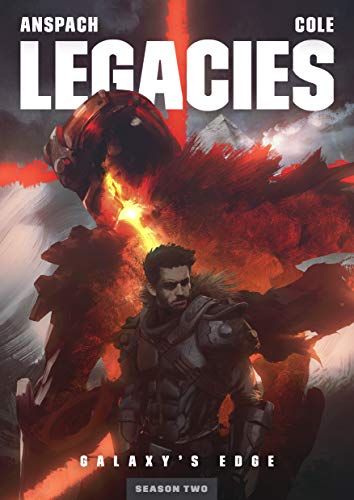 Galaxy's Edge returns with an all-new adrenaline-fueled season of the military sci-fi series!

With his duty to the Legion satisfied, Wraith sets out to find a lost member of his crew—the young girl, Prisma. But not only does the journey bring with it more death and destruction—and loss—than he ever imagined, it revives the shadows of a forgotten past... and the only way forward is to follow the footsteps of the legendary Tyrus Rechs.

Meanwhile, as the galaxy struggles to steady itself following the fall of a corrupt and bloated Republic, dangerous threats vie for power. These enemies include both the exceedingly modern and the impossibly ancient, awakening at long last to emerge from the darkness between the stars.