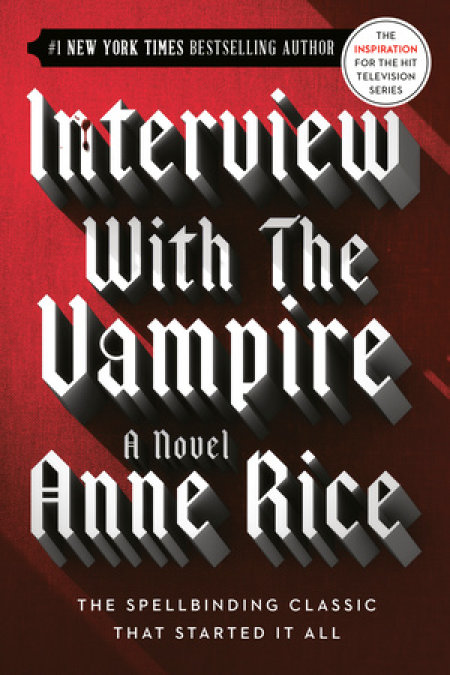 In a darkened room a young man sits telling the macabre and eerie story of his life - the story of a vampire, gifted with eternal life, cursed with an exquisite craving for human blood. Anne Rice's compulsively readable novel is arguably the most celebrated work of vampire fiction since Bram Stoker's Dracula was published in 1897. As the Washington Post said on its first publication, it is a 'thrilling, strikingly original work of the imagination . . . sometimes horrible, sometimes beautiful, always unforgettable'. 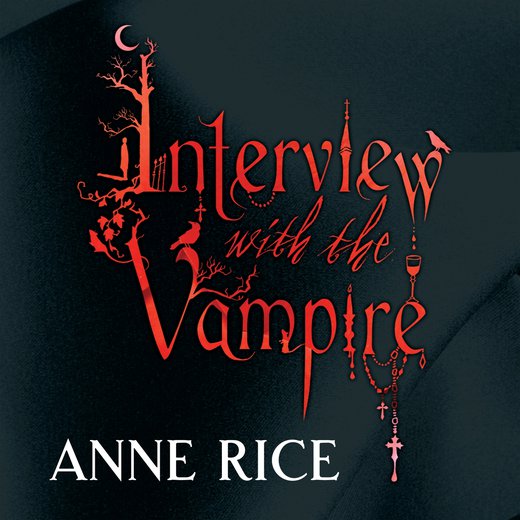 "I see--" said the vampire thoughtfully, and slowly he walked across the room towards the window. For a long time he stood there against the dim light from Divisadero Street and the passing beams of traffic. The boy could see the furnishings of the room more clearly now, the round oak table, the chairs. A wash basin hung on one wall with a mirror. He set his briefcase on the table and waited.

"But how much tape do you have with you?" asked the vampire, turning now so the boy could see his profile. "Enough for the story of a life?"

"Sure, if it's a good life. Sometimes I interview as many as three or four good people a night if I'm lucky. But it has to be a good story. That's only fair, isn't it?"

"Great," said the boy. And quickly he removed a small tape recorder from his brief case, making a check of the cassette and batteries. "I'm really anxious to hear why you believe this, why you--"

"No," said the vampire abruptly. "We can't begin that way. Is your equipment ready?"

"Then sit down. I'm going to turn on the overhead light."

"But I thought vampires didn't like the light," said the boy. "If you think the dark adds atmosphere--" But then he stopped. The vampire was watching him with his back to the window. The boy could make out nothing of his face now, and something about the still figure there distracted him. He started to say something again but he said nothing. And then he sighed with relief when the vampire moved towards the table and reached for the overhead cord.

At once the room was flooded with a harsh yellow light. And the boy, staring up at the vampire, could not repress a gasp. His fingers danced backwards on the table to grasp the edge. "Dear God!" he whispered, and then he gazed, speechless, at the vampire.

The vampire was utterly white and smooth, as if he were sculpted from bleached bone, and his face was as seemingly inanimate as a statue, except for two brilliant green eyes that looked down at the boy intently like flames in a skull. But then the vampire smiled almost wistfully, and the smooth white substance of his face moved with the infinitely flexible but minimal lines of a cartoon. "Do you see?" he asked softly?

The boy shuddered, lifting his hand as if to shield himself from a powerful light. His eyes moved slowly over the finely tailored black coat he'd only glimpsed in the bar, the long folds of the cape, the black silk tie knotted at the throat, and the gleam of the white collar that was as white as the vampire's flesh. He stared at the vampire's full black hair, the waves that were combed back over the tips of the ears, the curls that barely touched the edge of the white collar.

"Now, do you still want the interview?" the vampire asked.

The boy's mouth was open before the sound came out. He was nodding. Then he said, "Yes."

The vampire sat down slowly opposite him and, leaning forward, said gently, confidentially, "Don't be afraid. Just start the tape."

And then he reached out over the length of the table. The boy recoiled, sweat running down the sides of his face. The vampire clamped a hand on the boy's shoulder and said, "Believe me, I won't hurt you. I want this opportunity. It's more important to me than you can realize now. I want you to begin." And he withdrew his hand and sat collected, waiting.

It took a moment for the boy to wipe his forehead and his lips with a handkerchief, to stammer that the microphone was in the machine, to press the button, to say that the machine was on.

"You weren't always a vampire, were you?" he began.

"No," answered the vampire. "I was a twenty-five-year-old man when I became a vampire, and the year was seventeen ninety-one."

The boy was startled by the preciseness of the date and he repeated it before he asked, "How did it come about?"

"Yes," the boy said quickly. He was folding his handkerchief over and over and wiping his lips now with it again.

"There was a tragedy--" the vampire started. "It was my younger brother--. He died." And then he stopped, so that the boy could clear his throat and wipe at his face again before stuffing the handkerchief almost impatiently into his pocket.

"It's not painful, is it?" he asked timidly.

"Does it seem so?" asked the vampire. "No." He shook his head. "It's simply that I've only told this story to one other person. And that was so long ago. No, it's not painful--.

"We were living in Louisiana then. We'd received a land grant and settled two indigo plantations on the Mississippi very near New Orleans--."

For a moment the vampire stared blankly. "I have an accent?" He began to laugh.

And the boy, flustered, answered quickly. "I noticed it in the bar when I asked you what you did for a living. It's just a slight sharpness to the consonants, that's all. I never guessed it was French."

"It's all right," the vampire assured him. "I'm not as shocked as I pretend to be. It's only that I forget it from time to time. But let me go on--."

"I was talking about the plantations. They had a great deal to do with it, really, my becoming a vampire. But I'll come to that. Our life there was both luxurious and primitive. And we ourselves found it extremely attractive. You see, we lived far better there than we could have ever lived in France. Perhaps the sheer wilderness of Louisiana only made it seem so, but seeming so, it was. I remember the imported furniture that cluttered the house." The vampire smiled. "And the harpsichord; that was lovely. My sister used to play it. On summer evenings, she would sit at the keys with her back to the open French windows. And I can still remember that thin, rapid music and the vision of the swamp rising beyond her, the moss-hung cypresses floating against the sky. And there were the sounds of the swamp, a chorus of creatures, the cry of the birds. I think we loved it. It made the rosewood furniture all the more precious, the music more delicate and desirable. Even when the wisteria tore the shutters off the attic windows and worked its tendrils right into the whitewashed brick in less that a year-- Yes, we loved it. All except my brother. I don't think I ever heard him complain of anything, but I knew how he felt. My father was dead then, and I was head of the family and I had to defend him constantly from my mother and sister. They wanted to take him visiting, and to New Orleans for parties, but he hated these things. I think he stopped going altogether before he was twelve. Prayer was what mattered to him, prayer and his leatherbound lives of the saints.

"Finally, I built him an oratory removed from the house, and he began to spend most of every day there and often the early evening. It was ironic, really. He was so different from us, so different from everyone, and I was so regular! There was nothing extraordinary about me whatsoever." The vampire smiled.

"Sometimes in the evening I would go out to him and find him in the garden near the oratory, sitting absolutely composed on a stone bench there, and I'd tell him my troubles, the difficulties I had with the slaves, how I distrusted the overseer or the weather or my brokers-- all the problems that made up the length and breadth of my existence. And he would always listen, making only a few comments, always sympathetic, so that when I left him I had the distinct impression he had solved everything for me. I didn't think I could deny him anything, and I vowed that no matter how it would break my heart to lose him, he could enter the priesthood when the time came. Of course, I was wrong." The vampire stopped.

For a moment the boy only gazed at him and then he started as if awakened from a deep thought, and he floundered, as if he could not find the right words. "Ah-- he didn't want to be a priest?" the boy asked. The vampire studied him as if trying to discern to meaning of his expression. Then he said:

"I meant that I was wrong about myself, about my not denying him anything." His eyes moved over the far wall and fixed on the panes of the window. "He began to see visions."

"Real visions?" the boy asked, but again there was hesitation, as if he were thinking of something else.

"I don't think so," the vampire answered. "It happened when he was fifteen. He was very handsome then. He had the smoothest skin and the largest blue eyes. He was robust, not thin as I am now and was then-- but his eyes-- it was as if when I looked into his eyes I was standing alone on the edge of the world-- on a windswept ocean beach. There was nothing but the soft roar of the waves.