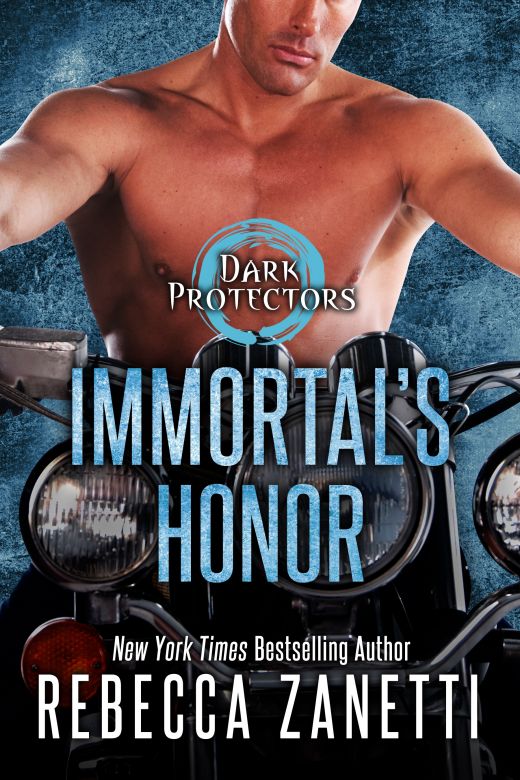 When Vampire-Demon Sam Kyllwood discovers he's the keeper of some mysterious circle, he laughs it off. When he finds out that his younger brother is supposed to fight to the death in said circle, he snaps right to furious. And that's
before he starts uncontrollably making things explode—it turns out it's never too late to develop deadly new immortal abilities. But even those explosions are nothing compared to what happens when he tries to handle a very suspicious,
brilliant and beyond sexy human female whose piercing eyes ignite a heat that rages deliciously outside even his unbreakable control … Then comes desire …

Honor McDovall is one of the best interrogators Homeland Security has ever had. But no matter how well she appears to fit in, her mystical gifts are slowly driving her mad. She doesn't understand them, she doesn't want them, but for now,
she'll use them to detect and defeat danger until she completely loses her mind. Unfortunately, her job brings her face to face with the deadliest man she's ever met—and she senses Sam is even more gifted than she is. Yet once they kiss, she
realizes he's also more dangerous than the enemies suddenly coming from every direction. Good thing they both like to play with fire … 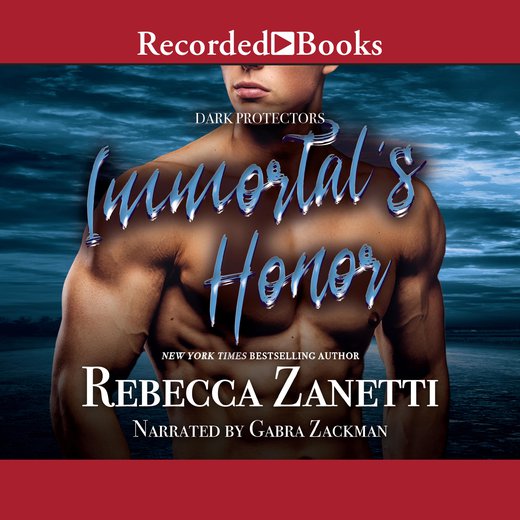 Indeed. The man’s eyes were a sea green with a fierce tint of... gold? Just around the irises? His shoulders were too broad for the chair, and they narrowed nicely to his waist and long legs. He had to be around six-five or six-six, with black hair, thick and wavy, that curled beneath his ears. His bone structure was brutally cut, sharp with muscle and masculine strength. Everything about him was harsh angles and barely contained energy that most people probably couldn’t see. Right now, he was staring at her through the one way mirror.  Somehow.

Bill shifted his weight next to her. “I don’t think I ever really understood the term ‘male animal’ until right this second.”

In the room, the two agents shoved away from the table and stormed toward the door.

The prisoner tilted his head, still watching her. Or himself in the mirror. She reminded herself that he couldn’t see her.

“You’re up,” Bill said. “Thanks for coming in, again. I know you want to flee town tomorrow, and you totally deserve the vacation you have planned.”

“I’m ready to take a break away from here and explosions and fires and bad guys.” She stared for one more beat at the prisoner. “Though I’m glad you called.” There was something about the cuffed man that drew her. Oh, she didn’t like her unusual gifts, and until lately, she’d been able to hide them, but this guy was a challenge. Even for her. “I’ll send you a postcard from Ireland. Or Iceland. Or wherever I end up.” She was ready for a walkabout, and it was time to write that book she’d always wanted to start, before she went completely crazy. Then she’d open her new office and make a fresh start.

The door opened, and the nearest agent shook his head as he walked through. “This one hasn’t said a word. I’m not sure he’s even there. He did pass out when we first caught him.”

Honor took a deep breath. “I’ll see what I can discover.” She moved efficiently past the agents and into the room, shutting the door behind her. Energy struck her so quickly, she took a step back before she could stop herself. Then she breathed deep and forced her body to move into the electric field generated by the prisoner.

Drawing out a chair, she sat. It was still warm from the other agent’s butt. “Hi. I’m Dr. Honor McDoval.”

For the first time, the prisoner reacted. His upper lip twitched.

She settled more comfortably in the chair. Her skin electrified, and her breathing stopped for a moment. This was odd.

“Sam.” The guy looked down at his hands, which were secured by cuffs to a bar set into the table. “I suppose these are for your protection?” His voice was a low rumble, slightly gritty.

She wet her lips. Why did she have a feeling he could get out of those if he so chose, but he just hadn’t bothered? “Yes.”

“I won’t harm you, Honor.” His gaze ran over her features, and in the dim light of the interrogation room, his eyes darkened to the viridian patina of a lost sunken ship of old. “You’re a special one, aren’t you?”

She cleared her throat and forced herself to remain in place. “I sometimes consult with Homeland Security, but I’m not an agent.”

“Why you?” he asked softly, that gritty tone licking over her skin.

What in the world was wrong with her? She lifted one shoulder. “I’m good at it. Reading micro expressions, noticing nuances that nobody else sees.” It was the best she could—or would—explain it. “Do you want to tell me why you blew up those buildings? Homeland has been tracking you for the last month, and it seems you’ve destroyed plenty of real estate. But you’ve been careful not to hurt anybody. That makes you a good person.” She kept her voice level. Soft and encouraging.

His bark of laughter caught her off guard. “Oh, baby. You’re wrong on both counts.”