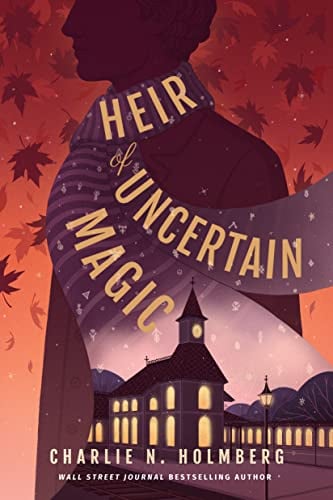 One man is on a journey to unravel his magical lineage in the next spellbinding novel of the Whimbrel House series by Amazon Charts and Wall Street Journal bestselling author Charlie N. Holmberg.

Thanks to house tamer Hulda Larkin, the mischief infesting Whimbrel House has calmed. But if Hulda’s job is done, what does that mean for Merritt Fernsby, inheritor of the remote Narragansett Bay estate, who’s only now coming to terms with his enchanted place in the world?

Merritt has realized his own burgeoning powers, which draw the thoughts of every plant, insect, and dog. His nights are sleepless, with an uncontrollable cacophony of voices that compel a long-overdue search into his uncanny bloodline. It’s not the only puzzle uniting Merritt and his ex-housekeeper, Hulda. Her friend and former employer at the Boston Institute for the Keeping of Enchanted Rooms has disappeared. Hulda herself is up for the now-vacant position of institute director, and her rival for the role is a stranger who’s suspiciously curious about Whimbrel House—and could have connections to an old foe.

As Merritt struggles to face his estranged family and Hulda dives into the institute’s secrets, the two are brought intimately closer than ever into the mysteries of wizardry, chaos, and love.