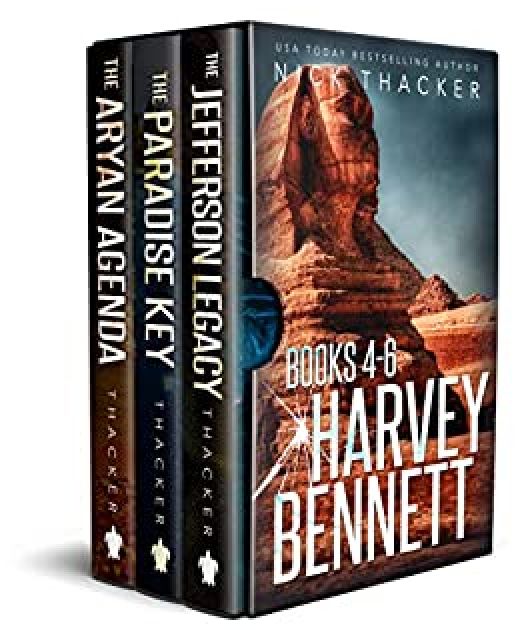 Continue the series with the next three installments!

With an over-4.5-star average on Amazon, and 2,000 customer reviews, these books are being compared to Dan Brown, James Rollins, and Douglas Preston and Lincoln Child. Jump in and discover the next great series in armchair travel and adventure.

Books in this box set:
The Jefferson Legacy
The Paradise Key
The Aryan Agenda

Meriwether Lewis was murdered because he knew a secret.

From the author that brought you the best-selling Harvey Bennett Thrillers series, The Jefferson Legacy is the newest installment in the series, and the first featuring the fully formed "Civilian Special Operations" team.

Paradisum is a science-based theme park.

At least, that's what everyone thinks.

But there seems to be something sinister going on beneath the surface.

Harvey Bennett and his CSO team receive a distress call from their friend, Sarah Lindgren:

Her father has been kidnapped.

Worse, she believes his kidnapping is only the tip of the iceberg.

From Santorini to Egypt, Michigan to Athens, The Aryan Agenda is a nail-biting mystery/thriller of epic proportions!