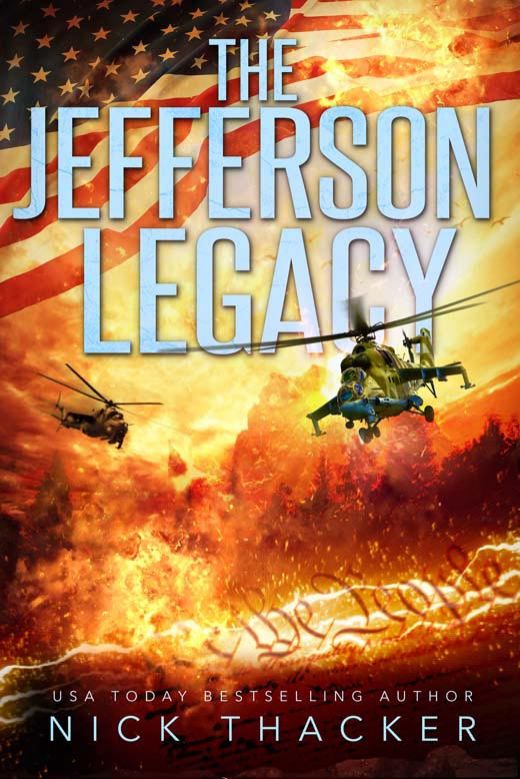 Meriwether Lewis was murdered... for a secret.

And only Harvey Bennett and the CSO can stop it.

Harvey “Ben” Bennett is back, and he’s not alone. His new team — the Civilian Special Operations — is putting the finishing touches on their new headquarters when they receive a call:

There’s been a murder. And in its wake, a seemingly insignificant artifact has been stolen.

Ben and crew make their way to Philadelphia to investigate and are greeted by a modern-day American Philosophical Society —and learn that they are protecting a deadly secret that reaches back through history to Founding Fathers themselves.

What was the secret that Meriwether Lewis died for?

And why are so many willing to kill for it today?

Dive into intense action, non-stop thrills, and a new spin on history!

From the author that brought you the best-selling Harvey Bennett Thrillers series, The Jefferson Legacy is the newest installment and the first featuring the fully formed "Civilian Special Operations" team.