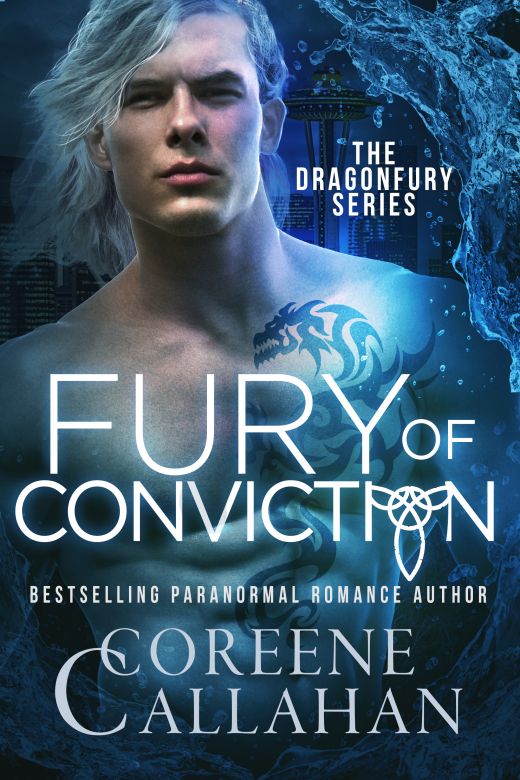 Chance brought them together in a world destined to tear them apart.

Caught between duty and honor, dragon-warrior Hamersveld is neck-deep in a dilemma. His commitment to the Razorback pack should take precedence, but when a new captive is brought into the lair, he’s forced to decide—risk everything to rescue a woman in desperate need of his help. Or stay loyal to the Razorback cause and keep his new home, along with his life.

Kidnapped by a rogue faction of Dragonkind, Natalie Bainbridge spends her days looking for ways to escape. Breaking out seems impossible until one of her captors offers her a trade—spend time with him in return for greater freedom inside his lair. With time ticking down, she enters the fray, playing a dangerous game with a man who makes no mistakes.

Will she buckle under the pressure? Or hold the line and break free for good?

Settling in, he leaned back against the edge of his desk and met Azrad’s gaze. “The competition is over. The three of you are in.”

Kilmar growled, eagerness in the undertone.

“Fucking A,” Terranon murmured. “About time.”

One corner of Azrad’s mouth kicked up. “When do we meet them?”

“Who chooses first?” Terranon asked at the same time, talking over his leader.

“Azrad,” Hamersveld said, eyeballing the three. “He’s earned the right. You and Kilmar hold the two and three spots.”

Kilmar raised a dark blond brow. “And if we both want the same female?”

“Draw straws. Fight it out.” Gaze moving between the three, he shrugged. “I don’t give a shit. Just as long as you’re primed and ready to go when the Meridian realigns.”

“We’ll be ready,” Azrad murmured, a strange, almost wary look in his eyes. “Who falls in the four, five and six spots?”

The question made Hamersveld tense, reminding him he still had a decision to make. Claim Natalie for himself or take her off the breeding program board entirely. Another excellent question, one he shoved to the side. He didn’t have time to deal with his need for her now. Not while standing in front of three males with too much brain matter and the wherewithal to use it.

“Ivar and I will decide who will breed the remaining HEs in the coming days.” Letting go of his grip on the metal edge, he pushed away from the desk. “In the meantime, the others stay here while you three head back to the city.”

Good guess. The most likely outcome if he left Azrad to his own devices. “Or I’m afraid I’ll lose my temper and drown you in a puddle.”

“Might want to do that now and save me the trouble,” Kilmar said, glancing at Terranon.

“Aw, come on, KK. Don’t be that way.” An unholy glint in his good eye, Terranon grinned. “You know you love me.”

Hamersveld’s lips twitched. “You got a place to stay in town?”

“Yeah. All set.” Plugging him with an intense look, Azrad hopped off the back of the couch. “When do we meet the HEs?”

Azrad frowned, causing the black metal stud piercing his eyebrow to shift against his skin. “We only get a week with our females before the realignment?”

“How much more time do you need?”

“With an HE? Every single second.” Unusual yellow-green gaze leveled on him, Kilmar shifted his shoulders against the wall. “I want all three weeks.”

Hamersveld grunted. He didn’t blame the male. Given a choice, he wanted that, and more, with Natalie. “I’ll take it under advisement. Let you know in a day or two. Now, move your asses. I want you gone before I speak to the others.”

Tipping his chin, Azrad flicked his fingers in salute and made for the door. The second the trio left his office, Hamersveld bowed his head. Taut muscles screamed in protest. Holding the stretching, he absorbed the pain and, listening to the thump of fading footfalls, exhaled to break the tension. Three down, three more to choose if he didn’t—

Static broke his train of thought, blasting through mind-speak. “Sveld.”

He righted his head. “What is it, Rampart?”

His female. The words hit him like a body shot. Sucking in a breath, Hamersveld shook his head. “What?”

“Natalie. The clever one,” Rampart growled. “She’s on the run.”

Already out the door, Hamersveld sprinted down the corridor. “How far has she gotten?”

“Pretty far. She’s—fuck. She’s past the inner doors, heading for the service elevator. Is messing with the…” The fast click of computer keys came through the cosmic link, scoring his temples. “Shit, Sveld. I know you don’t want anyone touching her, but—”

“Track her. Hack into human CCTV, use the street cams we set up if you have to, but—”

“Got it. I’ll ping you if anything changes.”

“Keep it on the down low. No one else in the loop.”

“Ram,” he growled, needing to protect a female he shouldn’t, but already thought of as his own.

“For now. Things get out of hand, I gotta tell Ivar.”

Charging up the stairs, Hamersveld severed the connection. The work of seconds, and he was aboveground, across the hangar, and through the front doors. The instant he cleared the metal structure, he shifted into dragon form and took flight. Cold blasted over his scales. Sitting outside keeping watch, Fen screeched and, following his lead, launched skyward.

Magic warped around him.

Fen on his wingtip, Hamersveld rocketed over the forest, toward 28 Walton Street, the lair he shared with Ivar and his personal guard.

No time to waste.

Natalie was out of pocket and heading for a fall. If he didn’t lock her down, Ivar would. The male might love him—might even be amused by his decree no one go near Natalie—but that wouldn’t keep him from protecting the integrity of the breeding program. His commander was on a mission. One designed to save all of Dragonkind. Little room for error. No tolerance for insubordination. Zero patience in the face of jailbreaks and obstinate females, so…yeah. No question. He needed to reach her first. Reach her fast. Before Rampart roused Ivar, and Natalie received a lesson no female wanted to learn.