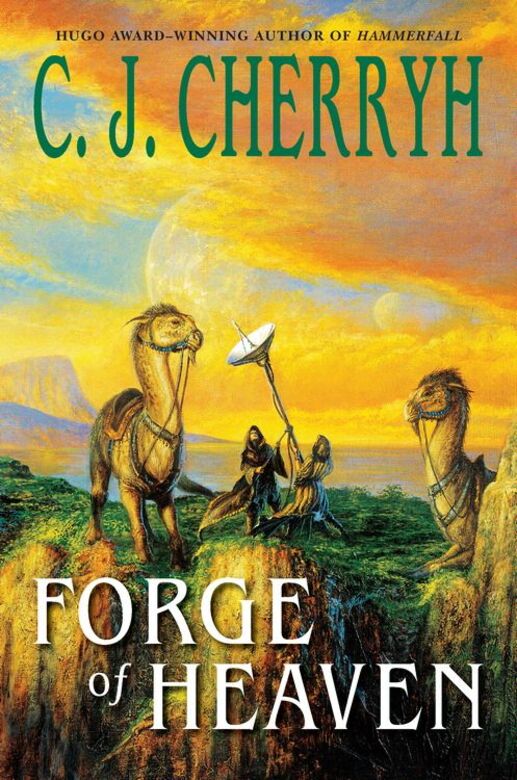 From C.J. Cherryh, one of science fiction′s greatest writers and a 3-time Hugo Award "Best Novel" winner, comes the exciting and long-awaited follow-up to Hammerfall, the second novel of the Gene Wars, now in mass market.

In the second volume of "The Gene Wars," C. J. Cherryh further explores the captivating new universe where two interstellar empires, scarred by nanotechnology weaponry, hover in an uneasy detente. Perched at the edge of the galaxy, tiny Concord Station holds the balance of the universe within its carefully regulated worlds. For, created to carefully monitor the crucial desert planet below, it lies in the tenuous intersection between the territories of Earth and the alien Ondat.

Marak Trin Tain has saved a planet′s people from total destruction, when the implacable ondat sent down a hammerfall to destroy the planet and keep its deadly nanoceles from changing life and evolution forever. But the regrowing planet is fragile, and a deadly cataclysm could destroy Marak--and with him, the hope for peace within the universe.

Meanwhile, on Concord, an unexpected ship from Earth disrupts the uneasy truces between human and alien, and the consequences could restart the terrible Gene Wars that once destroyed most of humanity.