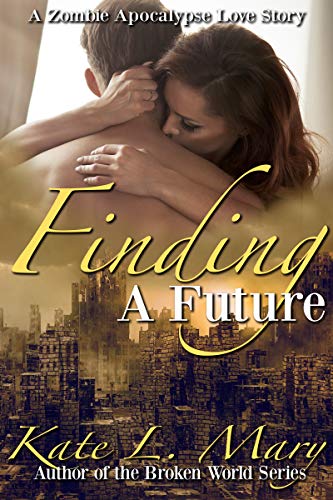 My sister's death is the worst thing I've ever been through. More destructive than the zombie virus, more damaging than losing my family and friends and everything else I'd ever known. I've tried coping, but no matter what I do, nothing seems to fill the hole in my heart.

After nine months on my own, safety is finally within my reach. I was starting to think I'd never get to experience human interaction again. Never get to hear laughter or feel the warmth of someone else's skin on mine, and forget sex. All of that seemed like a dream. But not anymore.

Olivia and Greg are at a crossroads when they meet. Heartbroken and grieving, she's about to give up, while he's ready to start a life he'd thought might never happen. After a not-so-chance meeting, they work together to make it to the compound, and along the way learn something about the world.

They are not alone.

Together, they just might be able to find a future worth living... 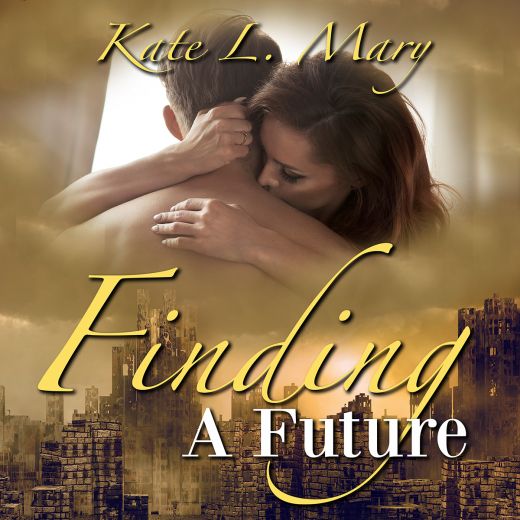 Hector stood behind the makeshift counter that separated the average citizens of the Columbus Safe Zone Compound from the armory of weapons, his mouth open in shock as he stared at me.

“You’re crazy,” he said when he’d finally collected himself. “That’s more than twenty miles from here. I know there was a time when that was nothing, but these days you have about a fifty percent chance of getting your face ripped off.”

“I’m going to my apartment.” I looked him square in his dark brown eyes as I repeated the words I’d said when I first walked into the room. “This is happening, Hector.”

“You know I can’t give you backup,” he told me, even though he knew I was very familiar with the protocol for leaving the compound.

The lines around Hector’s mouth deepened when his frown did. “Is this about Sylvia?”

My entire body jerked at the mention of her name.

“Don’t,” I managed to get out through gritted teeth. “Don’t talk about my sister. Don’t even say her name.”

Sadness filled his eyes, and his voice was softer when he said, “This isn’t what she’d want you to do.”

“I’m warning you, Hector.” My throat had tightened now, and I was dangerously close to  losing the fragile control I’d been clinging to for the last four months. “Please.”

“Liv, come on. You’re not the only one hurting. You know that.” Hector’s shoulders drooped. “I miss her too, you know. Every day.”

I did know. They’d been an unlikely pair, forty-year-old Hector with his receding hairline and my twenty-four-year-old sister, but they’d been happy together. Plus, there was a lot of that going around these days. The apocalypse made for strange bedfellows, blurring the lines that used to exist or in some cases destroying them completely, and suddenly things like age and race and religion didn’t matter as much as they once had.

He shook his head as he turned away, and I knew I’d won.

I took a deep breath while I waited for Hector to get me the things I needed, blowing it out in hopes of easing the ache inside me. It didn’t lessen, but deep down I’d known it wouldn’t. It had been present since Sylvia died and there wasn’t a damn thing I could do to get rid of it. Yes, Hector was hurting, but he was getting through because he had a purpose. He was head of security, in charge of all the weapons and ammo, and the guard detail. On top of that, he was responsible for securing the perimeter of the hotel we’d turned into our compound. He’d thrown himself into his job after Sylvia died, but I’d had nothing to distract me. Before she was killed I’d been more than happy to go out on supply runs, but ever since that fateful moment when she showed me the bite on her arm, I’d found it impossible to leave the walls. Now I went through life feeling like a chunk of me had been ripped away, and I wasn’t far off. Sylvia had been my identical twin sister, after all.

Hector returned with a somber expression and the weapons, a large hunting knife and an M9. He set them on the counter separating us and started filling out the paperwork. When he was finished, he turned the logbook around and I signed my name, verifying that I was checking out the knife, the handgun, and the magazine with ten rounds of ammo. That was all I was allowed to take thanks to the strictly enforced rationing system, but it was more than enough. Hector was right to question my motives, because at this moment, I was fairly certain I wouldn’t be coming back.

“You sure you want to do this?” he asked when I clicked the magazine into place.

He sighed. “You promised her, you know that.”

I had. Before they took her out back and put a bullet in her brain, I’d promised Sylvia I wouldn’t give up. It was the same promise I would have asked her to make had the situation been reversed, but like me, I had a feeling it wasn’t one she would have been able to keep.

I looked up and met Hector’s gaze, and a little bit of doubt crept into my mind. He wasn’t anyone I would have ever pictured my sister with, but she’d loved the man standing in front of me. Maybe it would have been easier for her if I’d been the one to die or maybe she would have felt just like I did now. Like I was half a person. Either way, it didn’t matter, because I didn’t have anyone or anything to live for.

“I know what I promised her,” I said as I slipped the hunting knife into the sheath at my waist. “I also know how I feel.”

“And how’s that?” Hector asked.

I shoved the M9 into the holster strapped across my chest and met his gaze. “It should have been me.”

“Yes.” I turned my back on him, but had only taken one step before I said, “Take care of yourself, Hector.”

I left before he could respond.