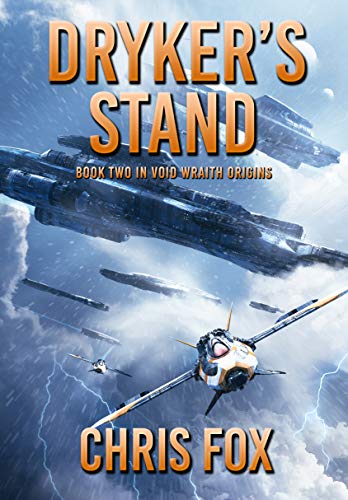 Earth has had a year to recover from their first clash with the savage Tigris. A year they have put to incredible use. Over thirty vessels have been outfitted with the new Helios Drives, which allow them to enter our sun and emerge elsewhere in the galaxy, as the cats did when they attacked us.For the first time we can take the fight to them.Commander Dryker, now of the U.F.C, serves as first officer aboard the very first vessel to be retrofitted, the UFC Johnston. His mission...explore the six target worlds where they believe ancient Primo tech can be recovered. Without it mankind is doomed to a protracted war of attrition with a superior foe.Meanwhile, Pride Leonis has never been in so precarious a position. Mighty Fizgig must aid the man she most hates in his rise to power, or risk her people's ultimate destruction. Doing so will cost her everything, but make her a legend in the eyes of her people.Unbeknownst to either the insidious Void Wraith are quietly returning, and preparing the next Eradication.Book 2 in the Prequel Series. Check out the Void Wraith Saga for the complete story of the war with the Void Wraith...