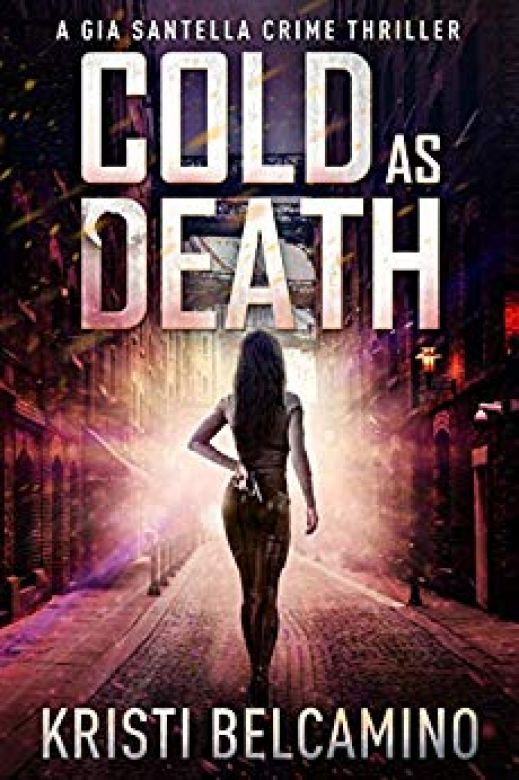 Gia Santella and Rosalie have fallen into domestic life at an estate outside Mexico City where the seemingly endless days are long, lazy, and luxurious ...

The sun-drenched days seem as if they will last forever. Even though Gia must return to San Francisco when Rosalie's school starts again, that reality seems far away.

﻿Meanwhile, Nico Morales is intent on finding a way to exit his role as the head of one of the world's most powerful cartels so he can be the father Rosalie needs. His only desire in life now is to keep the girl safe.

But his actions﻿﻿ to protect her backfire terribly and in the most horrific way.

﻿And it's up to Gia to save them all.

﻿Now she must risk it all for those she loves.﻿

Content advisory: Prolific use of swear words, particularly the author's favorite - the F bomb. Some sex. Some drugs. Some ass kicking.

Deep in the jungle

The riverboat docked and two men with assault rifles got off the boat. They stood at attention, eyes scanning the terrain as he stepped onto the deck. He was an older man with silver-flecked black hair and a slight figure. Many had made the mistake of underestimating him because of this. Under his athletic trainer pants and zipped-up jacket, his body was pure sinew. He knew that his physical prowess was equally as important as his mental agility if he was going to take over the world’s most powerful drug cartel.

Only one person stood in his way—the current head of the cartel, Nico Morales.

But not for long.

He waited on the dock until he saw the man he was meeting emerge from the jungle.

Lars Singer greeted him with a wave and salute.

Only then did he head toward the end of the dock.

Singer was flanked by two men in camouflage—members of the guerilla army that had just taken over this operation. Morales probably had not received word yet. But he soon would.

It was just one of the many stops he had planned for the week. As the Russian mercenaries he hired took out each of Morales’s operations one by one, he would snap photographic evidence of the bloodshed and text it to Morales at the end of the day.

Just as Morales was reeling from one assault, he’d send another. If his first plan didn’t work, he had another. And then another after that. He always had a plan.

It was all designed, at first, to shake up the drug lord. And at the last, to take him down. This was simply the opening chess move. It was the beginning of a masterful campaign to destroy the cartel leader.

Singer led him to a makeshift structure in the jungle that had a roof but was open to the elements on three sides.

There was a large table centered under the roof. Maps were spread across it, anchored at their corners by boxes of ammunition. A few sturdy wooden chairs were pulled up against the table, and several crates of weapons and ammunition were stacked inside the structure. On top of one of them was a tray holding a campfire coffee pot and cups. A small fire burned in a pit just outside the structure. And a little beyond that was a stack of bloody bodies.

“Want a cup?” Singer said in his Russian accent.

“Yes, please. Cream. No sugar,” he said. “Give me just one minute. I have a small task to attend to before we talk about our next target.”

Before stepping inside the hut, he held his phone up and began to record. He would distort his voice before he sent the message. When he finally destroyed Morales, he wanted the man to be surprised.

“Buen dias, Señor Morales. As you can see, I’m in the jungle. I’d much rather be in my Paris penthouse smoking a cigar and getting ready to attend the opera, but you have made me change my plans. I tried to negotiate with you in a more civilized manner, but because you were reluctant to see things my way, I have been forced to take drastic measures. I know that you employ some of the most skilled soldiers in the world, but I was able to find some even more ruthless then your men.” He paused, looking off into the distance and then continued. “You and I were raised to believe that what happened to us—the injustice wrought upon our people—molded them into avenging warriors, but alas, there are even more horrific upbringings in the world than our own. My men, my army, much like jihad terrorists, were raised from infancy to be killing machines. They are precise instruments of death. That is why your men…well, you can see for yourself.”

He turned the camera and began filming the stack of bodies behind him. He continued to speak. “This is only the beginning. It doesn’t have to be this way. If you step down and name Juan Vargas the new cartel leader with a public proclamation, then your men will survive this coup.”

He bent down and held the screen closer: bodies with eyes wide open and mouths ajar; flecks of brain, blood, and bone spattered on their faces; skulls ripped off heads.

“It is not pretty, but alas, as I said, you have made this necessary. I will be in touch. Only you can stop this, Nico.”