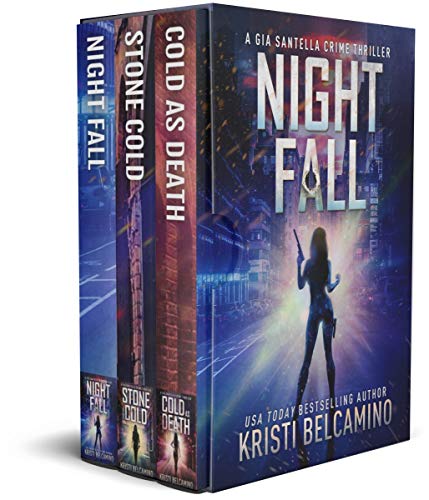 Save 33% when you buy books 7-9 in the GIA SANTELLA CRIME THRILLER series: Night Fall, Stone Cold, Cold as Death.

This three-book boxset follows Gia Santella back to San Francisco's gritty streets and dark underbelly in NIGHT FALL where Gia faces a new evil intent on destroying the city she loves.

Next, in STONE COLD, Gia heads to Mexico where she confronts Nico Morales, one of the world's most powerful cartel leaders, as she vows to keep him from taking custody of Rose, a girl she has taken in as her own daughter.

In COLD AS DEATH, the new family has settled into domestic bliss in Mexico City until Nico's efforts to leave the cartel take a terrible turn for the worse and only Gia can save them all.