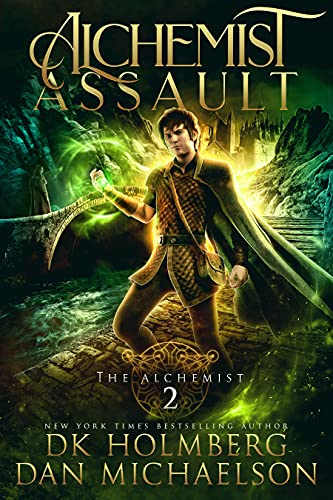 Alchemy is the key to stopping the Nighlan, but no Alchemists remain.

The dangerous alchemy key has bonded to Sam, giving him access to the almanac that is the key to the ancient power of true Alchemy. He’s made an enemy of the Nighlan, but it’s those inside of the Academy he worries more about. Though he has no magic, he has continued to excel, which puts a target on his back. He has allies inside of the Academy, but remains an outsider.

This time, his knowledge of Alchemy and the arcane arts might not be enough. Sam must find real power within himself for failure means that more than the Academy will fall to the Nighlan.