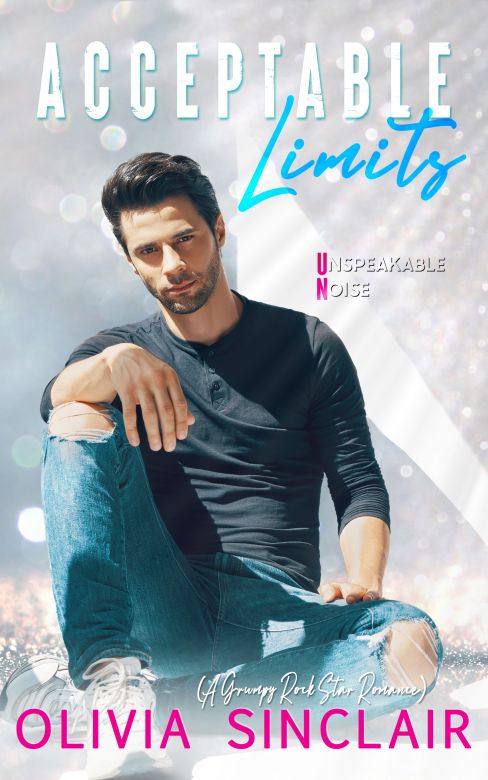 I can’t even manage an apology without needing to be rescued from the storm. By Todd, naturally (cue eye roll). But it can’t work out between us, can it? It’s not just the age gap. Failing coffee shop owners do not hook up with the likes of world-famous lead singers hiding out in a small town — not long term, at any rate. And he says forever is the only thing he wants from me. But he’s just indulging his hero complex, right? He can’t really mean it…

Lilah’s smile is pure sunshine. I don’t give a rat’s ass what she thinks of the band’s music. Calling me ancient isn’t exactly reassuring, but I’m really more concerned about her risking life and limb simply because she didn’t know I was famous. Pretty clear to me she can’t fall down if she’s in my arms (or preferably in my bed). So that’s where I’m planning to keep her — safe, and all mine. That way, I might be marginally less grumpy from worrying about her. Think she’ll let me get away with that?

No surprise the rest of the band thinks it’s hilarious watching me sweat while failing miserably at corralling my girl or getting her to spend some of my money. That is, until a shadow from our past shows up that puts everything at risk. I appreciate their help, but you can tell them from me they need to go find their own women. No falling in love with Lilah.

Acceptable Limits is a steamy, small town, grumpy billionaire rock-star romcom (with an age gap, an HEA, and at least two kitchen sinks). Think you might recognize Todd? (unlike some people…) He first appeared in Challenging Burke. Once he found Lilah though, he insisted on interrupting that series for his own story, right back on quirky Embrace Island!