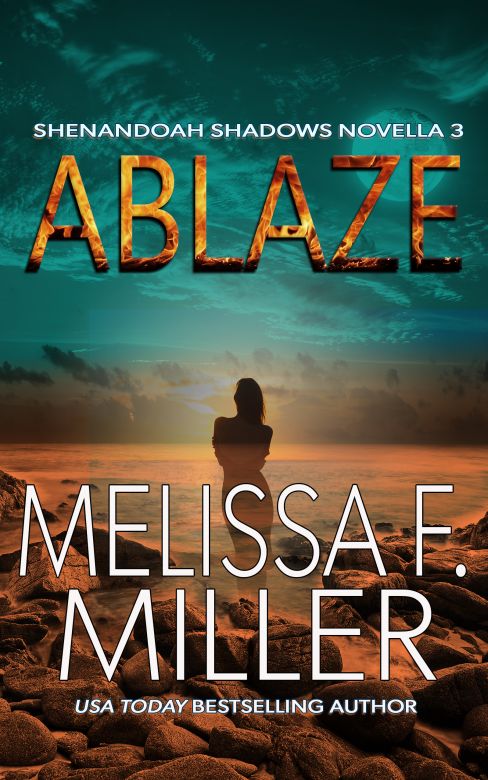 Trent sat in sullen, seething silence. Beside him, Ryan Hayes, Assistant United States Attorney and all around good guy, drummed his fingertips on the steering wheel.

Trent blew out a long, loud breath. “I know. I just … Ryan, I’d rather stand and fight than run and hide.”

“Dude, I know. I get that. But I’m not sure you fully comprehend the situation you’re in.” Ryan stopped at a red light and glanced over at him. “Do you?”

Trent got it. And he knew Ryan was right. But that didn’t mean he had to like it. Ryan kept his eyes on Trent’s face, waiting for a response.

Ryan took his foot off the brake and gave the car some gas. “So, you understand that the Commonwealth Attorney has called a press conference, where he plans to announce an indictment against you for the murder of Rear Admiral Sampson?”

“Which we both know I didn’t commit.”

“Sure, right, and nobody’s a bigger believer in our system of justice than I am. Under ordinary circumstances, I’d tell you to hire a top-notch criminal lawyer and wipe the floor with the prosecution.”

“But these aren’t ordinary circumstances because the Department of Defense is leaning hard on the Virginia prosecutor to nail me to the wall. I’m still innocent. So?”

Ryan shook his head and turned onto a tree-lined cul-de-sac. “So, a friend who works in the Office of the Commonwealth Attorney tells me they plan to request no bail.”

Ryan pulled into a wide driveway and brought the car to a stop. He turned to face Trent.

Trent’s jaw fell, and he clamped it closed. “You didn’t mention that part earlier.”

“I was hoping not to have to. I thought you’d trust that I was looking out for your best interests. You know, I could lose my job for this.”

“Thank you for putting it on the line for me. I’m sorry I’m acting like a dickhead.”

Ryan threw back his head and laughed. “Apology accepted. Now there’s one other thing I didn’t tell you. It’s about your temporary digs.”

Trent peered up at the red brick house with its white-columned portico and side-entry garage. “Looks like a standard-issue suburban home. Anonymous, blends in with the neighborhood. Seems like a good place to lie low. So what’s the issue?”

Ryan passed his hand over his mouth, then said, “You’ll be sharing it with someone else. Obviously, I couldn’t requisition a team of U.S. Marshals and a neutral site in your name. Not with the murder indictment about to come down. So, I reached out to a team I trust to keep a secret.” He nodded up at the house.

“So, what? Am I bunking with a mob boss? A terrorist turned cooperating witness? Who’s the scumbag?”

Trent stared at Ryan for what had to be a full minute. When he spoke, he couldn’t hear his own words over the rush of blood in his ears.

“Olivia? As in, Olivia Santos?”

Ryan clasped him on the shoulder. “The one and only. C’mon, it’ll be fine. You hounded me for weeks to tell you where I stashed her. Well, now you know.”

Ryan exited the car and approached a tall, gray-haired, bespectacled man in jeans and a golf shirt who came loping around from the side of the house. Part of the team assigned to protect Olivia, no doubt.

Trent sat in the car, frozen, trying to make sense of the news Ryan had dropped on him. Being charged with murder, having a hit out on him—these were circumstances that would leave most people reeling. But, as far as he was concerned, the real bombshell was Olivia.

Olivia, who’d given him a fleeting glimpse of salvation and happiness—of life itself—and then threw it all away to play the hero. Olivia, who’d exposed a dirty web of corrupt politicians and then vanished without so much as a goodbye. Olivia, who filled his dreams every night, but not his bed in the morning.

He forced himself to open the car door and trudge toward the house. His legs were lead weights, and his chest was an iron cage. He wanted to tell Ryan to call it off: he’d rather take his chances with a shiv-wielding cellmate in the county lockup than in a four-bedroom, center-hall Colonial with Olivia Santos.

Olivia shifted the curtain back into place and hurried out of the living room, racing for the stairs and the safety of her bedroom. Deputy Marshal Nicole Reese stepped into her path.

“Aren’t you gonna stick around and say hi to your new housemate?”

From the tilt of the deputy marshal’s head and the half-smile that looked suspiciously like a smirk, Olivia had a feeling Ryan had filled in her protective detail about her history with Trent.

“Um, later. I’m kind of sleepy.” She stretched out her arms and yawned exaggeratedly.

Nicole eyed her. “It’s two-thirty in the afternoon.”

“That’s a good idea. You should invite the new guy. Get to know him.”

Olivia pulled a face. “You obviously know I know him. So whatever you want to say, spit it out.”

She wouldn’t call the deputy marshal a friend, not exactly. But she was the closest thing Olivia had to one in her current situation. And they’d been living together for over a month. So they shared an easy familiarity. Not like the stiff, formal Deputy Marshal Dane Michaels, who’d cracked one smile—if that—in the thirty-seven days they’d been together.

Nicole’s face softened. “Look, Ryan said you were involved with Mann. I don’t know the details obviously, but you’re just going to make it worse for yourself if you act all awkward. It’s not like either of you has a choice about being here. You might as well make it as stress-free as you can.”

She sighed. Nicole was right. “I guess.”

She turned and pasted a smile on her face, ignoring her pulse hammering against her throat like a trapped bird.

“He said Trent needed to disappear for a while, that it was a matter of life and death, and there was no place he could go. I figured Ryan was exaggerating so I wouldn’t try to object.”

“I don’t think AUSA Hayes exaggerates. Like ever. Your boy’s about to be charged with murder. The prosecuting attorney is going to ask for detention until trial. And word’s gone out through the jailbird grapevine: There’s a cool quarter mil for anybody who takes him out.”

A shiver ran along Olivia’s spine. Gooseflesh pimpled on her arms. “There’s a contract out on him?”

Someone wanted Trent dead badly enough to pay two hundred and fifty thousand dollars to make it happen? Her head spun. She’d sacrificed everything to protect him. She’d sacrificed the possibility of them being something. And it had all been for nothing.

Her smile cracked and faded. Her stomach dropped. Her throat closed. She’d accomplished nothing. She’d squandered her chance at happiness. And now Trent would hate her.

“Chin up, Santos,” Nicole whispered as the door opened and Dane and Ryan walked into the house. Trent followed a half-step behind.

He strode into the house with his head bent, studying the floor like it held ancient secrets. When he raised his face and looked at her, her breath caught. His face was a stone mask, but his eyes flashed betrayal and hurt. In an instant, the pain vanished—so fast that she was sure she’d imagined it.

He turned his gaze toward Nicole and smiled. “Hi. I’m Trent. You must be Deputy Marshal Reese.”

She stepped forward and shook his hand. “Call me Nicole. And, uh, you know Olivia.”

He nodded. “Olivia.” His voice was flat.

He stared at her for a half-second, then turned to Dane and adjusted the bag slung over his shoulder. “Wanna show me where I’m bunking?”

As Dane led Trent upstairs, Ryan gave Olivia’s hand a reassuring squeeze. “He’ll thaw out. Just give him some time.”

Ryan shrugged. “Part of this is my fault. I … didn’t tell him you’d be here, Olivia.”

Olivia blinked at him. “What? Ryan—”

“He’s a mule. It took forever to convince him to let me hide him. I thought—look, if he’d known you’d be here, I was afraid he’d refuse to come.”

“He hates me that much?” Her soft, shaky voice made her cringe.

Ryan shuffled his feet, then coughed. “Uh, I think you broke his heart, Liv.”

A silence fell over the hallway. The low rumble of male voices drifted down from upstairs as Dane showed Trent around. Olivia gaped at Ryan, who threw the deputy marshal a helpless look.

Nicole shook her head. “Well, family-style dinners are about to get interesting.”