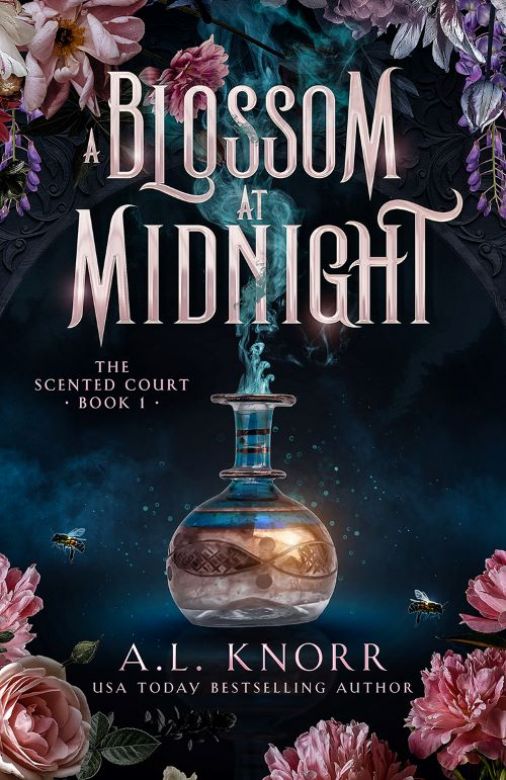 Book 1: The Scented Court
A.L. Knorr Founding author
Follow
One has a coveted place among royalty; one is imprisoned by her betrothed; one is exiled—can they stop a war?
Genres: FantasyEpic FantasyYoung adultYA Fantasy
Buy now
Available in:

One earns a coveted place among royalty. Another is imprisoned by her betrothed, while the third is exiled until he can prove his worth. Can these three fae prevent a war?Rejection has left fae courtier Laec wallowing in wine and disdainful of what he sees in the mirror. When Queen Elphame offers him a foreign commission, he jumps at the chance for a fresh start, but soon learns that healing his heart may inflame the very trouble his queen sent him to prevent.Beautiful and eligible Çifta believes in the importance of duty. Wishing to please her father, she agrees to marry a powerful unseelie prince. But when she discovers his cold heart and attempts to break the engagement, the princess-to-be quickly finds herself in chains. Alone and trapped in a damp fortress, she cannot see a way out.Half-fae Jess longs to leave her rural life. She’s always obeyed her mother’s commands to keep her pointed ears and winged familiars a secret, but the repressed teen is on the verge of rebellion. When she attends a flower festival and her secrets are discovered, it triggers a cascade of opportunity she never thought possible. As her exciting new life—and magic—blossoms, she learns that her mother has been keeping a much more serious secret from her, one that changes everything.When a visit to another realm sparks a dark turn of events, it sets these three fae on a collision course with disaster. Will they wilt under pressure or become a thorny threat to evil?A Blossom at Midnight is the poetic first book in The Scented Court, a new YA noblebright fantasy series by an award-winning author. If you like feisty protagonists, a dark villain, flora and fauna magic, slow-burn romance, and epic fables steeped in the beauty of nature, then you’ll love A.L. Knorr’s dreamy otherworld. Perfect for fans of Holly Black, Elise Kova, and Jennifer L. Armentrout.