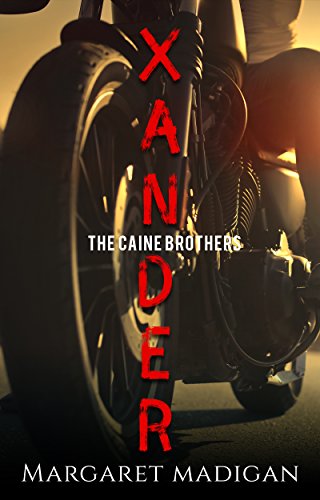 Falling for the daughter of his sworn enemy means making a choice between passion and peace.

When Xander Caine administers a little biker justice to a wife-beating scumbag from the rival Ravagers, he and his fellow Huntsmen walk a fine line between keeping the peace and breaking a long-standing truce.

Gracie Buckner is the daughter of the Ravagers' president, but she left the biker life a long time ago for college and a career as a photographer. When her sister's husband beats her yet again, Gracie hires the Huntsmen for due process—the biker way.

Showing up at the Huntsmen's tavern to confirm the job's been done turns into an episode of hot—anonymous—sex when Gracie runs into the irresistible and Xander. Horrified, Gracie bolts, only to run into him again—leading to more anonymous sex—at a local bike rally. The bigger problem is the instant—and deeper—connection that haunts them both. Once they finally reveal their identities, their fates are sealed.

The Huntsmen-Ravagers feud is the stuff of legends, and finally reaches a tipping point when the rivals learn of Xander and Gracie's relationship, leading to an epic battle in the middle of the rally. When the dust settles the landscape of both clubs looks vastly different, but Xander and Gracie are determined to stand together in peace and celebrate their star-crossed passion.