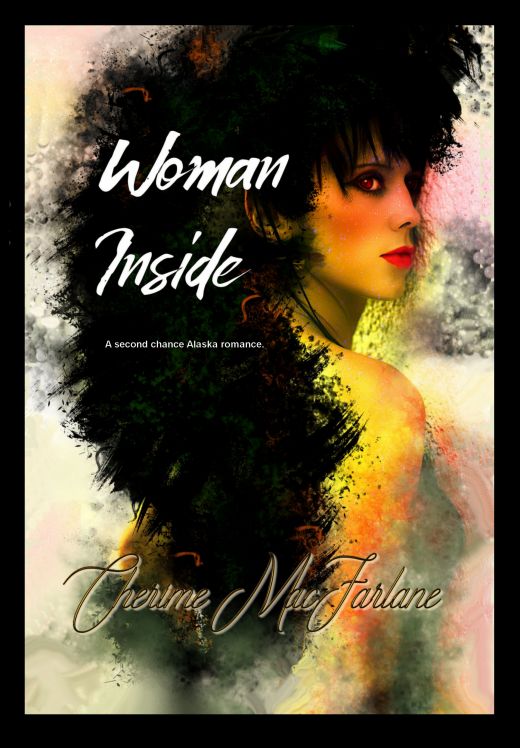 Cherime MacFarlane
Follow
Trudy worked full time and a major side hustle to get enough money for her own slice of the American dream.
Genres: Action & AdventureRomanceSecond Chance Romance
Buy now
Available in:
Share

A second chance Alaska romance.
Trudy worked full time and a major side hustle to get enough money for her own slice of the American dream, land. Not just a box she slapped money down on, but acreage. Only problem, it’s in interior Alaska, where the temperature can fall below minus 25. Her next-door neighbor doesn’t think this cheechako will make it without a man. Trudy has no choice, there is no backup plan.
Deak has problems of his own. His wife died in an accident and he can’t move forward. Still, something about his new neighbor is appealing. Maybe it’s the dark hair she can’t seem to keep tamed that has his fingers itching.

The game seems to remain the same no matter what you do. And I don’t think I’m talking out of turn for the rest of the women I know. One gain is met with two knocks back. Men have the upper hand and are not going to let go.

A huge irritation for me, and some other women, are the sellouts. We’ve all seen and heard the submissive little darlings, mealy-mouthed twits, extoling how wonderful it is to be controlled by some big alpha dude. They sure whine out of the other side of their mouths when that wonderful male takes it elsewhere. Poor, picked on little darlings often find themselves left for a younger, prettier one a little tighter in a place the old alpha has a yen for.

What can a woman do about it? Other than going full-on over to the other side sexually, not a hell of a lot. That is, unless you start young. If you’ve had the good fortune to be brought up by a strong woman, you may have a shot. Your chances increase if Dad didn’t discriminate between the boys and girls. Still, you’re up against the wall—forget the glass ceiling—it’s a fucking box and we’re in it.

Where is this diatribe headed, you may ask? To the most outlandish thing I have ever done. Told the boss I wasn’t going to be the patsy for his favorite bros. They could do the work on their own; they didn’t need my help. Get some other poor person to work for shit wages and never get a promotion.

I had already sold or given away damn near everything. I’d taken the last tax return, piddly as it was, and managed to put a down payment on ten acres in eastern Alaska. An estate sale, I got pictures of the cabin and the surrounding land. The car went next and the cat to a friend. I’d send for Peanut when I could.

Nasty as it was, I stiffed the landlord. He had the last month’s rent already. I’d been clean enough while living in his dump, not that it mattered. He’d find a reason to keep that as well. A backpack and one suitcase went to the airport with me.

I kinda knew what I was in for. The cabin didn’t look as good as it could. Some reading told me I’d better buy clothes up there. A few second-hand jeans, long sleeved shirts for the heavy work, two good pairs of boots for winter and summer, and a heavy coat. A truck, something with four wheel drive, topped my list of must buys.

The chainsaw bothered me. I’d heard a bunch of stuff about how hard they were to manage and starting one was a big deal. Keeping it from slicing you to bits was a bigger deal yet. I could use a little electric one for around the cabin. Thank heavens, it had electricity.

With no running water and a little propane stove, I’d be hauling both. The realtor had given me the talk. He tried to convince me I couldn’t handle the place. I’m stubborn. With everything sold, every penny I had in my bank account, I boarded the plane.

The realtor doubted my will. I sure as hell hoped he was wrong. I planned to thrive, not just survive. Why couldn’t a woman make it on her own in Alaska? The place was on a road, sort of. How the hell hard could it be?

This was it. Time to prove to myself who the woman inside was.