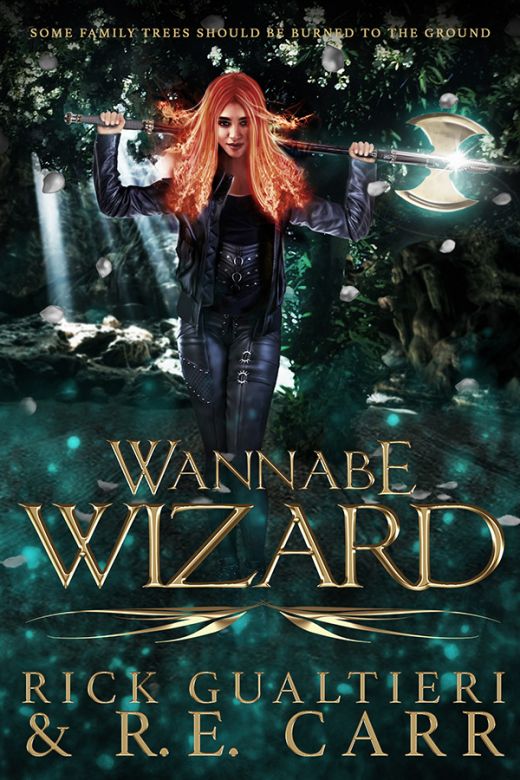 Wannabe Wizard: From the Tome of Bill Universe

SOME FAMILY TREES SHOULD BE BURNED TO THE GROUND

My name is Jessie Flores and I thought I was done being jerked around by witches, dryads, and gods in my quest to become a real-life superhero. Turns out they were just getting started.

My father's been kidnapped, a handsome vampire with a shady past won't stop shadowing me, and my best friend's family is actively trying to kill him.

Fixing all of that won't be easy, though, since I've been cursed to complete thirteen divine trials, while a newb fury haunts my every step. If I fail, I'll die. If I hesitate, my friends will suffer instead.

I might not have enough power in me to save my loved ones and satisfy the whims of the gods. But you know what? I'm willing to die trying. Because that's what a real hero would do.

From Rick Gualtieri – author of the Tome of Bill series – and R.E. Carr – creator of the Rules Undying series – comes the newest chapter in False Icons, a kick-ass humorous fantasy tale set in the hilariously terrifying world of Bill The Vampire.

Scroll up and click READ NOW to dive into this snarky adventure.