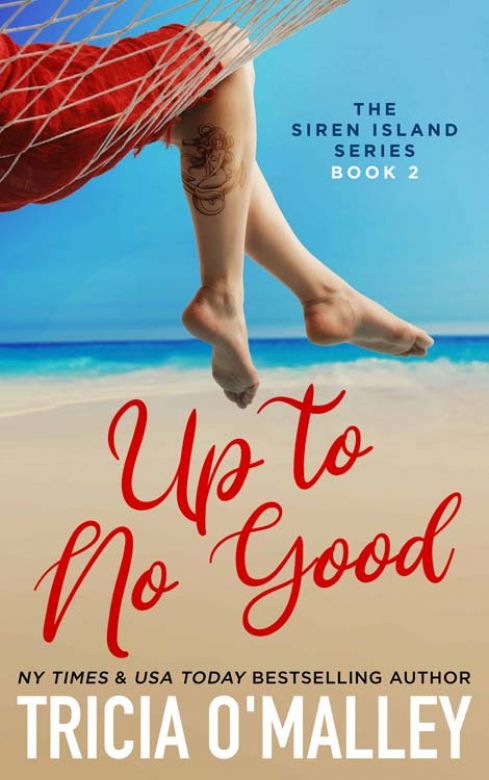 Up to No Good

Book 2: The Siren Island Series
Tricia O'Malley Founding author
Follow
A world traveler and artist, she never stays in one place for too long, or with one man.
Genres: Contemporary RomanceRomantic FantasyRomanceFantasy RomanceHoliday RomanceGeneral FictionParanormal Romance
Buy now
Available in:

Lola Ramon has cultivated a life most would dream of – or judge – depending on who is doing the looking. A world traveler and artist, she never stays in one place for too long, or with one man. A fateful meeting with a psychic in Italy reveals the cracks in her happy exterior and sends her to Siren Island determined to take a break from her wandering lifestyle. There, she hopes to finally find answers to a question that’s always enchanted her.

Gage Rivelle waved goodbye to the corporate world from the deck of his beautiful new sailboat years ago and has happily settled into a leisurely life leading sailing tours on Siren Island. Used to women of all ages throwing themselves at him, Gage has developed a discerning eye for what he’s looking for in a life partner. When Lola steps off the plane, Gage knows instantly he’s found the one.

Fiercely independent and determined to explore the mermaid mythology of Siren Island, Lola has promised herself a break from whirlwind relationships. Admittedly attracted to Gage, she pushes him away, wanting to take this time to focus on herself.

In a battle of wills, Gage must prove to Lola that he isn’t the island playboy she thinks he is, but instead could be the one man who will stick by her side forever.