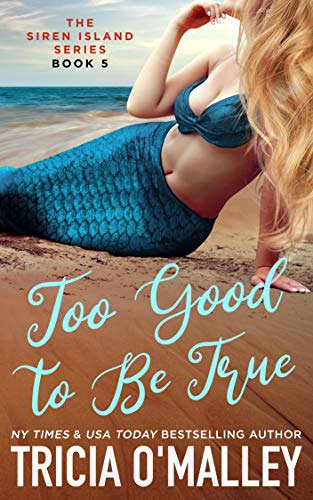 When the oracle predicted that Mirra would need to be rescued…Mirra is shocked to find the premonition unfold literally. When Silas Somerborne races to save the day, and rescues Mirra from certain death, she knows immediately that he’s the one she’s been waiting for. And yet, no matter how hard she tries, Silas pushes Mirra away.Silas has spent his life escaping notice by living on the fringes of society where hard work and keeping his head down is all he knows. He’s content with his life as it is, and Silas certainly doesn’t need a bombshell beauty like Mirra to intrude. As far as he’s concerned, women could disrupt the course of even the most seaworthy sailor.When danger comes to Siren Island, Silas must do his best to quell the threat and keep Mirra safe. However, is Silas actually the one who has needed rescuing all along? 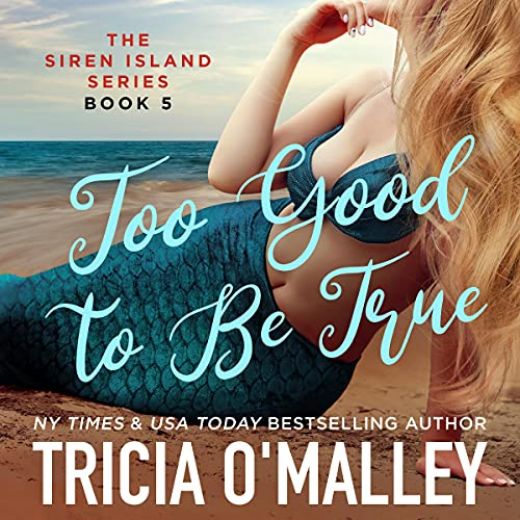 Mirra drifted with the current, enjoying the pull of the water as it flowed over her fin, stretching her arms in front of her to revel in the weight- lessness of being surrounded by the sea. Here, she was home. It was on land where she was constantly awkward, running into corners, and blushing when anyone paid her too much attention. Her twin sister, Jolie, had confidence in spades while Mirra preferred to take a quieter backseat to her antics. It was only when she returned to the sea that Mirra felt like she could truly be herself, and there she

found the confidence she wished for on the shore.
Now, diving deep, she pulled herself from her medita- tion and let herself tune into the flow and rhythm of the ocean surrounding her. It wasn’t difficult to do – not for a mermaid, at least – and she was able to read the energy of the reefs around her to see if there was anything in distress. Periodically, Mirra would spend an entire evening searching the reefs for turtles caught in fishing line, or cleaning up trash stuck on the corals. She considered it an

underwater gardening of sorts, and liked to keep the reefs around her island as tidy as could be.

When the distress call came, Mirra’s head went up. Closing her eyes, she sent out her power, like a sonar wave of magick, to find out where she was needed. The call went up again and tears spiked Mirra’s eyes as she surged forward, faster than any fish, and barreled toward where her friends were in trouble. Heart pounding in her chest, she came to an abrupt stop when she stumbled on the source of the call.

Dolphins were caught in a large-scale commercial fishing net. An entire pod of them, mothers and babies alike, all screamed to her for help.

Desperate, Mirra surfaced briefly, taking a quick scan of the situation. The boat was large, a whaler-type ship, and she knew they hadn’t caught the dolphins by accident. Large cranes creaked as they pulled the nets in, and her friends panicked, shrieking frantically in the dark water.

Diving below the surface, Mirra circled the net, sending a blast of calming magick to the dolphins and instructing them to huddle together in the middle so as not to get their fins caught in the net. From the sheath at her side Mirra drew a silver knife, impossibly sharp and blessed with magick from Poseidon himself. She focused, and got to work.

Her blade sliced neatly through the thick cable, but when it snapped, the cord whipped around her middle, ensnaring her in a hole in the net.

“Go!” Mirra urged, gasping for breath as she wrestled with the cable biting into the flesh at her waist. “Get out of here. I’ll be fine. Save yourselves!”

TOO GOOD TO BE TRUE 3

Mirra blasted the dolphins with her urgency and they streamed through the opening she’d created, fleeing from captivity and certain death. But once outside the net, they swam deep below her – far away from any chance of being captured again, but refusing to leave Mirra’s side. Mirra could hear the dolphins sounding the alarm, trumpeting for help from her brethren.

She gasped as the cable tightened, threatening to cut off her breath, and reeled her toward the boat. Dots sparked her vision, and Mirra knew she was only moments away from death.