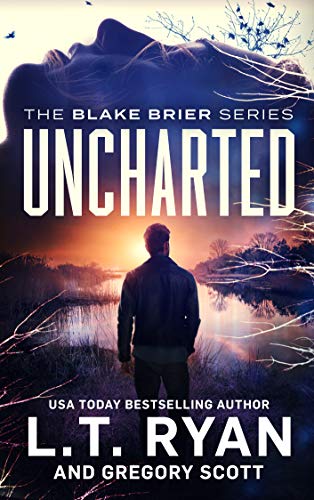 When an old friend calls in a favor, Blake Brier has no choice but to accept.

A runaway in over her head proves not what she seems. Brier must navigate UNCHARTED waters if he's to bring her back alive.

"A FIVE STAR story that grabs you immediately and you do not breathe until the book ends."

When Blake Brier gets a call from FBI Special Agent Andrew Harrison asking for help, he's obligated to assist. Looking out for a family member in need whose daughter has run away, Harrison asks Brier if he can use his unofficial channels and unorthodox approach to bring this to resolution.

Brier agrees, but after arriving quickly finds there's a lot more going on in the sleepy New England town. If he's not careful, he might end up among the missing.

Lives hang in the balance as Brier's investigation guides him into uncharted territory. And if he's not careful, he may never find his way back.

Uncharted pits Brier against a deadly adversary unlike any other he's faced.

An epic adventure awaits with all the non-stop action, suspense and thrills of an L.T. Ryan and Gregory Scott collaboration.