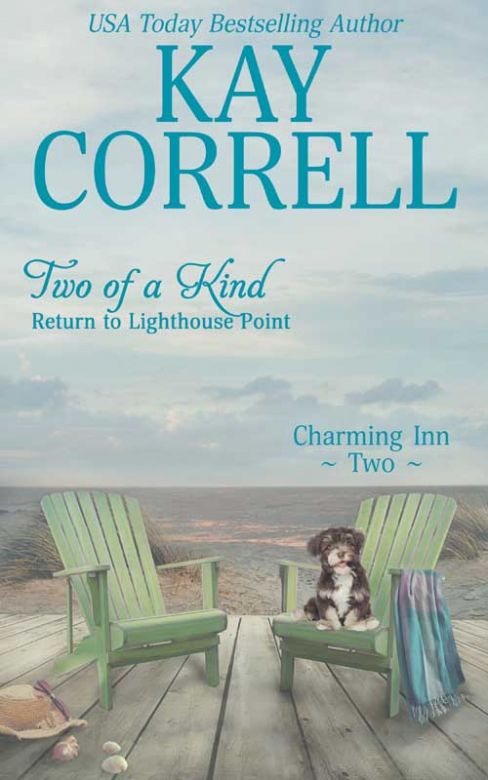 Charlotte finds herself living back on Belle Island, struggling to make a living in her now floundering art career. She moves in with her life-long friend, Robin, and attempts to find her love of painting again and prove to her family that she’s a successful artist. A bonus would be if she could make a bit of money from it so she could pay the bills…Ben works nonstop running the marina he took over when his father suddenly passed away. That, along with keeping an eye on his mother and restoring his father’s old boat keep him impossibly busy.But then Charlotte comes back to town and he can’t quite keep his mind on business…Though Charlotte is convinced that Ben still has a crush on her beautiful, captivating sister. What man doesn’t? Eva, the golden daughter, draws everyone’s attention when she enters the room.Charlotte has a chance to prove to everyone she can reinvent herself and have a successful art career—even if her family thinks her new style of nostalgic painting isn't really considered art. And Ben’s push to make his mother a bit more independent backfires on him.But wishes made at Lighthouse Point have a way of coming true—sometimes in surprisingly unexpected ways.Continue on with the stories of Charlotte, Sara, Robin, and their friends and family in this spin-off series of Lighthouse Point.This is book two in the Charming Inn series:One Simple Wish - Book OneTwo of a Kind - Book TwoThree Simple Things - Book ThreeFour Short Weeks - Book FourFive Years or So - Book FiveThe Lighthouse Point Series:Wish Upon a Shell - Book OneWedding on the Beach - Book TwoLove at the Lighthouse - Book ThreeCottage Near the Point - Book FourReturn to the Island - Book FiveBungalow by the Bay - Book Six

Charlotte Duncan stood in front of the easel in the brightly lit sunroom of the bungalow she shared with her friend Robin. She tilted her head from side to side, staring at it, thinking she wanted to add some birds flying over the turquoise shades of the ocean.

A small boy stood at the water’s edge, a pail in his hand. She’d painted glistening diamond-like sparkles where the sun hit the waves. She still needed to add some details. A sandcastle on the beach. Maybe a beach chair and umbrella. She scrunched up her face, trying to decide.

She still wasn’t quite used to this style of painting. Very different than the work she’d sold before. Since recently moving back to Belle Island, she’d painted a series of the beach and the small town here on the island, and they were leaning against the wall in a corner of the sunroom as she constantly added to the collection.

Robin entered the room and dropped her bag on the floor. “Hey, you started another painting.”

“I did.” She was always a bit unsure of showing her work. Especially her new work.

“I still think you should show it to Paul Clark and see if he’s interested in doing a showing at his gallery here on the island. Or you could show these new paintings to your agent. It’s really great work, Char.”

Ha, her agent-slash-boyfriend. She hadn’t quite gotten around to telling that whole sorry tale to her friend. “I don’t think my work is ready for a showing yet. I’m still working on my style.”

“You’re too hard on yourself. Always have been. Why not just show Paul a few of your favorites?”

Robin sighed. “You’re your own worst critic.” She snagged her bag from the floor. “I’ve got to run. I’m giving Lil lessons on the new software we installed at the inn.”

“I’m glad it worked out for you to help manage the inn.”

“I love it. Couldn’t ask for a better job. I just hope Lil thinks I’m doing a good job. Anyway, I’ve got to run. Oh, hey, the rent is due. Do you have your check for half? I was going to drop them by the rental office.”

“Okay, I’ll leave my check on the counter.” Robin disappeared out the door with a wave of her hand.

Charlotte put down her paintbrush. Yes, she had money for half the rent. This month. And next. But then she’d have to find a job or sell some of her artwork because that was about all she had left to her name.

Because she’d been a fool.

Ben Hallet stood out on the point in the deepening shadow of the lighthouse. It had been too long. He’d been out of town for longer than he liked, and it was so great to be home. He’d missed the beach, the sunsets, and his friends in the small town on Belle Island. Too many days in the crowded cities with traffic and noise and no opportunity to see the stars. But the travel was part of his job now that he’d taken over running the marina. He went to boat shows, regattas and races, and visited boat manufacturers. He went and checked on the other locations in their chain of marinas. But the part of the job he loved was back on Belle Island at the first marina his father had opened, the main one.

He also needed to call his mom and let her know he was back. She’d been lonely since his father had died. Guilt washed over him that he’d been gone so long. He tried to have dinner with her once a week and dropped by a few other times each week. He’d call tomorrow and catch up with her.

He pushed all those thoughts out of his mind. It was time to just enjoy the beach. This was his regular routine every time he returned to the island from a trip. He’d head straight to the beach. It was almost like the sea breeze stretched out her arms and welcomed him home.

Okay, that was crazy, but he never felt more like he belonged than when he was here on the island. He sank onto the sand, ready to watch the highly anticipated beautiful display of the sunset.

Charlotte walked along the water’s edge that evening, headed to Lighthouse Point to watch the sunset. She felt at loose ends these days. Even though she was painting again—thank goodness her ‘painter’s block’ had ended—she still needed to either sell her work or get a job. And what kind of job was she qualified for? All she knew was her art.

She took a deep breath and let the gentle breeze wash away her problems. She rounded the bend and saw a lone person sitting on the beach, looking out to sea. Another sunset watcher. She’d just walk past him and go to the other side of the point. Then they both could have their solitude.

She got closer, ready to just give a brief nod so as not to disturb him.

She paused and looked closely at the man sitting on the beach. “Ben?”

He stood up and gave her a hug. “Wow, great to see you. It’s been years. What, since high school? You here for a visit?”

“I moved back to the island.”

“You did? I thought you were in L.A. or something. I heard your work is selling great. Robin is always bragging about you.”

If only her work was selling…

She plastered on a smile and changed the subject. “So do you still live on the island?”

“Did your dad retire?”

A flash of pain flitted across Ben’s face. “No, he died a few years back.”

“Yeah, it’s been tough. Mom is trying to adjust and I’m trying to keep the business going without him, but really, Dad was the business. His skill. His reputation.”

“That must be tough.”

“It is what it is.” Ben shrugged. “So, where are you living now? Your folks moved away a while ago, didn’t they?”

“They did. Moved by Eva in Texas. Near Austin.”

She didn’t miss the spark in his eyes when he asked about Eva. She’d always thought that he’d had a crush on her sister when they’d all been growing up here on the island. But then what male hadn’t had a crush on her sister? They’d all followed her around, carried her books, bought her shakes at the ice cream shop, and asked her to school dances. She swore her sister had gotten like twenty invites to each school dance… and considering how small their high school had been, that was a good proportion of the guys at the school.