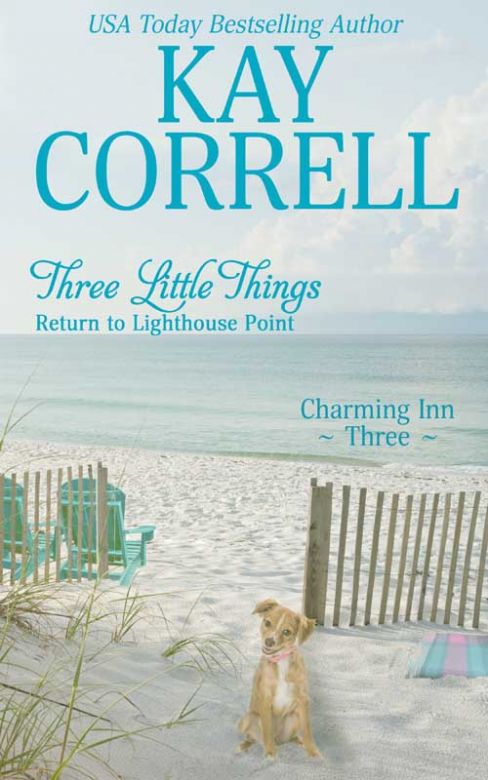 Widow, Ruby Hallet, has almost adjusted to living life on her own. She has her knitting friends in The Yarn Society—they call themselves The Yarnies. Her son, Ben, drops in often to see her—and he’s dating that darling woman, Charlotte. And she has her beloved dog, Mischief. What more could she need?David Quinn has not adjusted to his new life. He misses everything about his old life and he’s come to Belle island to escape.When Ruby and David meet on the beach and slowly become friends, they both begin to think they just might have a chance for a new life. Ben disagrees—loudly and often. The last thing his mother needs is a man in her life. Especially one who is just on the island for a short visit.But when David finds out the one thing Ruby doesn’t need might be exactly what he has to offer, their happiness is in jeopardy. Even the unwavering support of the Yarnies can’t change the cold hard facts.As The Yarnies work on the winter festival, a surprise visit and a wish made at Lighthouse Point might change everything. Because wishes really do come true when you toss a shell into the sea at Lighthouse Point and make a wish.Don’t they?A feel-good read in this spin-off series from Lighthouse Point. Continue reading about best friends, Sara, Charlotte, and Robin as well as the familiar townspeople of Belle Island.Either series can be read first, so jump right in!This is book three in the Charming Inn series:One Simple Wish - Book OneTwo of a Kind - Book TwoThree Simple Things - Book ThreeFour Short Weeks - Book FourFive Years or So - Book FiveThe Lighthouse Point Series:Wish Upon a Shell - Book OneWedding on the Beach - Book TwoLove at the Lighthouse - Book ThreeCottage Near the Point - Book FourReturn to the Island - Book FiveBungalow by the Bay - Book Six

Ruby Hallet looked out the kitchen window at the brilliant winter day. Winter here on the island was her favorite time of year. The humidity dropped, the temperatures were delightful, the rainy season was behind them, and the sun shone brightly most days. A perfect place to live.

She glanced over at Mischief, who’d thrown her a sit so she’d give him a treat. He didn’t exactly beg, he just sat there looking adorable in his scruffy, charming way. She grinned. “Here you go, boy.” She grabbed his favorite treat from the treat bowl. He sat patiently until she handed it to him. He gobbled it down and wagged his tail in appreciation.

“We’ll go for your walk as soon as I finish cleaning up the kitchen.” He wagged his tail again in answer. She swore he knew the word walk. And treat. And who knew what else?

Getting Mischief had been one of her better decisions if she did say so herself. His friendly tail wagging greeted her each morning, urging her to get up and out of bed with light nudges of his nose. She had to admit she also liked his gentle snoring as he cuddled up on the bed with her each night. It was nice to have someone to talk to in this empty house—even if she was just talking to a dog.

Her son, Ben, did come by often. Though, not quite as often now that he was dating Charlotte. Plus, he was so busy running the marina. She’d invited Ben and Charlotte for dinner tomorrow night, though, and was looking forward to that. She planned one of his favorite winter menus. She was going to make his favorite chili, homemade rolls, and a salad. If she had time, she was going to bake an apple pie today, too. Her son did have a healthy appetite, but he always seemed too busy to make himself a proper meal.

It pleased her that he was dating Charlotte. A perfect match for him in so many ways. She hadn’t heard any news from them about how serious they were getting, but she did know they spent a lot of time together these days.

Which also was a good thing. It kept Ben busy so he didn’t feel he had to come over here so often and check on her. Maybe he was finally adjusting to their new version of life. Though she knew Ben missed Barry as much as she did. It had been hard adjusting to living alone after being married for so many years, but she was learning that life goes on. Hiding out in the house hadn’t worked for her, and she’d slowly begun to discover what kind of life she could make for herself without Barry.

Mischief walked up to her, his leash hanging out of his mouth. She threw back her head and laughed. A laugh that came from deep inside and awakened some part of her that she’d kept hidden for so long. She reached down, patted his head, and took the leash.

David Quinn stood on the balcony of his room on the top floor of Charming Inn. The view of the sea was spectacular from his vantage point. But then, he seemed to appreciate the little things in life more these days like the waves rolling onto shore and a group of pelicans swooping by highlighted against the brilliant blue sky. He sucked in a deep breath, filling his lungs with the fresh, salty breeze and washing away the stale airplane air from his flight today.

The weathered wood of the railing was smooth beneath his touch as he ran his hands along it. He glanced down at his hands and frowned. They’d grown pale from months indoors. He used to have a healthy glow from being outside. He hadn’t realized how long it had been since he’d gone outside and done simple things like work in the yard or go for walks. He’d fix that now. Daily walks on the beach. Reading books out here on the balcony. He’d stocked his e-reader full of novels he hadn’t had time to read in forever.

This wasn’t exactly how he’d planned his life. He missed his job. He missed it a lot. But he wasn’t one to mull over what-ifs. They just drove a person down a long, twisted road. One he didn’t want to be on.

He needed to learn how to adjust to this new life of his. Not one to be scared off by a challenge—and these last few years had certainly proven to be that—he was going to figure out this new way of life.

He turned to head back inside, grabbed his suitcase, and put it on the luggage rack. He quickly unpacked and changed into jeans and a long-sleeved shirt. Perfect for the winter weather on the island, and a nice change from heavy winter coats and boots back home in Kansas City. Not to mention, he hadn’t seen the sun back home in weeks. They’d had day after day after day of gloomy, gray skies. The dirty snow and dreary skies had started to get to him when he’d finally realized that he didn’t need to stay home and endure them.

He’d read about Belle Island in an article about where to go to escape winter. After reading some reviews of Charming Inn, he’d booked a room for a few weeks and promptly flown down to Florida. He’d left the dismal gray town in the Midwest far behind him. And hopefully left his trouble behind, too. Though, he’d realized he couldn’t run from it… it would always be with him now. But it didn’t have to be the defining focus of his life. Even if it would always be there, clinging to the back of his mind, no matter how hard he tried to ignore it.

He glanced out the window, pushing away all troubling thoughts, and grinned at the brilliant blue sky and fluffy white clouds. Yes, coming to Florida for a break had been one of his better ideas.