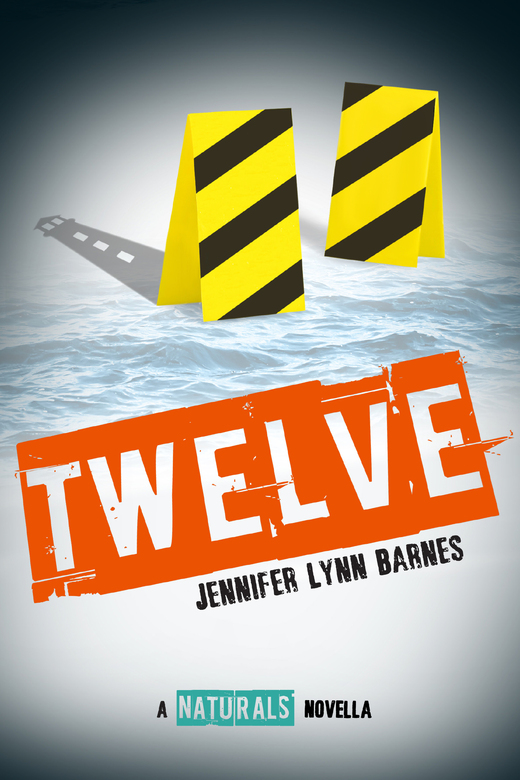 Cassie Hobbes has been working with the FBI since she was a teenager. Now twenty-three years old, she and her fellow Naturals have taken over running the program that taught them everything they know. As a unit, they're responsible for identifying new Naturals -- and solving particularly impossible cases. When their latest case brings back a ghost from their past, Cassie and the other Naturals find themselves racing against the clock -- and reliving their own childhood traumas. In a small, coastal town in Maine, there has been a rash of teen suicides -- or at least, that's what the police believe. Mackenzie McBride, age twelve, thinks differently. Desperate to make herself heard, she stands at the top of a lighthouse, threatening to jump . . . unless the FBI agents who rescued her from a kidnapper at age six come to hear her out. Enter the Naturals. It doesn't take Cassie long to realize that Mackenzie isn't bluffing: she truly is convinced that the suicides are murder, and she really will jump if she can't get the FBI to believe her. To the outside world, Mackenzie is nothing more than a traumatized child. But so was Cassie, once upon a time. So were Michael, Dean, Sloane, Lia, and Celine. With a storm rolling in off the ocean and Mackenzie's position becoming more precarious by the moment, the Naturals have very little time to get to the truth about the deaths--and about twelve-year-old Mackenzie McBride.

“Best, Worst, Most Improbable.” Sloane paused half of a half of a beat. “Go!”

Based on her energy level—and the fact that she’d spent the first thirty-two seconds of this phone call verbally calculating the incidence of poodle-related deaths in the southwestern United States—I inferred that Michael and Dean had failed to intercept Sloane’s coffee delivery that morning.

At the ripe old age of twenty-three, my former roommate still couldn’t hold her caffeine.

“Somebody start,” she said cheerfully, “or I will be forced to tell you the twelve most exciting wallaby statistics I know.”

This was Week 10 for my fellow Naturals at the FBI Academy. Not that I’m counting. Sometime around Week 7, a competition had developed between the NATs—New Agent Trainees—and the NIATs—New Intelligence Analyst Trainees—to see who could sneak “Sloane the Statistical Genius” the most coffee.

I was under the impression the NIATs were winning.

“You first, Colorado.” Michael Townsend sounded exactly the same on speakerphone as he did in person.

Dean sounded different. “Start with the best part of your week.” My boyfriend’s Southern accent had mellowed over the years, but in the past two months, I’d heard his drawl creeping back.

Quantico was home once. I fell back on an old habit, profiling Dean when I couldn’t read the expression on his face. It’s also too close to your father’s old hunting grounds for comfort.

“Best part of my week.” I focused on the task at hand. Phone calls didn’t last long these days, and I needed this as much or more than Dean did. “I found a pair of brothers in Texas.”

“Cover your ears, Redding,” Michael quipped. “Cassie is going to tell us more about these brothers.” I could practically hear him winking on the other end of the line. “Are they more handsome than Dean? Less broody? More favorable to incorporating colors into their wardrobe?”

I rolled my eyes. Dean and I had been together since we were teenagers, and Michael had taken great joy in singing the same song nearly the whole time.

“One of the brothers fits our criteria,” I continued, pointedly ignoring him. “There’s definitely evidence of Natural-level ability there.”

In the past five years, we’d succeeded at identifying a handful of Naturals, but most had been adults. I’d sent a dozen or more to the FBI Academy, but only three had come to Colorado to be trained the way that Michael, Dean, Sloane, Lia, and I had been.

“The worst thing about my week,” I went on, leaning my back against the wall, “is that we’re still not sure which of the brothers is the Natural.”

Every ability exists along a spectrum. That was how I’d start the conversation if we identified which brother had raised the flags in our system—and if my final analysis suggested that I could bring the kid in without doing him more harm than good. Every spectrum has two extremes: one with very low levels of that ability and one with very high. Naturals are one in a billion. I should know.

I was a Natural profiler.

“Are we playing Best, Worst, Most Improbable?” Lia Zhang, civilian FBI consultant, long-term thorn in my side, Natural, and—against all odds—one of my closest confidantes, appeared in the kitchen of our Colorado house.

Or, more specifically, our base of operations.

Lia plucked my cell phone from my hand, and set it to speaker. “I’m guessing Cassie told you guys about the boys in Texas.”

“Best part of her week,” Sloane confirmed. “And the worst.”

Lia arched an eyebrow at me. She was our resident deception detector, a Natural at picking out lies and telling them.

“Care to try again?” she asked me.

The best part of my week really had been the development in Texas. But the worst…

“I’m having the dreams again.” I should have hated Lia for making me admit that, but what was the point? Like me, Dean was a profiler. Michael was a Natural at reading emotions. Even if I hadn’t said anything, they would have clued into the fact that something was up.

“You can call me, you know,” Dean said on the other end of the phone line. “Any time.”

I did know that, but I wasn’t a teenager anymore. It had been five years since I’d been captured by the Masters. Five years since my mother’s death. As much as I knew about the ins and outs of the human mind, I couldn’t help wanting my own to work differently.

I could deal with being wounded. I didn’t like feeling scarred.

“Most Improbable is next!” Sloane interjected brightly. People were harder for her to understand than numbers, but I was fairly certain she knew that I needed the distraction.

“The most improbable part of my week…” I allowed myself to be distracted and felt a grin nudging the edges of my lips upward. “Laurel made a friend.”

My sister was nine years old. She’d spent the first four years of her life being raised by a cult of serial killers. To say that she was different would have been an understatement. Friendship didn’t come easily to her. Neither did “not creeping people out.”

The idea of my morbid, introspective, too-quiet little sister with a perky, pony-riding best friend was almost unfathomable—and such a relief that I could physically feel the muscles in my stomach relaxing when I pictured the way Laurel had almost smiled after delivering the news in an utter deadpan.

“Did you know there’s an ongoing debate about what constitutes a pony?” Sloane couldn’t help herself, in part because of the caffeine and in part because she was Sloane. “Depending on who you believe, the maximum qualifying height varies between one-hundred-and-forty-two centimeters and one-hundred-and-fifty centimeters, which is also the height of one-point-four-four very tall wallabies.”

There was a single beat of silence.

“The guys fall down on coffee-interception duty again?” Lia asked me.

“As much as I love the criticism strongly implied in that question,” Michael cut in, “I’ll completely ignore it and go next. Best part of my week: I annoyed six out of seven of our instructors. Worst part of my week: the seventh is proving a deceptively hard nut to crack. Most improbable…” He paused. “Lia doesn’t hate me this week.”

The term on-again, off-again had been invented for a reason. Michael and Lia were that reason.

“Best part of my week: hating Michael.” Lia shot a sly smile at the phone. “Given that all of our communications are currently of the long-distance variety, expressing my distaste for his person was far more emotionally gratifying than I’d expected.”

I stifled a snort.

“Worst,” Lia proceeded, “the Naturals program has been assigned a new FBI liaison. If there’s one thing I hate, it’s breaking in a new special agent.”

That was part of the reason that Michael, Dean, and Sloane had gone to Quantico. Once we’d hit eighteen, the five of us had been classified as “civilian consultants.” But to work Bureau cases, we needed a Bureau team.

This was the first year any of us were old enough to attend the Academy.

“Most improbably, however,” Lia continued, rounding out her trio, “our new liaison is Celine.”

Celine Delacroix was Michael’s half sister, just enough older that she’d already made it through new agent training. That made her Special Agent Delacroix now.

“Speaking of Celine…” Lia trailed off meaningfully. “Sloane, perhaps you’d like to go next?”

Sloane had never been one for teenage crushes, but she and Celine shared something. And whatever it was—lately, it had gotten more intense.

Celine had just gotten back from Quantico.

“I can’t share the best part of my week or the most improbable part,” Sloane said. “Due to the fact that they are both classified.”

There was a long, suspicious pause.

“The worst part of my week,” Sloane replied brightly, “was blowing up Hogan’s Alley. But in my defense, a person cannot, by definition, defuse a bomb unless it’s operational to begin with.”

And that, I thought, is why the FBI Academy might not survive the Naturals.

“Hogan’s Alley,” Lia repeated. “As in the fake town the FBI uses for training purposes?”

Sloane was quiet for a second or two. “I only blew up seventeen percent of it.”

That seemed like as good a time for a subject change as any. “Your turn, Dean.”

I imagined the way he would look in an FBI Academy dorm room. He’d be sitting on the end of the bed—hospital corners, if he was the one who’d made it. Getting inside his head was a matter of instinct as much as training.

You’re looking at the phone and thinking about me.

“This.” Dean had always been a person of few words. It took the others a moment to catch on, so I translated.

Being separated was tough on us—all of us. Their training schedules didn’t allow for much downtime, let alone regular visitation. Knowing it was tempo. . .