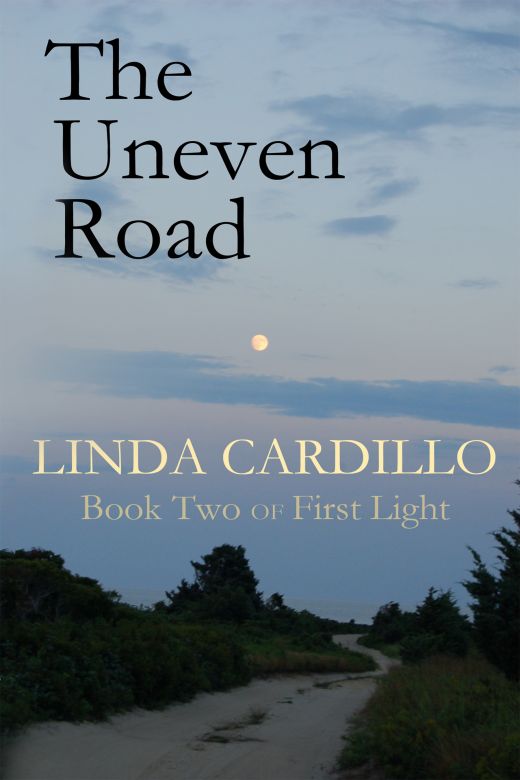 The remote peninsula of Innisfree on Chappaquiddick Island carries the weight of dreams and loss and salvation for Josiah Monroe, whose life has been molded by its wildness and isolation. When his parents make the painful decision to sell Innisfree—the symbol of his Wampanoag heritage and identity—Josiah abandons the island, seeking solace in a wider, more dangerous world. The Vietnam War, the upheaval of the Sixties and the rejection of his roots lead him on a perilous journey that takes him far from Chappaquiddick both physically and emotionally.The loss of Innisfree catapults the entire family into a spiral of disconnection. Mae and Tobias struggle not only with Josiah’s disappearance and silence but also with the debilitating polio suffered by his sister, Izzy, as the new owner of Innisfree becomes a force driving them apart. Ultimately, it is the power and magic of the island itself and the bonds of family that call them back to one another.

“On the grey sand beside the shallow stream”

“Izzy, come on! Mom’s waiting for these last buckets of quahogs for the chowder. It’s almost lunch time and I can see boats heading over to the dock already.”

Josiah called to his sister from the base of the rough-hewn steps that led up from the clam flat to the promontory where his family’s house perched overlooking Poge Bay. Beyond the house were Betty’s cottage and then his family’s Boat House Café itself, where his mother and Betty were busy in the kitchen preparing for the lunch crowd. It was late June, a week before the Fourth of July, and summer people had begun arriving, swelling not only the population of Chappaquiddick but also the number of bowls of chowder his mother needed to fill every day.

It was hot, with not even a light breeze to lift the Stars-and-Stripes. It was his job to raise the flag every morning, the signal that the café was open. He wiped the sweat running down his forehead. He and Izzy had been out in the shallows raking for clams since the tide had run out a few hours ago.

Although she was only seven, Izzy could wield a rake pretty well and usually filled her bucket almost as fast as he could. Her bucket was smaller, of course, suspended like his in the middle of an old inner tube that floated as she moved over her patch of the bed. They each had their own territory. Their dad, Tobias, had settled their squabbling one day last summer when Josiah had thrown up his hands in frustration that he couldn’t do his job right when Izzy was close. He worried that he’d accidentally run the rake over her foot or knock her over as he pulled the rake through the sand.

Josiah worried about Izzy a lot. She was five years younger than he was. His parents sometimes called her their miracle baby, a child they never expected to have because his mom had been so sick. He worried because Izzy was a dreamer, her mind often someplace else instead of paying attention—like the day when a monster wave rolling in on East Beach was about to swallow both her and the sand castle she was building. He had raced to pull her away just in time.

He called to her again. She was kneeling at the edge of the shallow pool of stagnant water that filled a dip in the sand along the shore of Shear Pen Pond. She was braced on her hands, staring at something in the water. It made him think of the myth his English teacher had made the class read. Narcissus had admired his reflection so much that he fell in love with it and drowned. Josiah shook off the creepy feeling that came over him. Izzy couldn’t drown in that shallow water. Besides, she knew how to swim. His dad had said island children learned to swim almost before they could walk. It was stupid to think Izzy would come to harm watching whatever it was that had so captured her attention.

He stalked over to the water and picked up Izzy’s bucket.

“I'm not going to wait for you another minute. Mom needs the clams. Don’t be late for lunch.”

He shrugged, realizing that she probably hadn’t heard him. He knew it would mean that he’d have to come back to get her, but he wasn’t going to drag her away. He trudged up the steps with both buckets, the clams knocking together as he swung his arms. It was too hot for chowder, he decided. Instead, he’d eat his clams raw.

He remembered the first time he’d tasted a raw clam. He’d been down on that same beach with his dad, younger than Izzy was now. Tobias had raked up a full bucket and set it on the sand, beckoning Josiah to pick out one clam. Josiah had studied them for a long time and finally pulled one out of the pile, the coarse white and gray striations of its shell swirling with precision from its hinge. Tobias took the clam and slipped a short blade between the two halves, prying them apart to reveal the flesh. He rinsed off the morsel in the sea and handed it to Josiah. He tipped it into his mouth, tasting the brine and feeling the different textures—the soft, tender belly and the tougher foot—against his mouth. He wiped his mouth with the back of his hand and grinned at his father. Tobias grinned back and then they made their way back up to the house. When Josiah was older, Tobias had taught him how to wield the knife and Josiah had offered his first shucked clam to Izzy, right here on this beach.

Now, when Josiah got to the top of the steps he looked back at his sister, still crouched over the water, oblivious to the heat and the bugs. He turned reluctantly toward the café with his laden buckets, knowing his mother was waiting for him but feeling uneasy about leaving Izzy. His eyes didn’t detect any danger—no storm clouds were gathering over East Beach, no brush fires were smoldering on the edge of the woods. But he sensed something hovering over his sister, unseen and menacing, and it made his skin prickle.