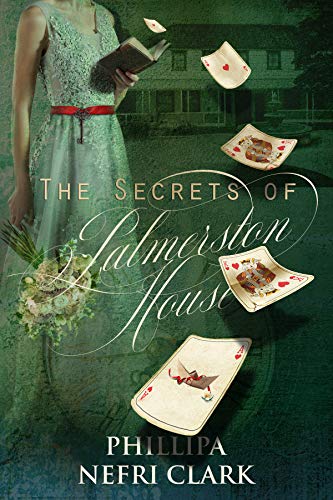 Could an historic house hold the key to their happiness?

The small seaside town of River's End is abuzz with the upcoming wedding of Christie Ryan and local artist, Martin, to be held at historic Palmerston House. Once home to Christie's ancestors but lost in a poker game in the 1850s, it's now an inviting bed and breakfast.

When a stranger arrives to stay at Palmerston House and starts asking questions around town, Christie begins to wonder about the history of the house. Do the locals know more than they are letting on and is someone hiding something?

Christie decides to do some investigating of her own, determined to uncover the true story behind the house's ownership. But it turns out she's not the only one with suspicions and searching for the truth can be a dangerous pastime . . .

Will Christie and Martin get to walk down the aisle or will powerful forces from the past conspire to ruin their perfect wedding day? The key to their future may well lie in untangling secrets long forgotten.

The Secrets of Palmerston House is a dual-timeline story following on from Jasmine Sea. It has its own HEA.