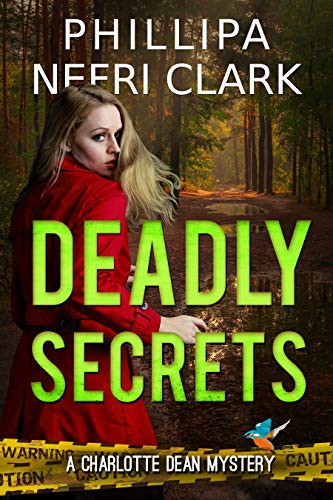 Keeping secrets can be deadly . . .

The charming town of Kingfisher Falls is the place former psychiatrist Charlotte Dean now calls home. When she stumbles across an old, shallow grave in the bushland carefully decorated with flowers, Charlotte feels compelled to investigate.

The trail leads to an unsolved case of a runaway. Is it possible that the young woman didn't leave town after all? Meanwhile, there's a new face in Kingfisher Falls--a clairvoyant who is winning the favour of the locals. But Charlotte can't bring herself to trust the mysterious woman.

As Charlotte's search reveals more important clues, her attempts to uncover the town's secrets could prove to be a deadly pastime. It seems someone is out for revenge and now their quest for revenge includes Charlotte . . .

The Charlotte Dean Mysteries is a brand new series of small town whodunits from the author of The Stationmaster's Cottage.

The Charlotte Dean Mysteries are linked to the River's End series by Charlotte. She first appeared in Jasmine Sea, stayed for The Secrets of Palmerston House, then moved to Kingfisher Falls. It is not necessary to read these first, but will add to her backstory. All of Phillipa's books are on her Amazon page.