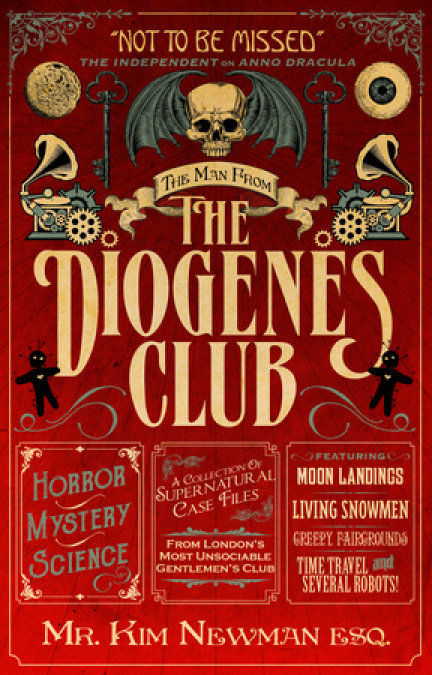 The Man From the Diogenes Club

CAN’T ELIMINATE THE IMPOSSIBLE? Send for the man from the Diogenes Club!


The debonair psychic investigator Richard Jeperson is the Most Valued Member of the Diogenes Club, the least-known and most essential branch of British Intelligence. While foiling the plot of many a maniacal mastermind, he is chased by sentient snowmen and Nazi zombies, investigates an unearthly murderer stalking the sex shops of 1970s Soho, and battles a poltergeist to prevent it triggering nuclear Armageddon. But as a new century dawns, can he save the ailing Diogenes Club itself from a force more diabolical still?

Newman’s ten mischievous tales, with cameos from the much-loved characters of the Anno Dracula universe, will entertain fans and newcomers alike.